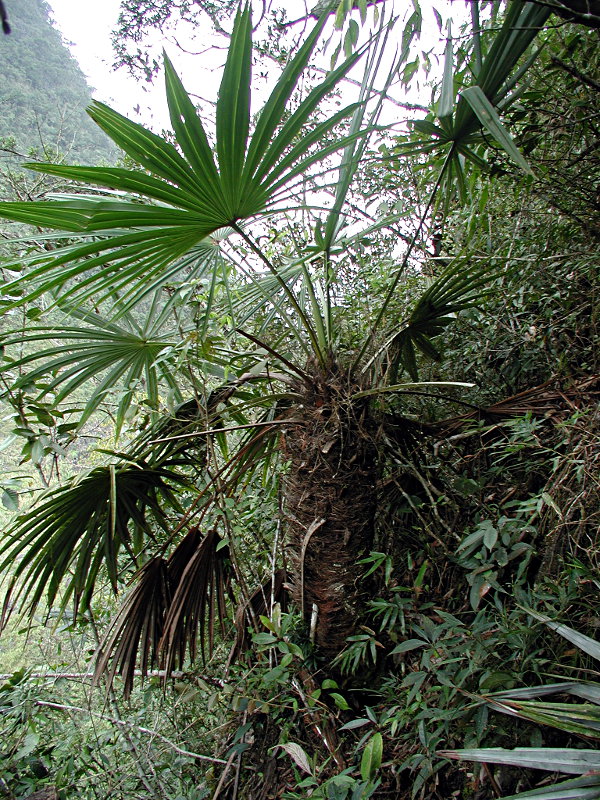 It is found in mountainous regions of North Vietnam and South China close to the border of Laos and Vietnam.

A solitary, small palm with a short trunk covered in very coarse, short, persistent leaf sheath fibers. It has a small number of large, flat, thick, leathery palmate leaves which are a deep, glossy dark green above and a waxy white below. They have about 40 segments in groups of 2 or occasionally 3 which gives them an interesting appearance.