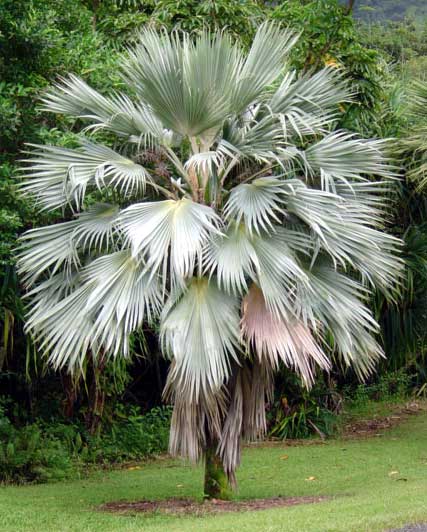 Not endangered and well established in cultivation. Over 300 palms are said to be growing in habitat on Huelo Islet, which is free of Polynesian rats, goats etc. (Ref. 3).

The island of Molokai, on the islet of Huelo.

Palm 5-7 metres high with a crown of large leaves. The leaves are rigid with stiff points, smooth above but waxy glaucous below and devoid of scales. The petioles and lower costae are densely covered in ash-grey felt. Figure 1 is the "blue Dwarf" variety, the waxy glaucous coating extends to the leaf upper surface.

The inflorescence is shorter than the petioles (Fig. 3). The fruits are virtually globose, measuring around 20 mm with seeds 11-13 mm in diameter (Fig. 4,5).

The palm is variable in overall appearance with green leaves (Fig. 2) ranging to the "blue dwarf" which has, according to specimen, more or less waxy glaucous leaves on both sides (Fig. 1) The "blue dwarf" is regarded as especially attractive. Rock (1921) described a 'robust' variety with very large leaves, being cultivated near Kamalo on Molokai, but commented that the size of the palm may be due to soil conditions. 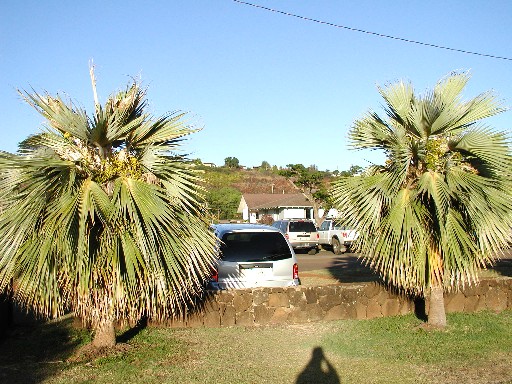 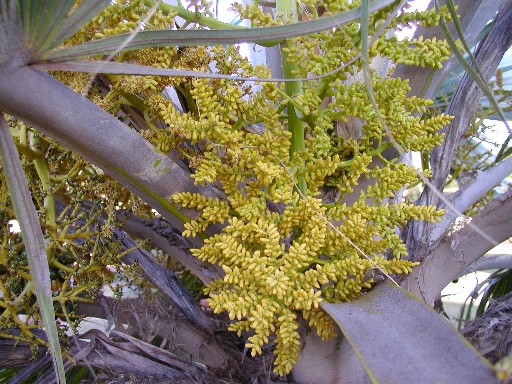 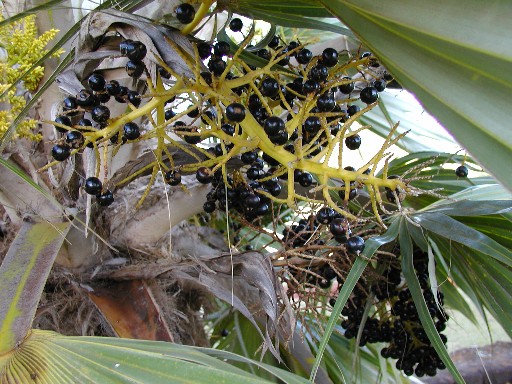 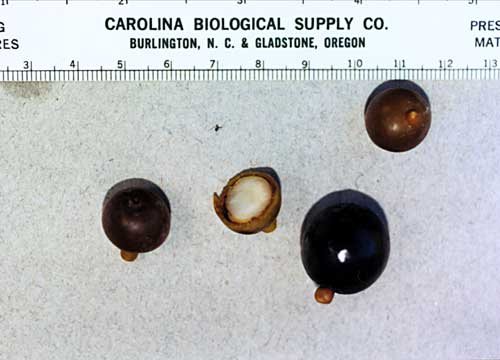