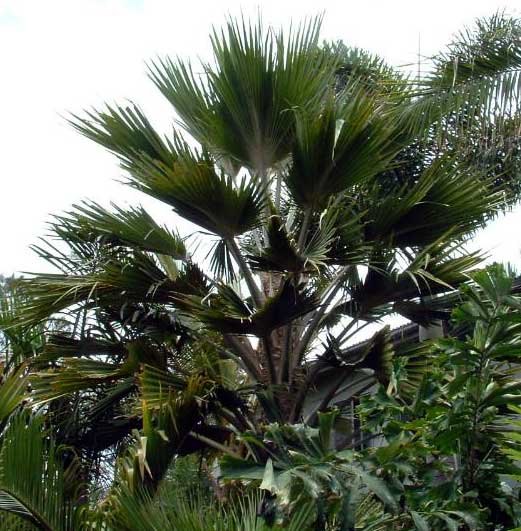 It is not considered threatened.

A variable, medium to large palm up to 25 metres high," petioles with pale or pinkish colored soft wool extending from under the petiole along the segment folds. Leaf blades cuneate, glabrous above,"covered underneath with a few scattered scales. Globose fruits, 24 mm diameter; seeds 16mm diameter. The flowers and fruit are similar to P. hillebrandii, but the seeds are larger.

Figure 2 shows P. affinis"growing in the McBride gardens on Hawaii, note the very upright petioles and the mass of fibrous material at the base of the leaf crown. Figure 3 shows the immature and mature fruit. Originally 3 varieties were described, but these descriptions probably took little account of the variability of the species and even the author, Beccari was not convinced of the validity of the varieties.

Said to be slow at first then accelerates. Seedlings germinate within 4-6 weeks and grow slowly initially compared with P. hillebrandii or P. pacifica. 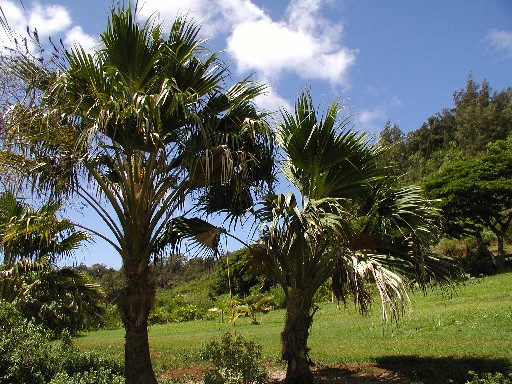 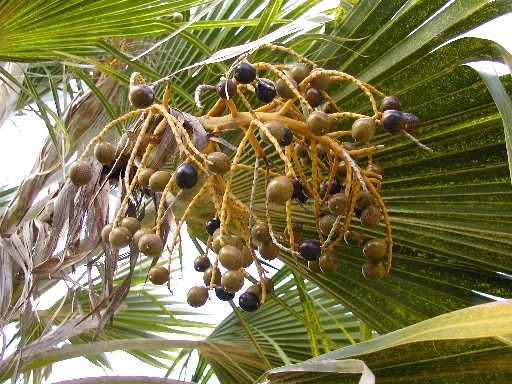 Figure 3. The immature and mature fruit of P. affinis.