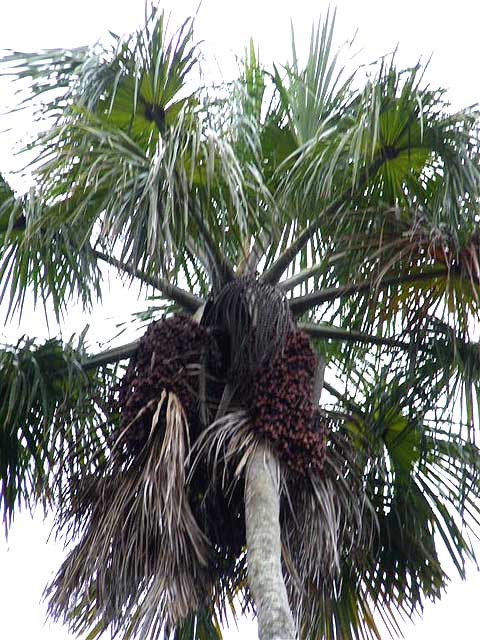 Aguaje,
It" Palm,
Buriti Palm,
Moriche Palm,
and many other local names.

Riverine swamps in north-eastern South America, around the western Amazon and Orinoco Rivers.

A very large and spectacular palmate palm to about 25m tall, with petioles up to 6m long, and the leaves forming a rounded crown. The fruit which is covered in shiny scales is a yellow/reddish colour, and covers a hard, oval, edible nut and an inflorescence can weigh up to 40kgs. 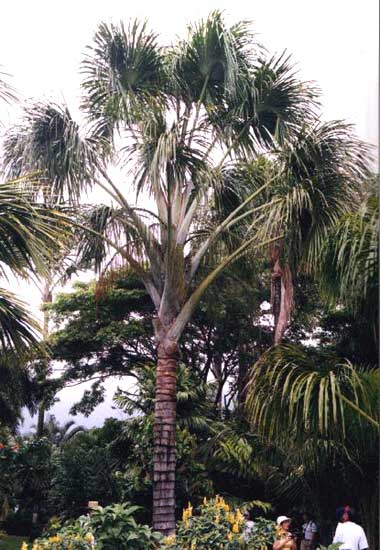 One of the most used plants in the Amazon. The fruits are either eaten raw, dried and made into flour, or made into a paste which can be used to make alcoholic, ('buriti wine') and non-alcoholic drinks. They also yield a palm-oil. which is high in vitamin A and is frequently used to treat burns, because of its soothing qualities and its ability to promote the formation of scar tissue. The pulp is also widely used in the production of juice, jam, liqueurs and other exotic drinks with a high vitamin C content. The inflorescence and buds are consumed, while starch is extracted from the trunk. The leaves, petioles, and trunks are used in housing.

Full sun, and lots of water. A very vigorous grower whose roots will normally out compete any nearby plant. Suitable only for the tropics, and warm sub-tropics. 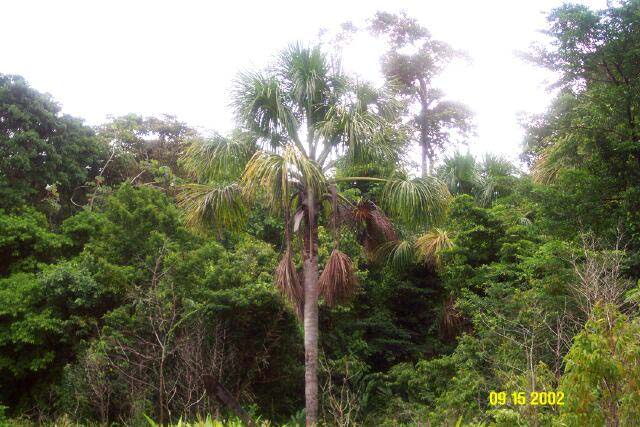 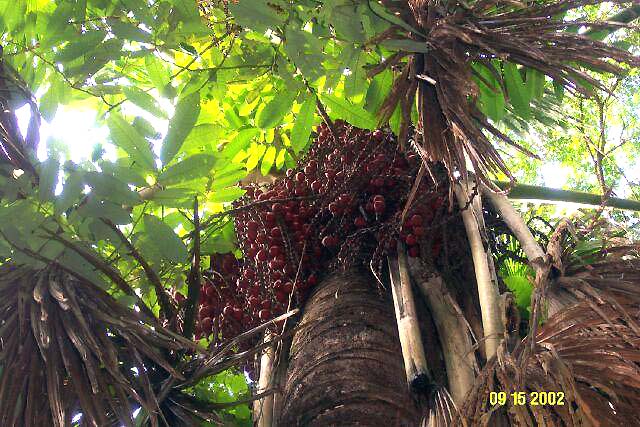 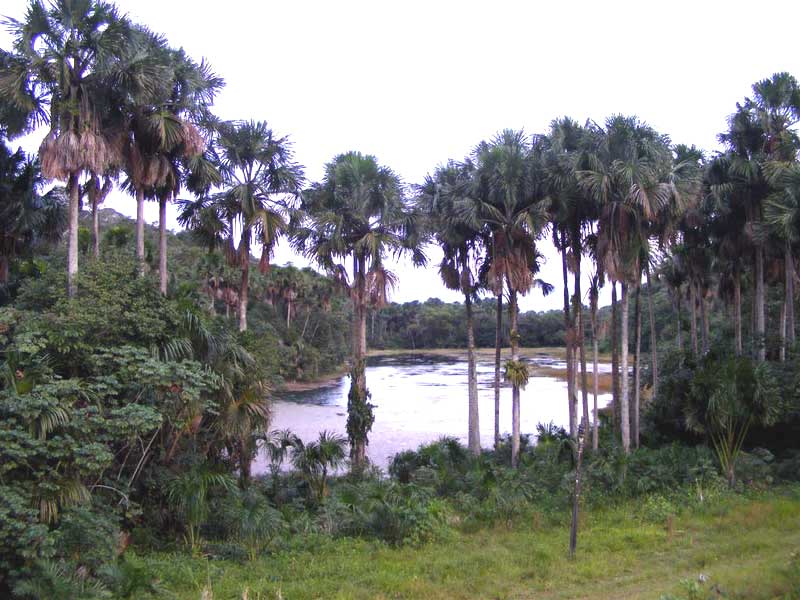 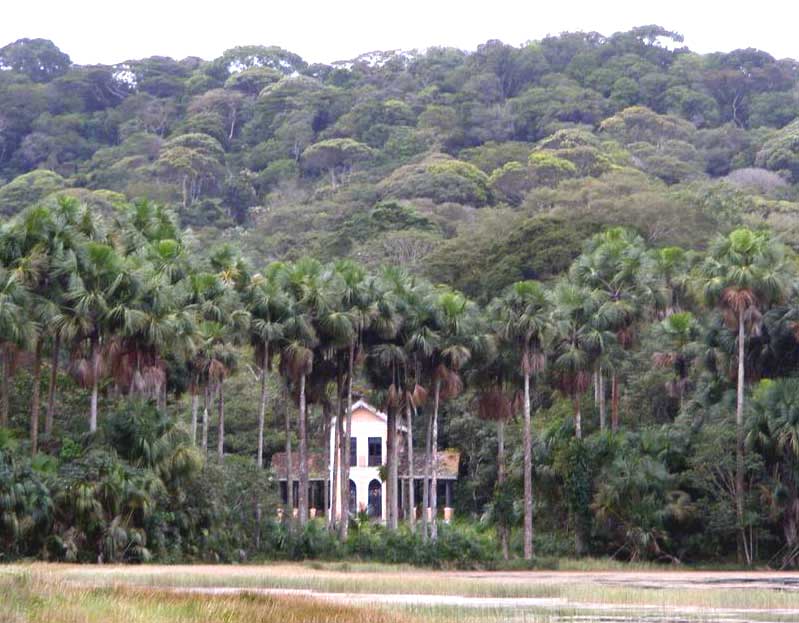 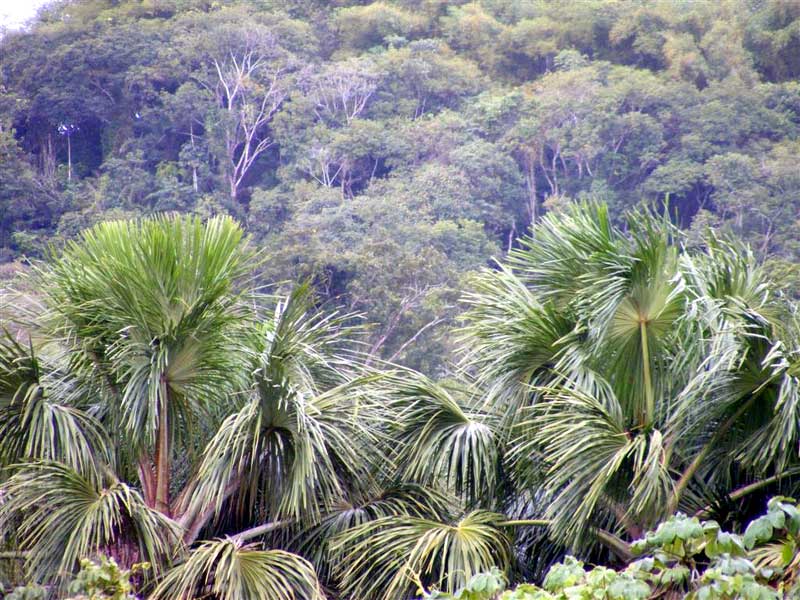