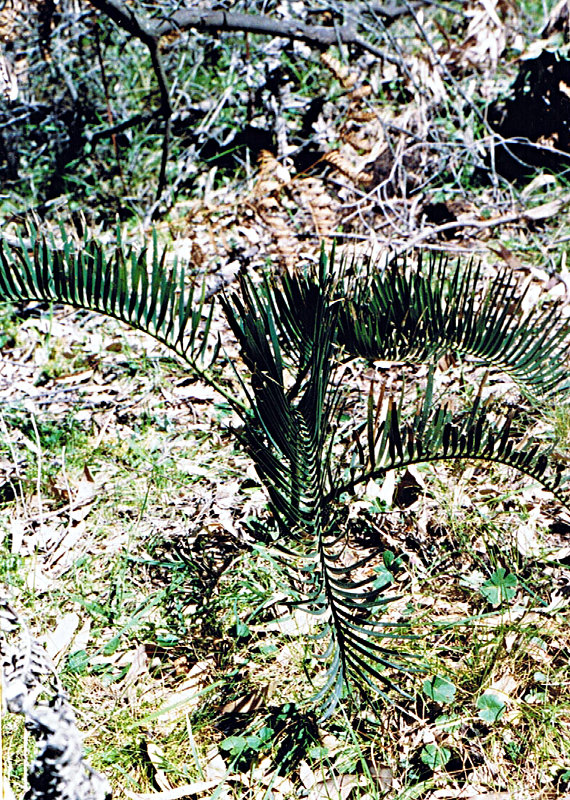 Macrozamia secunda is a small (Section Parazamia) cycad that is endemic to New South Wales and which has a subterranean caudex. It was named after its pinnae which face to one side of the rhachis.

M. secunda has a widespread distribution pattern in the generally flat and dry inland areas of central-western New South Wales between Gilgandra and Grenfell and, also, in the Dubbo/Mendooran area. It also grows near Mudgee, on stony hillsides in dry sclerophyll forest, on the slopes of the Great Dividing Range.

M. secunda normally has an unbranched caudex and generally grows in a pattern of scattered individual plants under a eucalypt canopy, sometimes with a Callitris sp. understorey.

Mudgee (elevation - 454 metres) has an annual average rainfall of 668 mm (spread over 79 rain days) with winter minimum and summer maximum daily temperatures (reached at least once per week during July and January) of -3.2 and 35.5°C. respectively. Frosts occur on an average of 57 days per year.

The principal characteristics of M. secunda are: 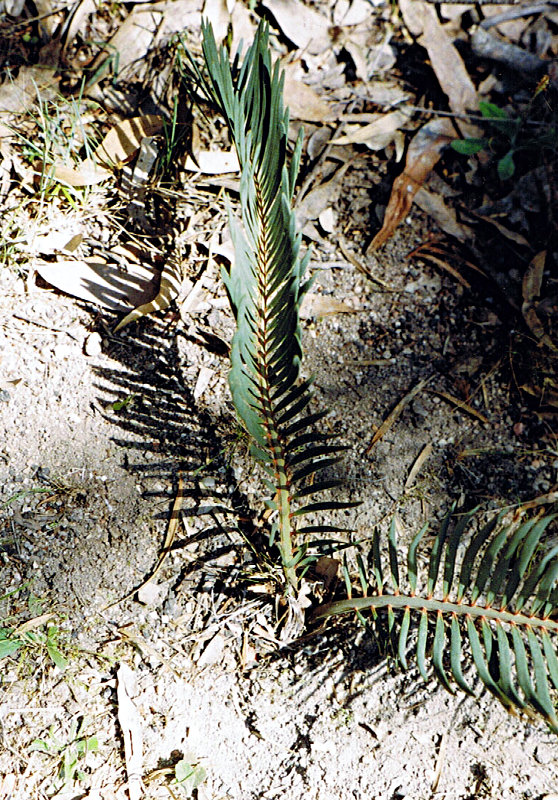 M. secunda plants normally have an average of 3 to 4 fronds, with some plants having only one frond. The number of fronds can range up to a maximum of about 10. New fronds, which are produced very infrequently, are a very attractive blue-grey colour with distinctive pinkish-red callouses at the point where the pinnae join the rhachis. Like some other Section Parazamia species, as the new fronds harden with age they undergo a colour transformation and change from blue-grey to a faded blue-green colour, while the callouses change from pinkish- red to a creamy-white colour. The fronds are often subject to insect predation.

The pinnae on M. secunda normally rise from one side of the rhachis at an extremely acute angle and either:

The untwisted rhachis of M. secunda is usually curved in a sickle-shaped or arched manner and often has a sharply recurved apical section; which can result in the extremity of the frond (or the downwardly-inclined pinnae on the recurved section of the frond) almost reaching or sometimes touching the ground " see attached line drawing of M. secunda, by G J Harden (Figure 10), from the 1980 book "The Flora of Mt. Arthur Reserve, Wellington, N.S.W.", which illustrates this particular frond trait. Near Mudgee, the fronds normally grow to an average length of 30 to 50 cm while, paradoxically, their average above ground height usually ranges from 20 to 35cm.

Although it may seem incongruous for the above ground height of the fronds to sometimes be considerably less than their overall length, this, in fact, does occur because of the tendency of the fronds to curve or arch in an almost semi-circular manner " with the result that the tips of the upwardly-inclined median pinnae often stand (relatively) much higher, above ground level, than the tip of the frond. 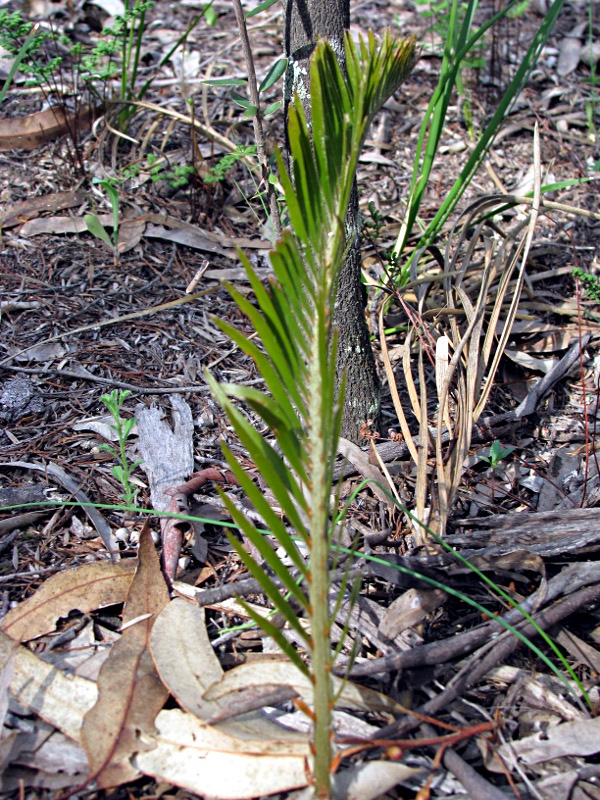 In the stand near Mudgee, M. secunda grows in very close proximity to a stand of small M. reducta plants and hybrid plants are evident.

Given a more conducive environment, it is possible that M. secunda plants from the Mudgee area, which are arguably smaller than M. secunda plants in most other habitat locations, could increase in both size and number of fronds " though some cycad enthusiasts would argue that plants from this particular location have adapted to growing in extremely marginal conditions and may not show any distinct change in growth habits even in cultivation.

On an affinity basis, M. secunda has a degree of relationship to M. spiralis, but it is much smaller and easily distinguishable from M. spiralis by virtue of its sickle-shaped rhachises with sharply recurved apical sections and its pinnae which rise from the rhachis at an extremely acute angle. 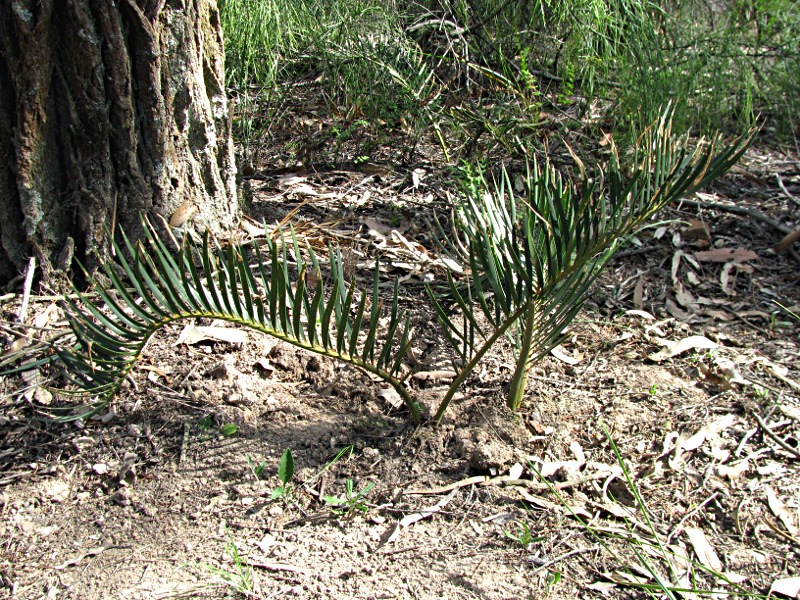 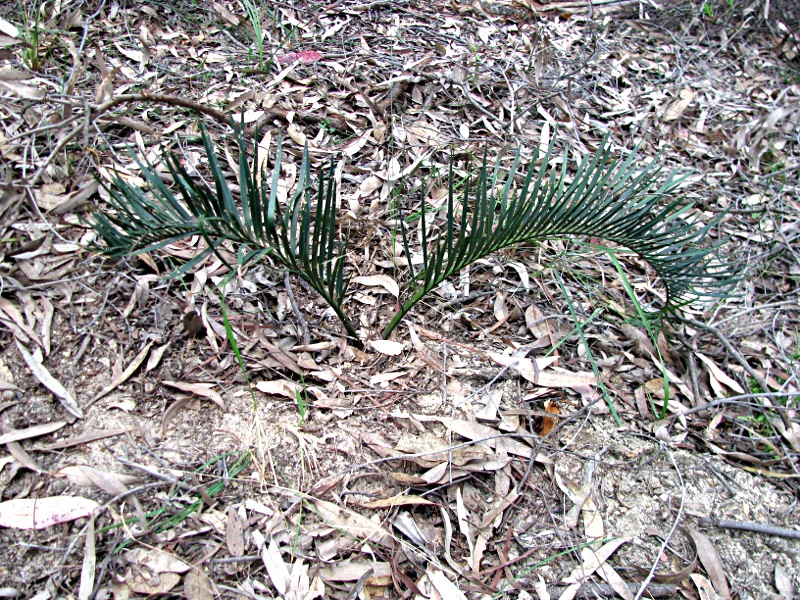 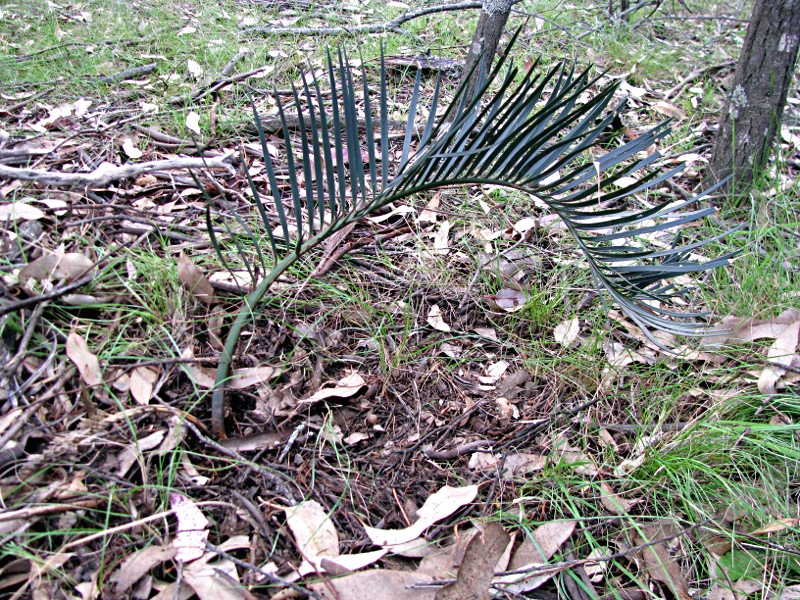 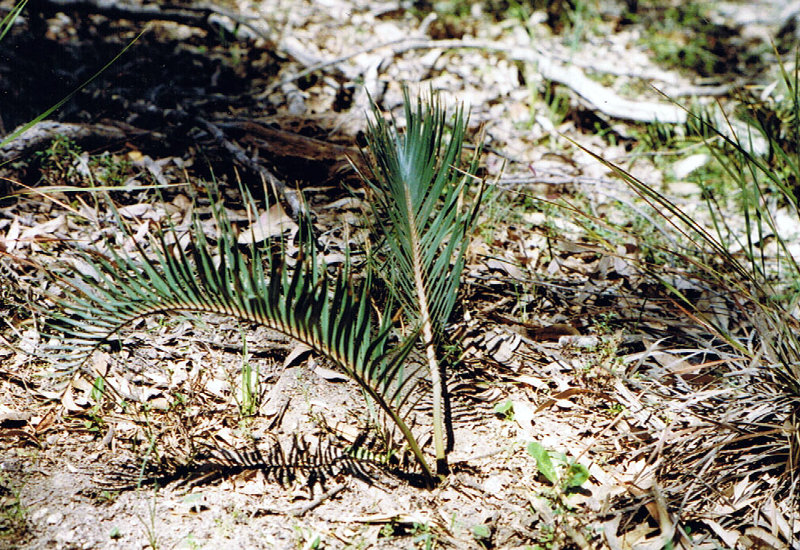 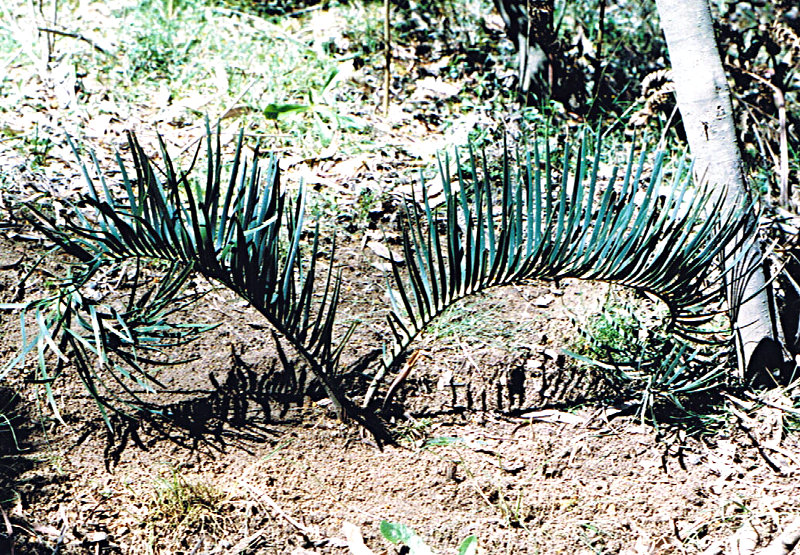 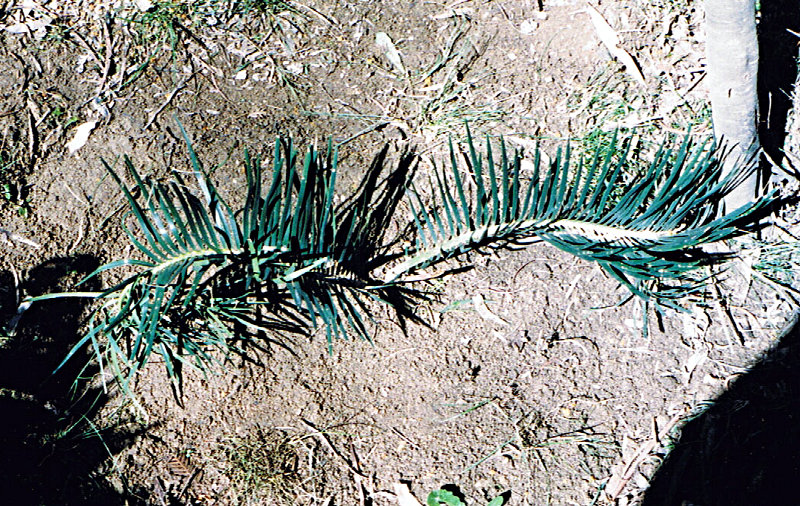 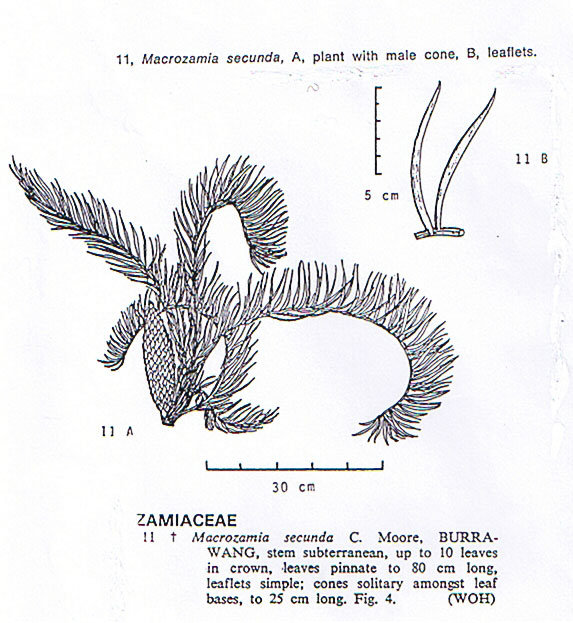