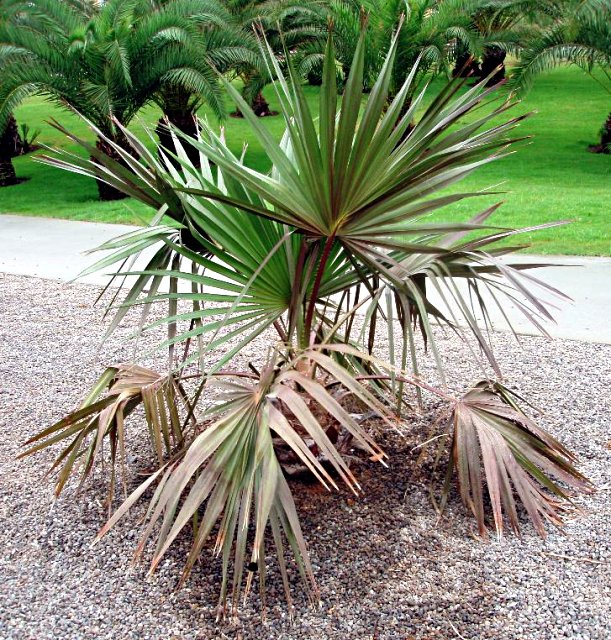 Palm Valley, situated in the Finke Gorge National Park in the MacDonnell Range system, Northern Territory is of considerable interest to tourists and scientists alike largely because of the presence of a stand of the relict cabbage palm Livistona mariae F. Muell. This species of Livistona is restricted to an area of about 60km squared on the Finke River and its tributaries. It is a relict species seperated by about 1000 km from the nearest Livistona to the north. The closest relative to L. mariae occurs on the Fortescue River in the Hamersley Ranges, W. Aust., a stand in many ways similar to that at Palm Valley. The relict nature of the palms is discussed by Keast (1959), Burbidge (1960) and Chippendale (1963).

Although the explorer Ernest Giles was the first to discover the palms in the Finke Gorge in 1872, he almost certainly bypassed Palm Valley itself, and its discovery is attributed to a Lutheran missionary from Hermannsburg Mission some time later. The valley was investigated by members of the Horn expedition during 1894 (Tate 1896). After a visit to the valley, Lothian (1959) discussed aspects of the palm's reproductive behaviour. Chippendale (1959) listed 200 plants found to occur in Palm Valley. Since this time a total of 333 plant species have been recorded from the valley (about a quarter of the total number of species recorded for the whole of central Australia!). About 10% of these species can be considered to be of rare or restricted distribution in central Australia. The majority of these rarer species are restricted to areas in the valley fed by permanent water seepage. Recently a large gas field has been discovered in the area adjacent to and north of the park Two gas bearing wells are situated only a few kilometres north of Palm Valley and tapping of these wells for commercial production is being considered.

The palm has a shallow fibrous root system and is situated in an arid area. Therefore a suitable habitat for its continued survival must have a permanent shallow water supply over an area large enough to support a viable breeding population. The area must also be protected from severe erosion forces or have a stable soil environment, as the palm will not survive scouring of surrounding soil. Palm Valley appears to be one of the very few areas in the central ranges which meets all of these requirements. The permanent water supply in the valley appears to be associated with the peculiar stratification of this area. The gently sloping conglomerate and sandstone strata percolate water from a large catchment area, down to where the valley dissects these strata. The position of this dissection ensures a continuous permanent seepage area along a considerable distance of the valley floor and lower slopes. Although other springs and seepage areas occur in the Ranges, few, if any, extend over such a continuous area. The Finke River bed below Palm Valley has a permanent shallow water table for much of its length, but it is subject to severe water wash and the few palms found there are restricted to areas which escape the full force of the floodwaters. 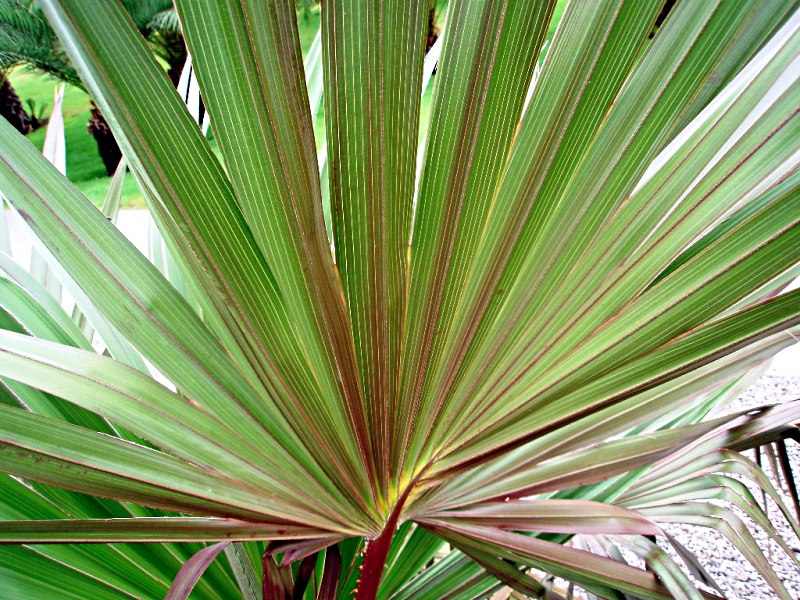 The author was fortunate in obtaining a number of accurately dated photographs of certain areas of the valley taken as early as in 1917. Exact relocation of many of the source points was made possible by the cliff backgrounds of most of the photographs and the fact that the narrow valley is restricted in the number of photographic vantage points. Almost all of the individuals present in 1917 (when the photograph was taken) are now still present. The present heights of the palms were estimated with a Suunto clinometer. By using the cliff background as a scale, palm heights at the time of the earlier photograph were estimated. Distortion due to angle of viewing and to lens aberration was estimated to be less than 10%. A mean annual growth rate of 10cm was estimated for this group of palms. Palms photographed in 1935 however, have grown approximately 11.5 m in 38 years, a mean annual growth rate of 30 cm. Palms in this photograph, which apparently were absent in the earlier photographs, taken in 1918, are now up to 12 m high, a minimum mean annual growth rate of 22 cm. Palms grown from seed in Miami, Florida, on the bank of a permanent stream, grew to a height of 9 to 18 m in 27 years - an exceptional growth rate of up to 60 cm per year (Lothian 1959). A palm in the cooler climate of Melbourne Botanic Gardens is reputed to have grown to only 3.75 m in 30 years, a growth rate of 12.5 cm per year (Australasian Post, 31 May, 1973). In its natural habitat, the rate of growth of the palm appears to be mainly dependent on the water supply. The palms showing the fastest growth rate are at Palm Bend on the bank of the Finke River about 6 km east of the Valley. This area has a greater depth of fertile alluvial soil and a better water supply than most areas in Palm Valley. The tallest palms in the valley have reached a height of 25 m. Making allowances for different growth rates at various ages, 100 to 300 years seems a reasonable estimate of the age of the oldest individuals of Livistona mariae .