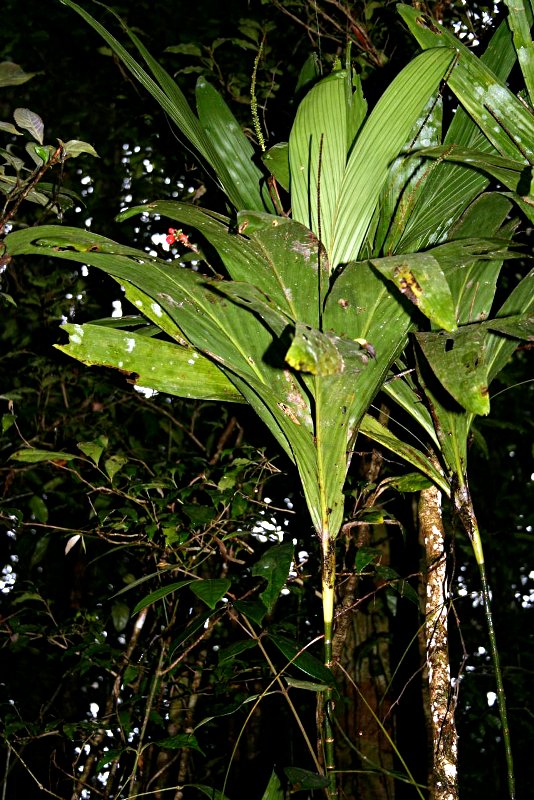 In reference to the lack of a petiole on the leaf.

Clustering, small palm. Stems 2-6, 2-5 m tall, 15-25 mm diameter; internodes elongate, green; vegetative aerial growths from nodes are common; crown with 6-14 leaves. Leaves 30-90 cm long by 10-20 cm wide, simply bifid or with broad bilobed terminals and evenly segmented laterals on both sides of midrib and broader pinnae or with one lobe entire and running the length of the rachis and the other lobe segmented into pinnae; dull or semi-glossy light green above, lighter green below, with a metallic sheen on both surfaces; midrib very prominent on both surfaces; secondary veins prominent on both surfaces; petiole absent or rarely very short to 3 cm long; lamina thick, opaque to partially translucent, when backlit under 10x magnification, has scattered, circular clear 'cells' to 0.1 mm wide linearly parallel to midrib and veins.

There is considerable variation in the leaf of this species. Some forms have partially segmented leaves, with one lobe entire and running the full length of the rachis, the other lobe segmented into pinnae. Some forms retain the bifid leaf into maturity whiile others have leaves that are evenly pinnate though with the apical segments united to remain strongly bilobed, and the basal pinnae either slightly broader or much broader than the laterals.

Linospadix apetiolata was described in 1997 by J. Dowe & A. K. Irvine from a collection made from near the summit of Mt. Lewis, Queensland. 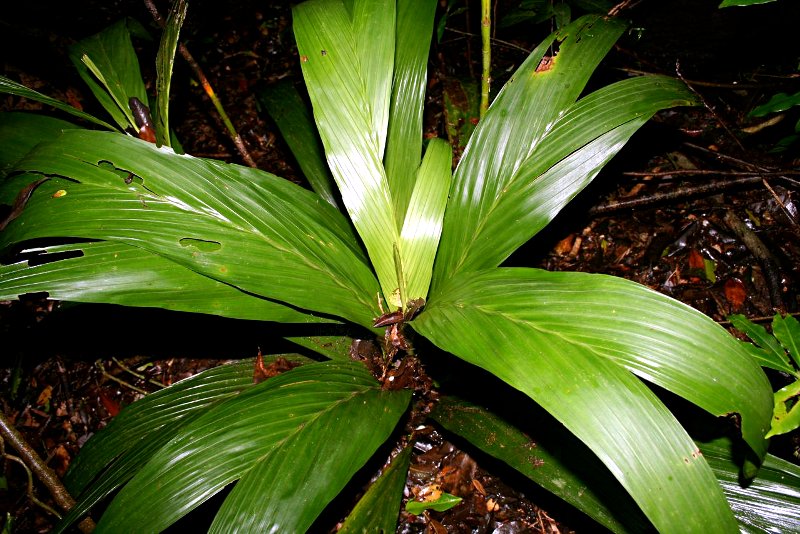 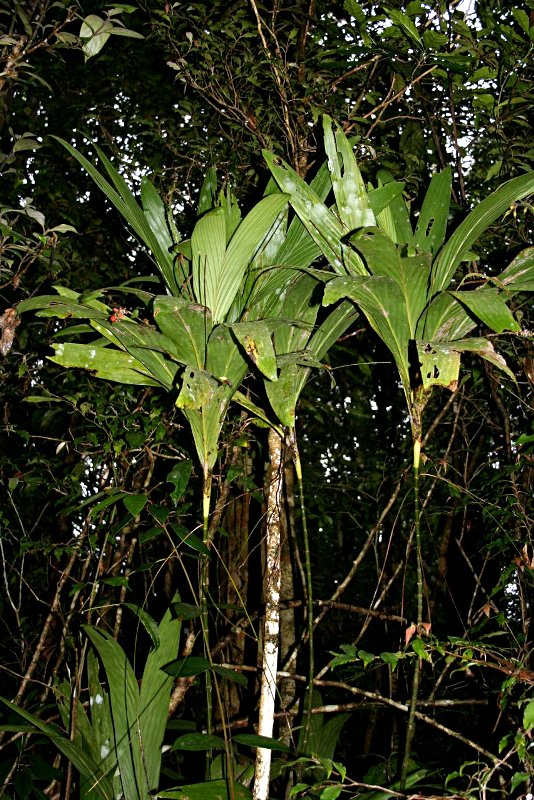