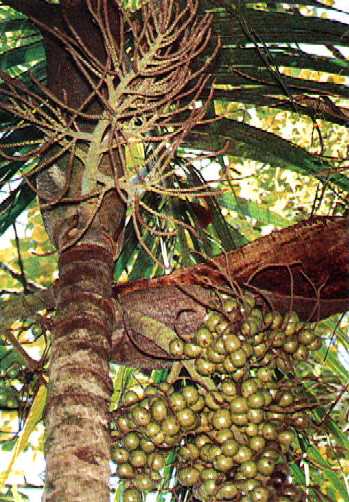 Very little is known about this palm due to its extreme rarity. Only a handfull of specimens are known to exist.

There are grave concerns about the future of this palm, because altho there are several mature specimens which regularly produce seed, and a couple of wild seedlings, no seeds have ever been germinated. Obviously all the standard tricks have been tried, but none have yet proved successfull. Someone did once manage to get a seed to shoot, but unfortunately, it quickly rotted off.