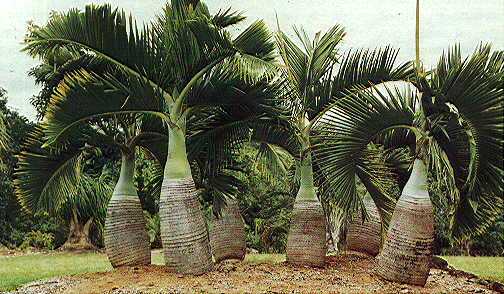 Endangered in habitat (its now extinct in habitat on Mauritius), but very well established in cultivation.

Endemic to Round Island and Mauritius, (the Mascarenes), and now restricted to a few individuals in habitat on Round Island.

A very distinctive medium sized palm, with a grey bottle shaped trunk, noticeable ring scars, and up to 60cm in diameter. It has a green or maroon crown-shaft, with 4-8 finely pinnate leaves, up to 3.5m long.

An interesting and easy to grow palm which will become a talking point when it gets bigger. 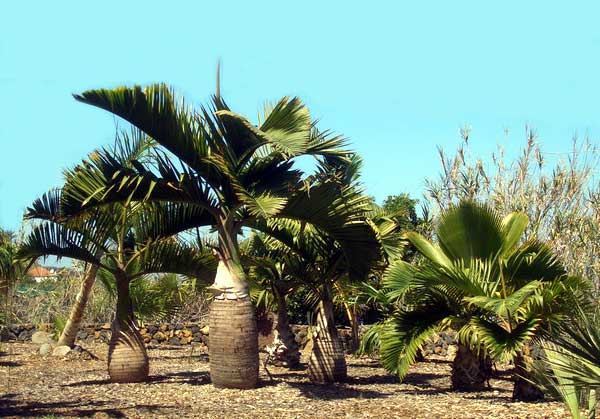 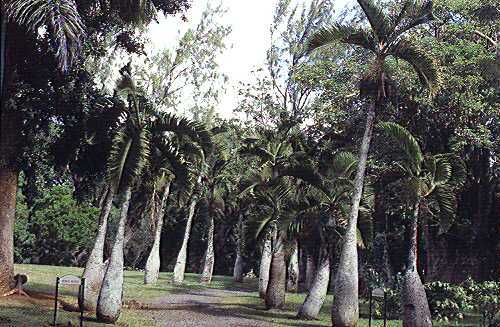 This species is widely cultivated in Mauritius. As well as individual specimens in the capital, towns and villages, mass plantings are common at median strips and roundabouts. The stature of the palms in the Pamplemousses avenues varies from upright and regular, in the younger planting pictured, to grotesquely distorted in the older planting on A. d'Epinay Avenue near the gatehouse and entrance and exposed to perhaps over a century of cyclones, neglect and erosion.