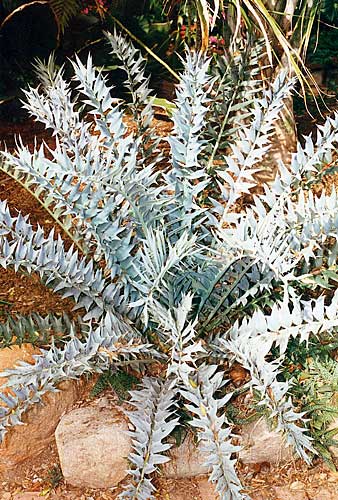 Probably the most famous of the "blue" cycads, due in part to its great name.

Prefers full sun, in a very well drained soil. Some growers are experimenting with scouria, but because this is rather porous, the fine roots grow into it, and are then ripped of when the plant is repotted. Another alternative being looked at is expanded clay balls, as used in hydroponics, which drains very freely, but isn't porous, so it doesn't trap the smaller roots. 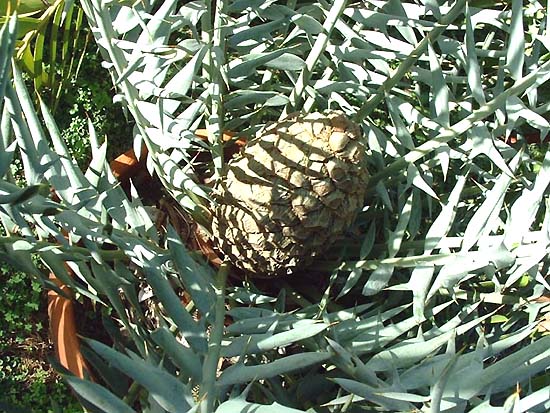