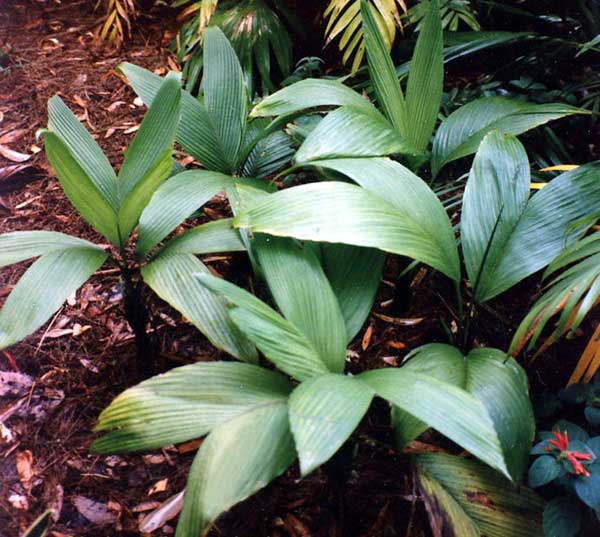 An understory solitary palm, to 2m high, with large coarsely grained, simple leaves which have an almost corrugated appearance. The female produces a single inforescence per node, which looks very similar to a small corn cob, while the male plant produces multiple inflorescences per node.

A very attractive plant, which unfortunately is still uncommon in cultivation.

A sheltered, and moist but well drained position. Will grow in tropical thru to warm temperate regions. 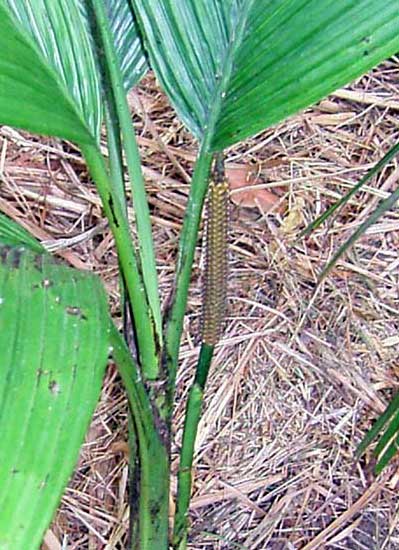 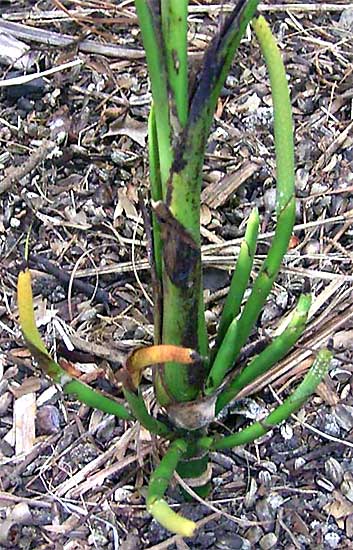