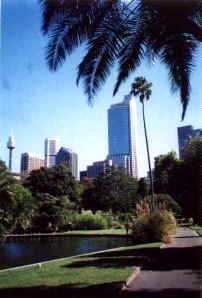 Figure 1. Sydney CBD from the Gardens.

Sydney's Royal Botanic Gardens are on the edge of the central business district, 30 hectares in a spectacular setting on the shores of Sydney Harbour, next to the Opera House. The gardens were founded in 1816, on the site where the first farm had been established in 1788. More land was reclaimed about 1830 from what was then the sandy rocky shore of Farm Cove by the building of a sea wall, which still remains. The position is protected from strong winds and is frost-free. With Sydney's humid climate and an average rainfall of 1200mm, palms do well here, if not as rapid in growth as those cultivated in the tropics.

Many of the trees which were planted over a century ago are now huge. Some of them provide shady spots for picnickers on the lawns, others provide shade for the palm gardens. The first palms planted were about seven species during the 1820s, but many more were planted in the second half of the nineteenth century. It is likely that many of them still survive among the tall palms, but records are lacking of these plantings. Photos taken in the 1880s show Howeas and Archontophoenix with two to three metres of trunk.

Specialised areas of the Gardens include a Fernery, a Rose Garden, a Herb Garden, a Cactus garden and an Oriental Collection. In recent years a Bamboo collection has been established. The latest area planted displays the recently discovered Wollemi Pine, a Begonia collection, and a collection of cycads. There are many huge old trees, but palms are dominant in most areas, about 150 different species of them, as well as about six species of big old Cycads up until 2010. 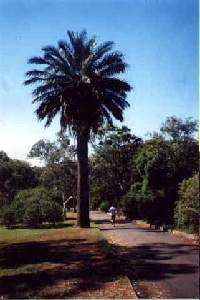 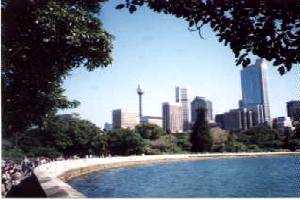 Since that time many, many hundreds of new and endangered species have been planted as at February 2014. Many of these are dioecious under story palms not seen in any other Botanical gardens in Australia or even in private collections. Bio diversity conservation of many endangered species has been to the forefront in planting this new collection.

RSBG has now over 550 species in its collection and is fast becoming a must see palm collection with new palms being planted continually. Many visitors from all over Australia and now from overseas have been coming to view the palm collection over the last 12 months.

Over the next few years a minimum of 400 palms (already in the nursery) will be planted out for the official opening of the new collection in 2016.

A new palm collection, in a new garden bed of its own, is being planned. It will have all the the Australian palm species planted in it when finished. All the Australian species will have provenance and will be used for research. Exciting times for people with an interest in palms and for the general public to enjoy seeing the huge range of sizes, colours, leaves shapes etc that each species has. 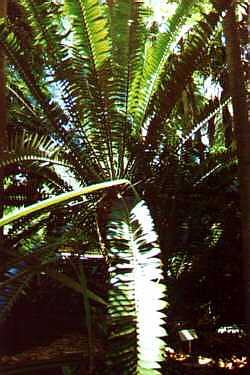 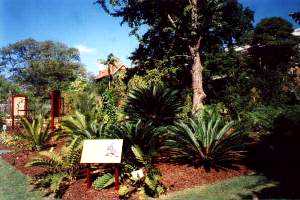