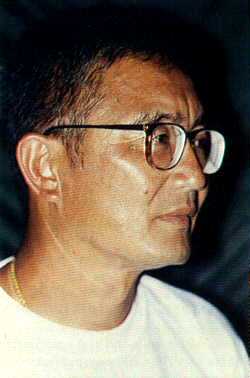 Nong Nooch, which is about 20 or 30 minutes drive from the tourist city of Pattaya, Thailand, was the main venue for the International Palm Society's 1998 Biennial, with a record attendance of 200 people from 33 countries. They were attracted by one of the world's largest private palm collections: over 1,000 species in a garden of 150 acres, developed by Kampon Tansacha (Figure 1.) over the last two decades. Not to mention about 150 species of cycads, hundreds of cacti, 500 different orchids (Figure 3), a huge bromeliad display house and a couple of hundred different ferns in the fernhouse. At another season there would also have been hundreds of Bougainvilleas, heliconias, gingers, cannas and anthuriums in flower. There were still plenty of flowering plants, and big gardens of topiarized shrubs (Figure 4) - the Thai species Wrightia tomentosa and Streblus asper - some in a fountain garden, others beside the lake, as well as a Bonsai collection based on the same shrubs. 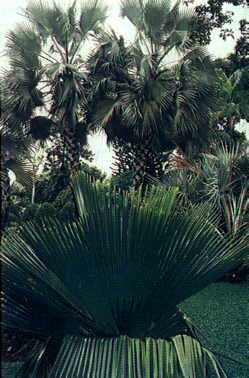 Nong Nooch is self-supporting, partly by providing landscaping services all over Thailand, based on the cultivation and supply of tall palms for golf courses and other large gardens. The 'signature" of Kampon's landscaping projects is the "Foxtail" Palm, Wodyetia bifurcata, an average project using about a dozen , and grown in, literally, thousands at Nong Nooch There are now 200 fruiting palms of this species for seed production. Other palms used in large numbers for landscaping include Veitchia merrillii, Copernicia prunifera (Figure 5), Carpentaria acuminata, Ptychosperma elegans, Bismarckia nobilis and Livistona muelleri.

Much heavy machinery is used, and trucks returning from projects bring back big rocks for the garden. The whole property extends over 500 acres, 80 of them under shadecloth and it employs 900 people, about half of them gardeners - 100 landscapers. Agricultural College students from 30 colleges around the country are trained, 80 at a time, in a two-month course. 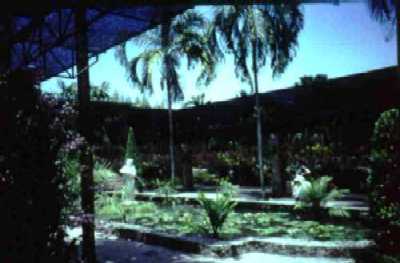 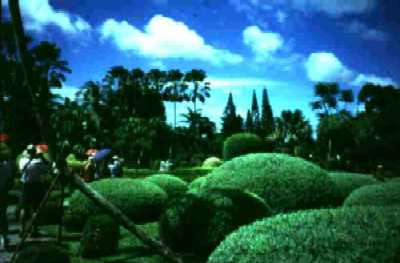 Another source of income derives from "Theme Park" activities, which attract 900,000 people a year, mainly Asian. They come not only to see the gardens, but to see a mini zoo, with tigers, monkeys and birds available for a hands-on experience . Elephants too, 28 of them, trained to do amazing things in a show staged several times each day. For a small fee one can ride on an elephant, be carried in its trunk, be carefully walked over, or simply have your photograph taken with an elephant. 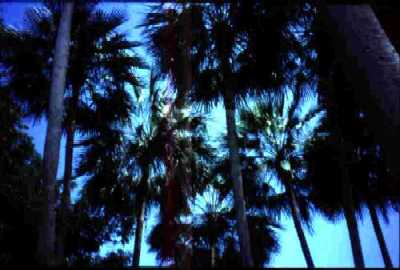 A 1,000 seat theatre opens three times a day for Thai cultural performances. Music and traditional regional dances, and an exhibition of kick-boxing are staged by a cast of 90 full-time artists. Other buildings include restaurants and halls for conferences. It came as a surprise to many IPS delegates to find that Nong Nooch also produces its own pots, thrown on a wheel and fired in a huge wood-fired kiln. Plastic pots are only used for some seedlings. 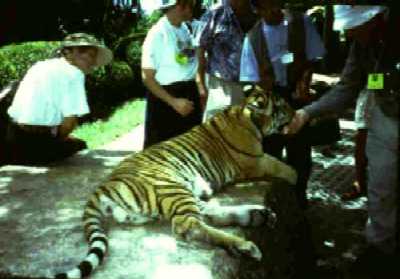 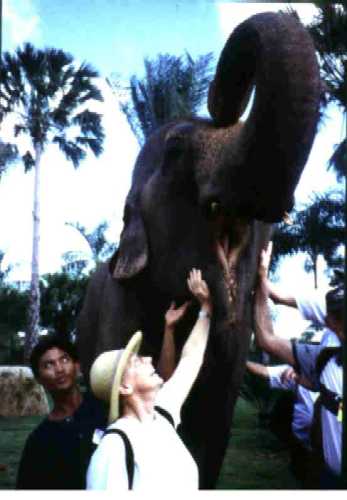 Palms are everywhere, but are concentrated in the Palm Collection Garden, in which most palm lovers could easily spend a day (see Figures 8 & 9). There are more palms and cycads in another vast collection, on each side of a long road which comes down from a hill. Here big rocks make a setting for those species that enjoy full sun. 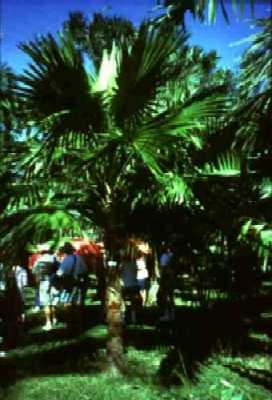 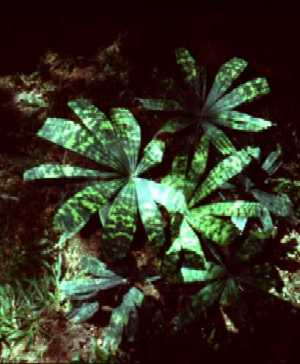 The best way to see this part of the collection is to take a tram ride to the top of the road and wander down slowly. With luck you might also be taken to look inside some of the display shade houses and in passing see the Cactus House (Figure 11).

Finally, you don't have to stay in Pattaya. Accomodation is available at Nong Nooch itself, at various price levels. There is more information on the Nong Nooch Home Page

This category currently contains no pages or media.