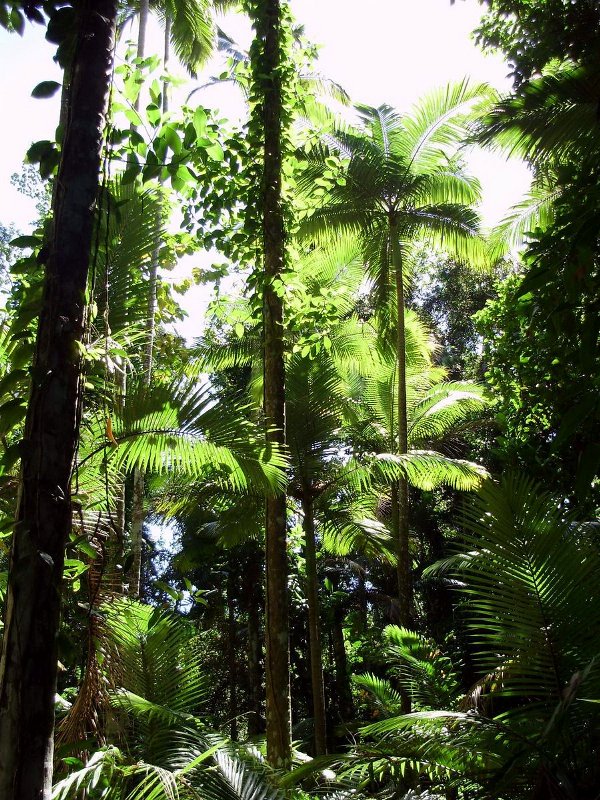 This is a tall, solitary, handsome palm to about 25 metres (80 feet) tall with a spread of about 2 - 2.5 metres (10 - 15 feet) and a gracefull appearance. The leaves, up to about 2 metres( 6-7 feet) long, are stiff pinnately compound feather-like fronds and have a tendency to rotate 90' to expose the whole leaf in profile (Figure 2). The leaflets are all in the same plane, bright green above with a silvery underside.

The base of the petioles form a bright breen crownshaft that the leaves rarely droop below. The trunk is smooth and ringed with noticible leaf scars and the base can be noticibly swollen. It can get to about 1/3 metre (one foot) in diameter. Flowers are formed below the crownshaft with the creamy flower stalks holding amythest purple flowers. The round fruit, about 12 mm (1/2 inch) in diameter, turn bright red at maturity (Figure 3).

Palm to 30 m tall, trunk to 30 cm in diameter and frequently with the base expanded to 50-60 cm in diameter and often 'stepped' to varying degrees. The leaves are 3-4 m long and have the pinnae orientated in a vertical plane toward the leaf apex. Crownshaft is light to mid green, often with a waxy appearance. Pinnae have silver/grey scales below and lack ramenta on the midrib below. The inflorescence usually holds the branches and rachiliae erect and rigid, though they may become pendulous as the fruit matures. Flowers are white/cream. Staminate flowers have 9-16 stamens and the filaments are not deflexed. Fruit is pink/bright red at maturity, conic-ovoid, 8-14 mm long, 6-11 mm wide. Fibres in the mesocarp are thick, flat, and usually remain tight in the dried state.

Two rather obscure varieties of this species have been named; A. alexandrae var. schizanthera was described by Wendland & Drude on the following differences compared to the type species: smaller inflorescence; prominent floral bracts; stamen number of 14-15; pistillode longer than the stamens; fruit slightly larger; and pinnae broader. All of these quantitative differences fit well into the accepted variability of the species. The second variety, A. alexandrae var. beatricea was described as having a prominently stepped lower trunk, though individuals with this character are commonly found in all populations of this species and even in populations of some of the other species. In the current revision of the genus, these varieties will be listed as synonyms of A. alexandrae.

These are extremely popular palms in Australia and are common as far south as Nowra. While being very attractive as individual plants, it is quite common to plant them in clusters or close groupings. In the Illawarra region (Wollongong) the species is beginning to colonise bushland along the escarpment as seed is eaten and dispersed by Pied Currawong. Bangalow x alexandra hybrids have also been located in this region.

These palms can be grown in full sun (if the water is kept up to them), or in the shade. They do like more water than most palms, with some even thriving in poorly drained areas. It is quite a fast grower, averaging about 1/3 - 1 metre (1-3 feet) per year. 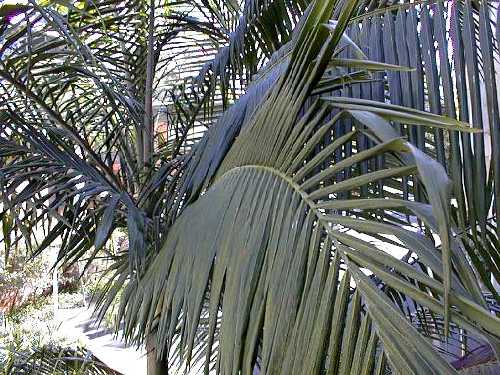 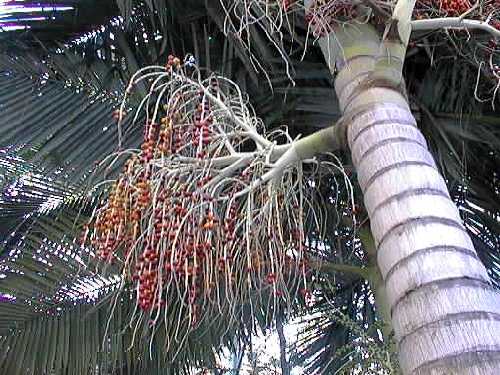