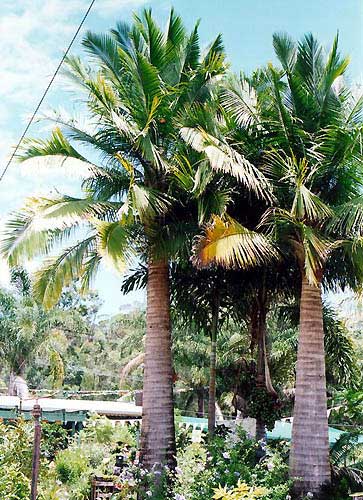 Along (and in) rivers of central Madagascar.

A very large (massive) palm, with a large, untidy crown.

Is becoming a very popular palm in Queensland, but few people are aware of just how large this palm can get, and one often sees it planted in places where its going to cause real problems later on.

Full sun, and LOTS of water. A very fast grower if the water is kept up to it. Also likes a yearly dose of Epsom Salts, because its not very efficient at taking up magnesium. If it doesn't get enough magnesium, the leaves take on a rather unhealthy yellow colour. 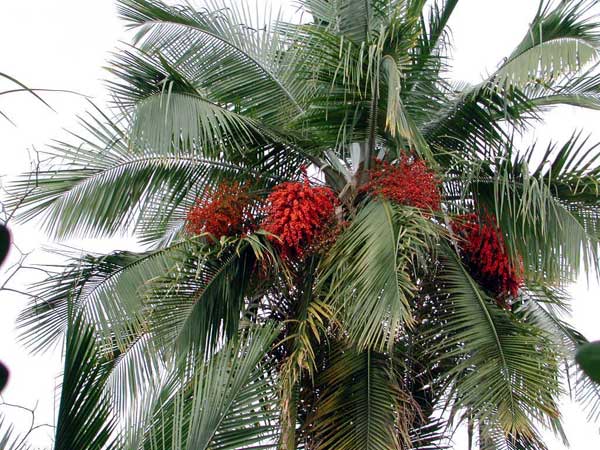 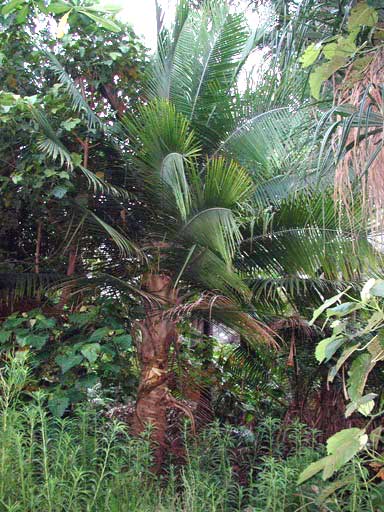 Figure 3. A young plant in habitat.