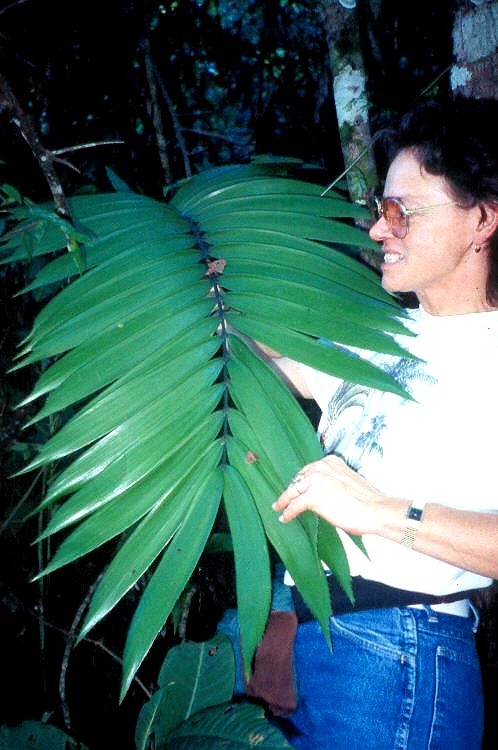 A small plant with a subterranean stem. 1-2 leaves up to a metre long, a rich brown colour when young, but eventually becoming bright green.

This plant, while very similar to Zamia_splendens can be distinguished from it because Z. splendens has much broader leaflets, rounded at the edges, fewer in number, and is found West of Tuxtla Gutierrez halfway up the mountains in the area around San Fernando.

This species is named after the Lacondona Forest or Lacondona Indian Tribe which resides in this forest Southeast of Palenque near Bonampak.

Both these species, Z. lacondona and Z. splendens, grow in extremely heavy shade. Flash photography is necessary to photo them. Both species grow in basically limestone rock, covered only by a few inches of clay formed by years of forest litter. The dense canopy, which both plants grow in keep the plants moist but not wet. At the University in Tuxtla, Gutierrez, we visited their collection of cycads which contains both of these species. We found them to be grown in pea-size pieces of limestone and sandstone rock. No organic matter was evident. These were growing in greenhouse conditions, they were hand-watered, and they looked great. When we inquired about their growing media, they responded with... "That is the way they grow in Nature."

For those of us who aren't prepared (or able) to go that far, a standard, moist, well drained mix in a shady, humid spot will suffice. Given their predilection for limestone, however, they might like the mix to be on the alkaline side. 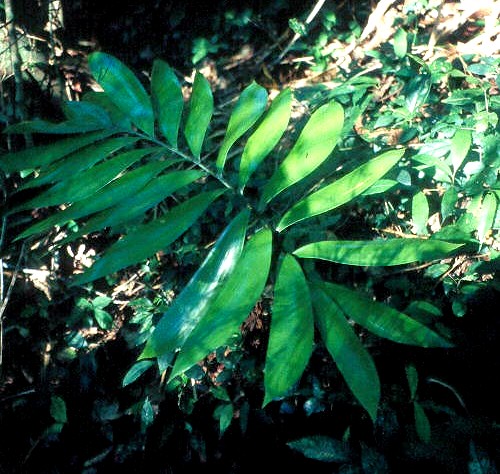 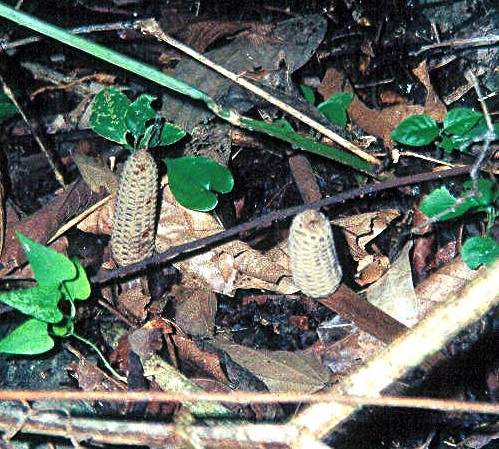