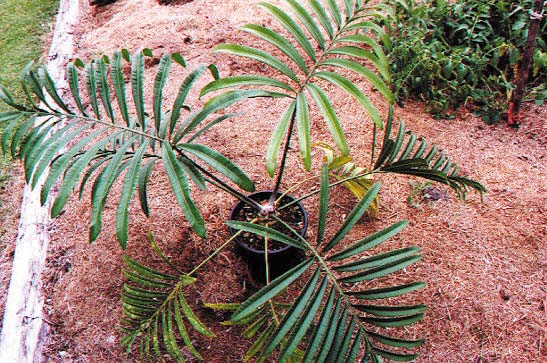 eriopus comes from the Greek prefix erio-, meaning "woolly", and suffix -pus, "footed", which refers to the woolly petiole bases.

Forests and grassland of the east coast of South Africa and southern Mozambique. It is found within 50 km, but not closer than 2 to 3 km, from the sea. Soils vary from sandy granite based soils through to heavy black clays. Rainfall is from 750 to 1000 mm, with a summer maximum. 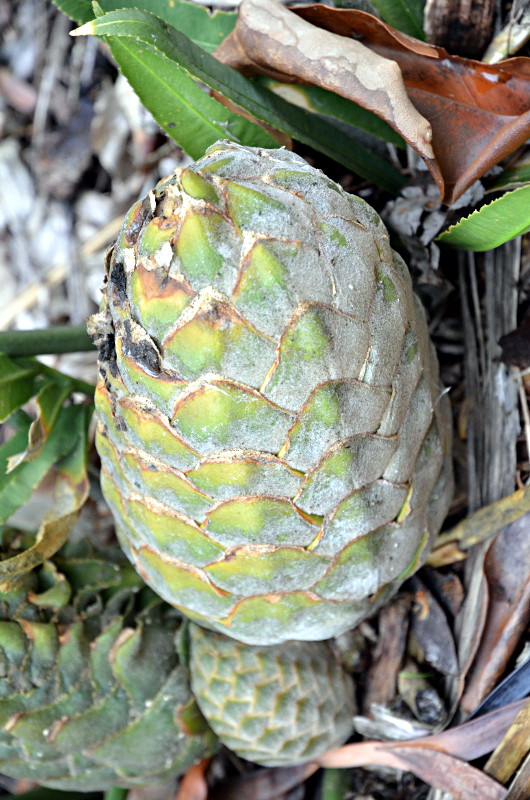 ​S. eriopus doesn't look like a cycad at all, and it was thought to be a type of fern when it was first described in 1836. It produces a caudex at the surface or below the soil which is shaped like a carrot. Stems grow up to 250 mm (10 ins) in diameter, and produce a distinctive white "wool" at the leaf bases. The leaves are up to 2 m (6 feet) long, while the leaf petiole has no spines or prickles. The leaf margins can be smooth, serrated, or lobed, and they can vary even on the same plant. The leaves grow one at a time producing a "bush" of​ 3 or more leaves. The female cone is ovoid, or egg shaped, while the male cone is elongated and narrow. Female cones can yield as many as 100 seeds.

There are two distinct forms, one growing as an under-story plant in forested areas, and the other growing in the open grasslands. The forest form grows in regions with higher rainfall, and is characterized by large, wide thinnish leaves that can be to 2 m (6 feet) in length. The grassland form grows in regions subject to annual fire and drought, and has fewer and shorter leaves which are thicker, and more leathery than the forest form.

Still widely used in traditional Zulu medicine , with a large number of plants being collected from the wild each year to supply demand.

The Zulu's also use the Stangeria (which they call "imFingo"), as protection against lightning. If you plant a Stangeria alongside each corner of your house, your property will never be stuck by lightning. (This interesting snippet was relayed by Roy Osborne, who swears by it. He has done as directed by the Zulu, and his house has remained completely free of lightning strikes.)

It is a fast growing cycad which can cone in as little as five years from seed. It prefers a lightly shaded, moist, but well drained position in rich, sandy, acidic soils, with a layer of mulch to keep the caudex covered and prevent the soil from drying out. It responds very well to fertiliser. It is a very good pot plant, although it doesn't like to be root-bound, so give it a large pot. 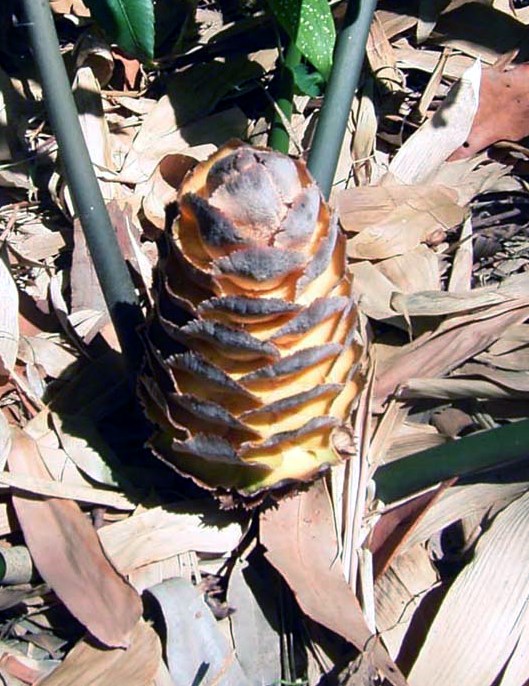 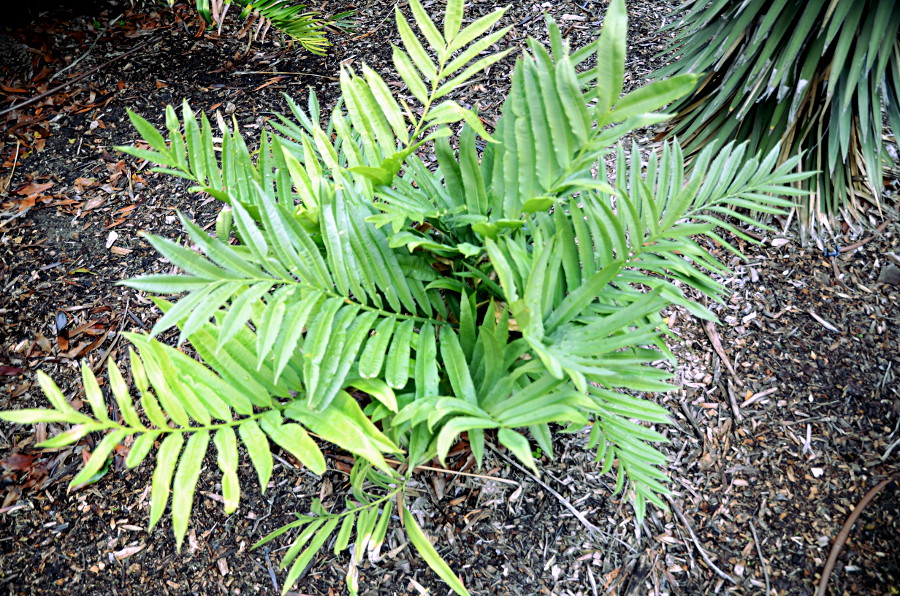