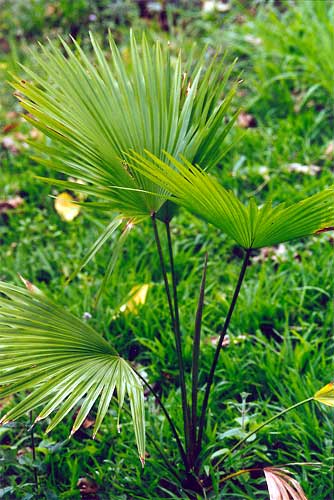 A medium sized emergent fan palm, more closely related to Livistona than to Pritchardia (as its old name suggested).

This is the rarest palm in New Caledonia, with only a single mature plant known. It was quite plentiful in a restricted area, until the Prony penal colony was established near by in the late 19th century, and the prisoners discovered that the palm heart was good eating. It didn't take long for it to become very plentiful, and in fact was thought to be extinct, until 1980 when a pig hunter came across the only known specimen, and realised that it was something different.

Warm, sheltered and moist when young, but becoming very resilient as they get older. Seed apparently germinates readily, but the young plants can be difficult to establish. 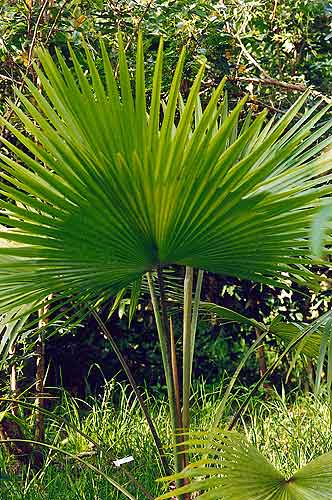