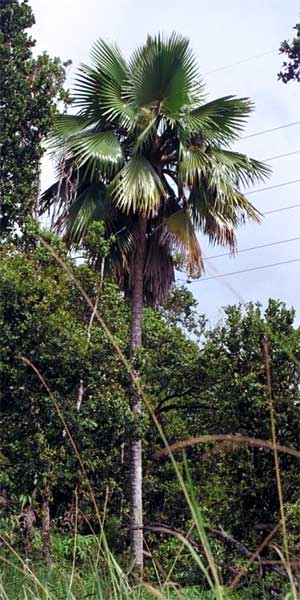 There is an extensive population and distribution in some very inaccessible terrain and the species is not on the US Federal Endangered species list.

Growing between 500 and 700 metres altitude along the "Pole Line Trail" in one of the wettest regions on the planet, on the island of Kauai.

A species recognized to be within the P. remota group. A large palm, 20 metres or more tall, large crown with more than 40 leaves. (Figure 1,2). Leaves glaucous covered with wax, lower surface covered with grey scales (Figure 3). The inflorescences are shorter than the petioles and the fruit are ovoid, 19mm x 13 mm (Figure 4).

This grows in very wet conditions in subtropical rainforest and is named after Mt. Wai"ale"ale. Interestingly although Pritchardia are notorious for the tendency to hybridise, this species grows together with P. hardyi along the pole line trail, and the 2 species have remained distinct

Not known to be in cultivation. 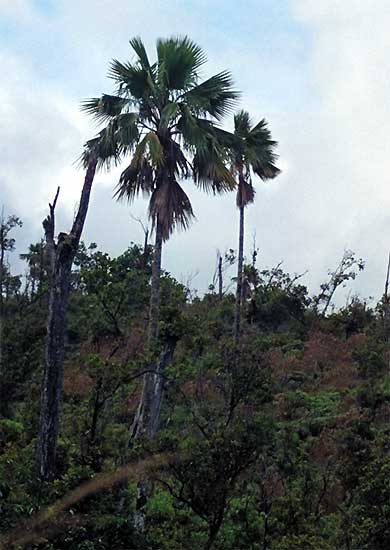 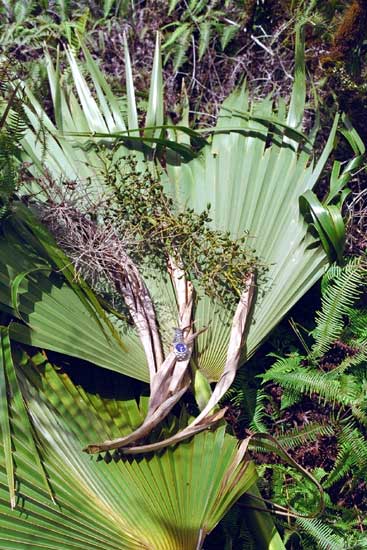 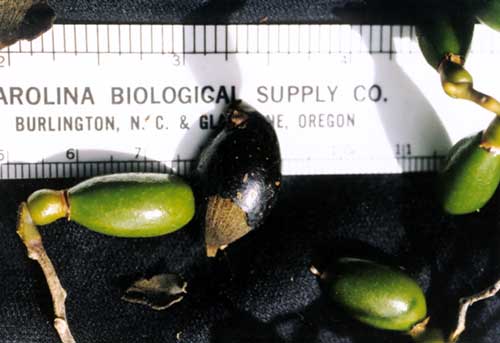