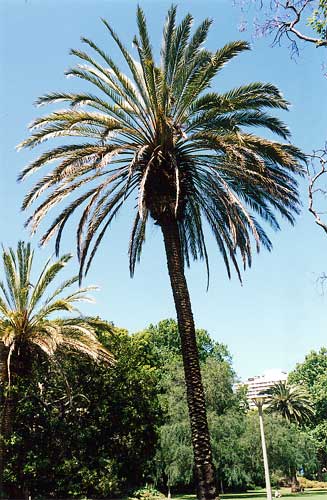 Large (to about 20m), attractive, suckering, feather palm with greenish/grey leaves. It is also dioecious, meaning each plant is either male or female, not both, as in most palms.

Probably the second most well-known palm after the coconut (Cocos nucifera), this palm produces dates. However, despite this palm being extremely adaptable to differing growing conditions, from hot, dry deserts, to wet tropics, and thru to cold-temperate regions, it will only produce dates in the hot, dry climates. It is also very salt-tolerant, making it good for coastal planting.

The branching seen in Figure 4 is not uncommon in date palms, however, it only occurs in male plants. The famous 'Imperial Palm', at Huerto del Cura, Elche, Spain, is 150 years old, and has eight branches.

As mentioned, a very hardy palm, which will grow almost anywhere, apart from very cold areas, and whose only unconditional requirement is full sun. 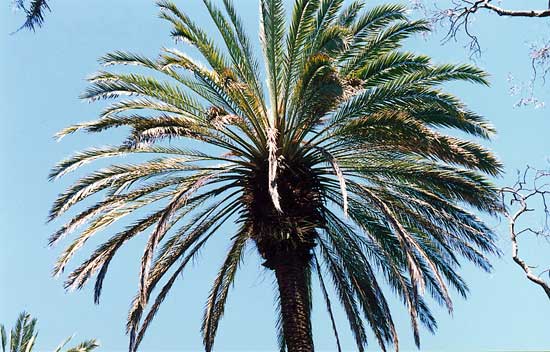 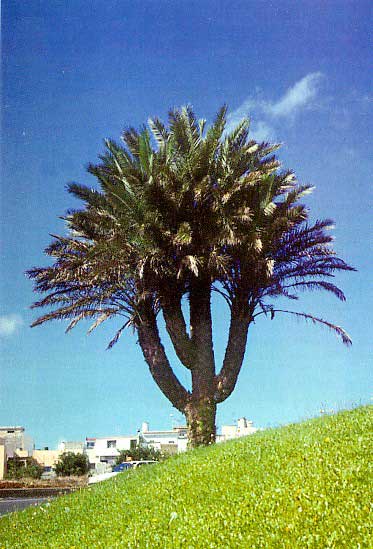