A Novel Concept in Landscaping

In the natural condition, palms are often classified as solitary (e.g. Roystonea regia, Phoenix canariensis, Washingtonia filifera and that stout giant Jubaea chilensis) or clumping (typically many species of Chamaedorea, Chrysalidocarpus and Rhapis). One finds that most gardeners, in their crude attempts to emulate nature, follow consistent and rather conservative approaches. Royals and Queens and invariably regimented along avenues, Phoenix canariensis is usually at the centre of a circle, and so on. So perhaps it is the creative flair of a good landscaper that gets one away from the mundane to more imaginative and adventurous designs. Such is the case with the novel concept of multiple plantings of solitary palms.

Reading through the sections of palm books which deal (usually very scantily) with cultivation, there isn't much mention of the multiple planting idea. David Jones (Palms in Australia, 1984), however, does mention the idea of pair plantings: "Tall palms look especially effective when planted close together in pairs. If planted side by side and at a slight angle away from each other, their trunks tend to curve apart and add an interesting aspect to the garden". Well, that idea is taken a step further with multiple plantings - typically five or seven (in hort. school you are told always plant in odd numbers!) specimens together. 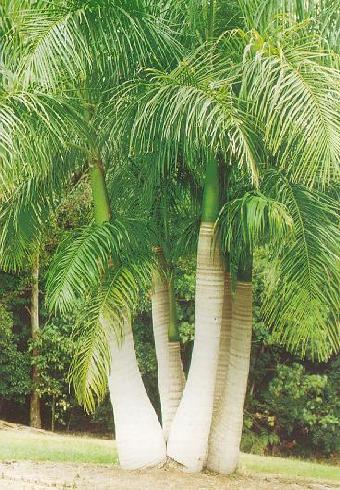 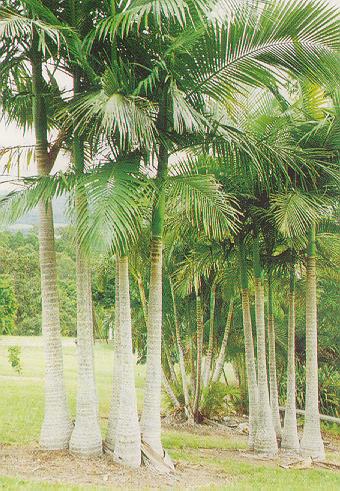 Figure 1 illustrates this with a group of five Royals, while Figure 2 shows two islands each with 5-6 Archontophoenix alexandrae. There are many variations of the theme. For example, the planting in close proximity of a group of the same plants - as illustrated in Figure 3 with an island grouping of Mascarene bottle palms. 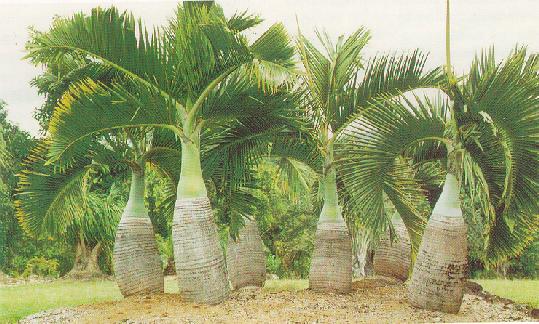 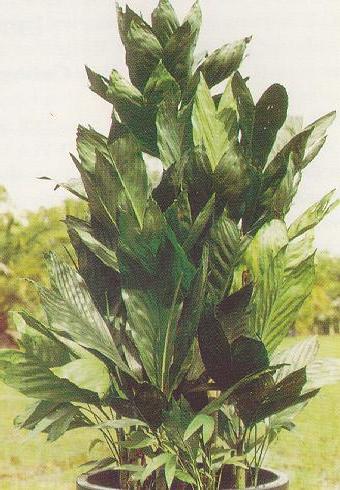 The concept of multiple planting isn't limited to big-style landscape work. One can do it in a container too. For instance, older Chamaedorea metallica plants tend to get a little too tall to look elegant, but a grouped planting with the tall plant in the centre and five or six younger plants surrounding it, looks just great. "Why didn't I think of that?", a number of our visitors have exclaimed on seeing such a planting.

The only advice we should offer on the preparation for multiple plantings is that, because of the extra number of plants, one does need to give a little more thought to selection of the planting site, preparation of the hole, drainage, watering and fertilising, etc. But the rewards are really worth it.