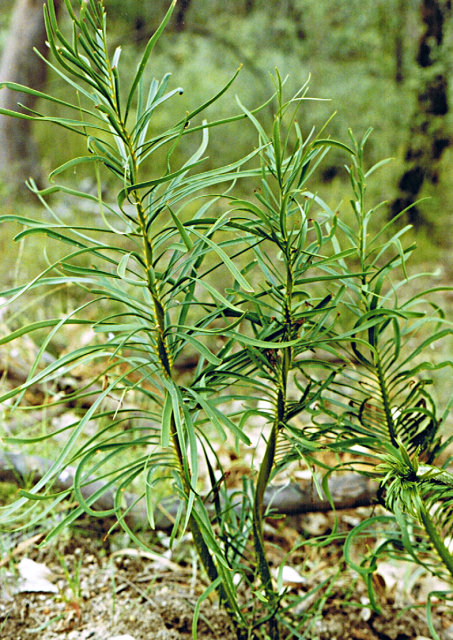 Macrozamia plurinervia is a small (Section Parazamia) cycad that is endemic to New South Wales. It has a subterranean caudex and normally has a multi-twisted rachis.

Following a revision of L. A. S. Johnson"s 1959 separation of Macrozamia pauli-guilielmi into three sub-species, M. plurinervia (previously M. pauli-guilielmi ssp. plurinervia) was recognised as a separate and distinct species by David Jones in 1991. It was named after its many nerves and veins.

M. plurinervia has a restricted distribution range in northern New South Wales and grows in and around the area between Inverell and Tenterfield.

M. plurinervia usually has an unbranched caudex and grows under a eucalypt canopy in a pattern of small colonies of scattered individual plants or small groups of plants. It grows on either rocky slopes in poor gravely soil or in surrounding flatter areas in sandy soil. Near Inverell, it can be found growing in sandy soil, in flat locations, with a Callitris sp. understorey, under a eucalypt canopy.

Inverell (elevation 584 metres) has an annual average rainfall of 764 mms (spread over 86 rain days) with winter minimum and summer maximum temperatures (reached at least once per week in July and January) of -4.7 and 34.1°C. respectively. Frosts occur on an average of 56 days per year. 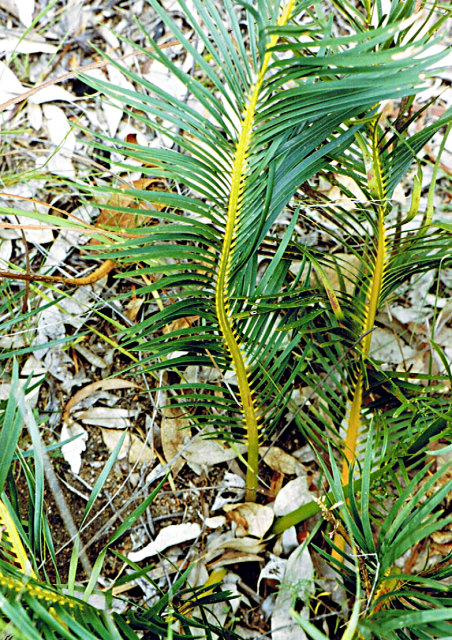 Figure 2. M. plurinervia - frond detail: note the vivid yellow colour of the callouses and the upper surface of the rachis.

60% of the annual rainfall at Inverell falls during spring and summer. The percentage seasonal rainfall pattern is as follows: Summer: 35%, Autumn: 21%, Winter: 19% and Spring: 25%.

The principal characteristics of M. plurinervia are as follows:

New fronds are a distinctive light-green colour, with yellow or reddish callouses at the point where the pinnae join the rachis. Near Inverell, where featured plants were photographed, the callouses and upper surfaces of the rachises were a vivid yellow colour. As happens with some other New South Wales Section Parazamia species, the new fronds and the pinnae callouses undergo a colour transformation as they age, with the fronds turning a mid-green colour and the callouses turning a creamy-white colour. 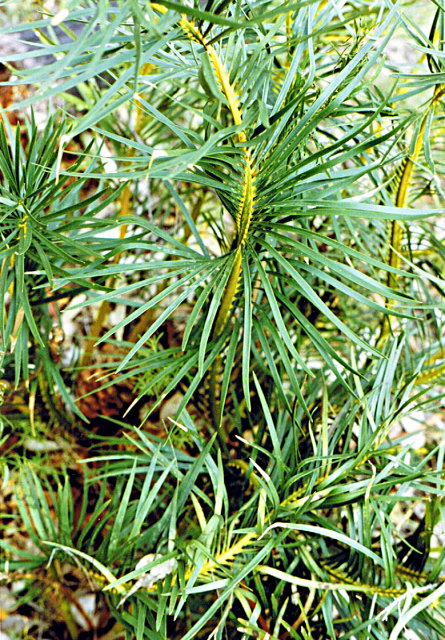 M. plurinervia normally has a maximum of about 8 fronds, with the norm being in the 3 to 5 range. Plants with 1 or 2 fronds are, however, not uncommon.

In similar manner to other species with multi-twisted rachises, the pinnae on M. plurinervia fronds appear to extend radially from the rachis (like the branches of a tree) but, in fact, the rachis itself spirally twists through a number of complete 360 degree revolutions. The pinnae extend more or less laterally from the rachis at an angle, although they are normally angled slightly upwards, with the apical pinnae extending at an extremely acute angle. The number of complete twists of the rachis normally averages 3 to 4, sometimes more, with the majority of these twists usually occurring in the upper section of the rachis. The rachises on some mature plants, however, are only marginally twisted. Likewise, the rachises on some small adult plants often twist gradually through one only complete revolution.

There are four Section Parazamia species in New South Wales that have predominantly spirally-twisted rachises, these are M. concinna, M. fawcettii, M. flexuosa and M. plurinervia. On an affinity basis, M. plurinervia is closely related to M. fawcettii and to a lesser degree to M. flexuosa. 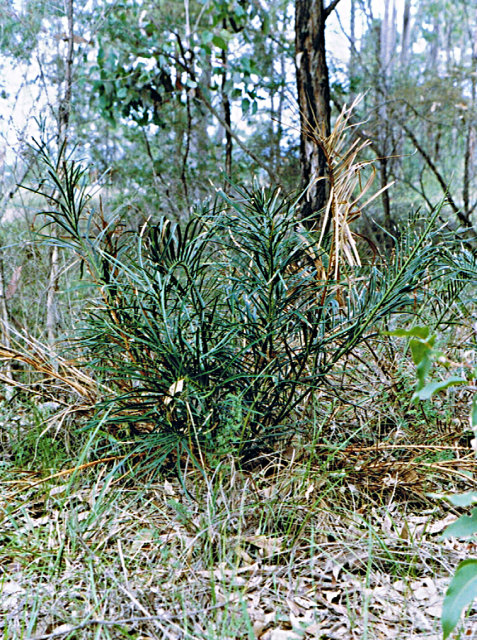 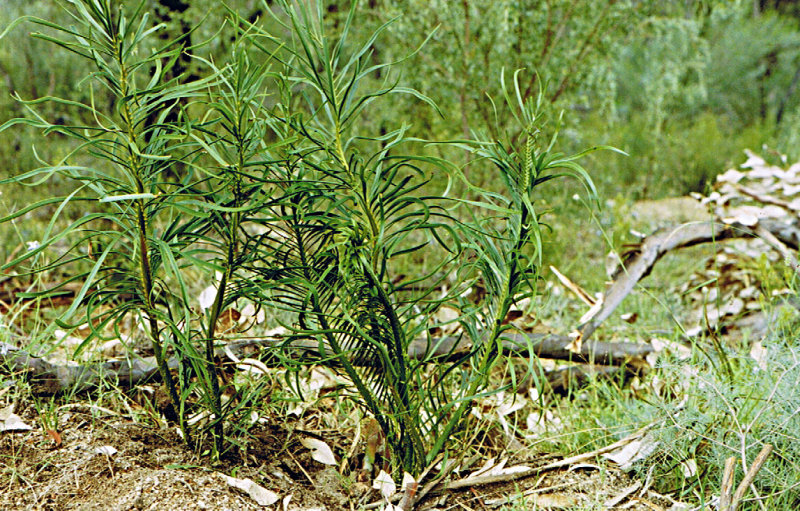 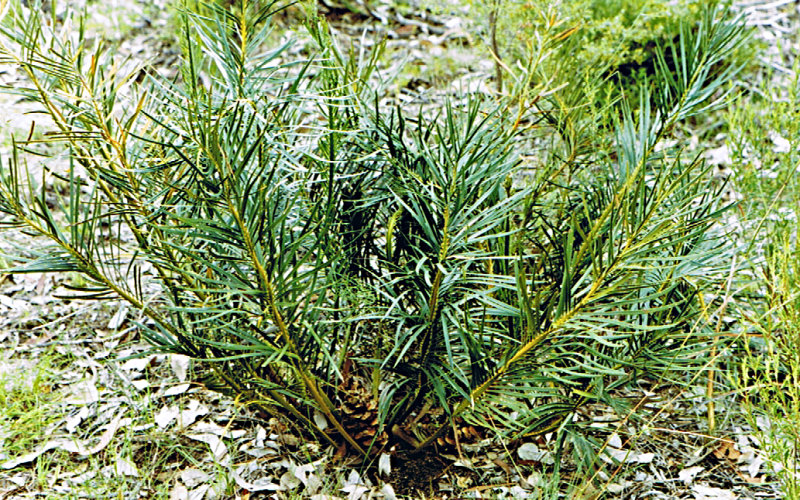 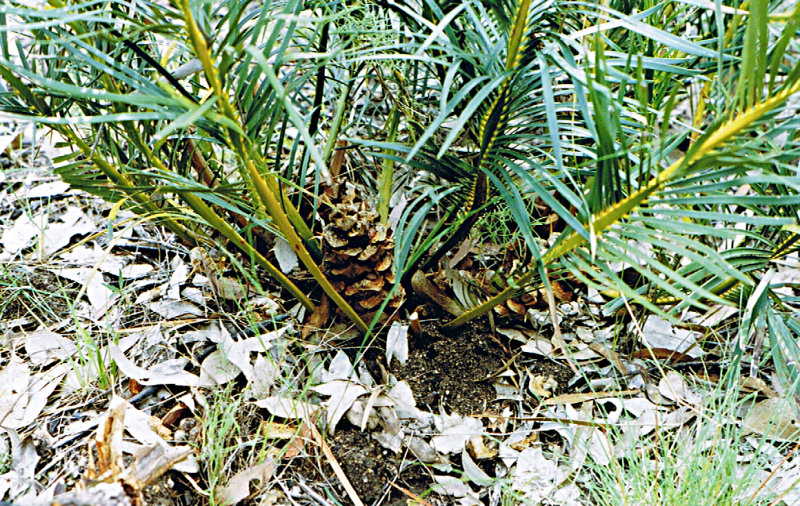 Figure 7. M. plurinervia in habitat, with one (or possibly 2) infertile female cone(s). 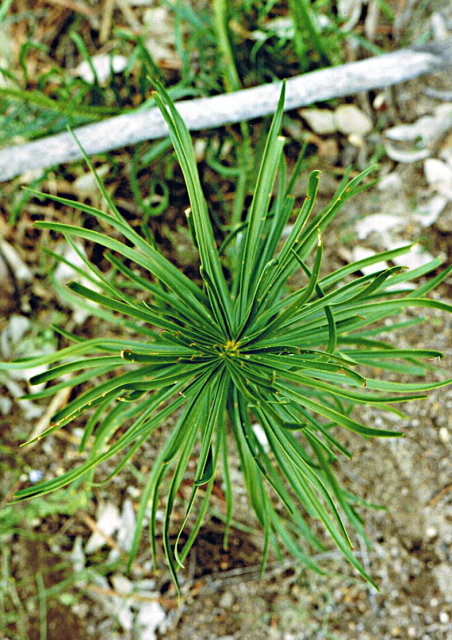 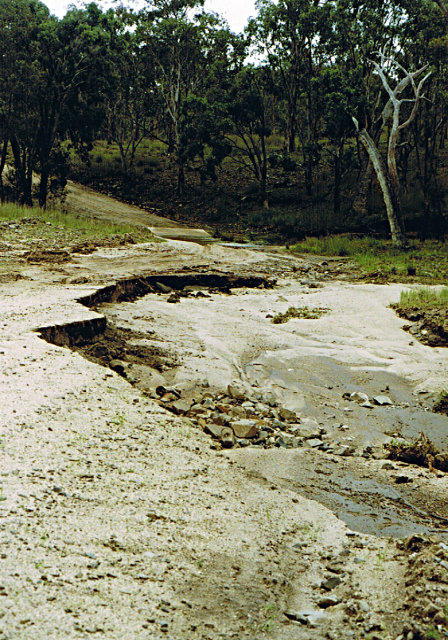 Figure 9. Part of road washed away (on the way to the cycad location). 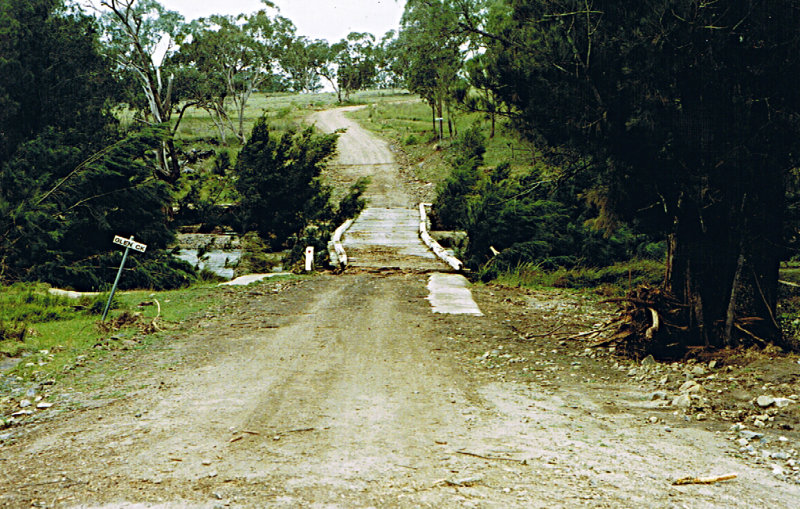 Figure 10. Crooked bridge (on the way to the cycad location).