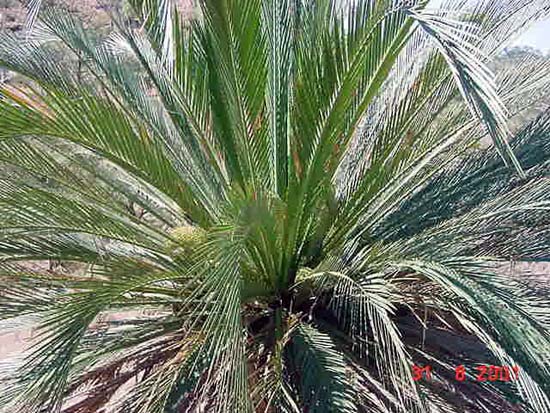 Mentioned initially under the name Encephalartos (as a sub-genus) this species was classified in 1883 as Macrozamia moorei by F.M. Bailey in 'The Queensland Flora'.

It is easy to see why it was mistaken for Encephalartos when one views it in a natural habitat. This palm-like cycad occurs west of Rockhampton around Emerald and Springsure district, south past Rolleston to Injune and west in and around Carnarvon Gorge. Another reported occurrence is the Clarence River district of New South Wales where it grows in forest at the edge of rainforest near the upper Richmond River. In Carnarvon Gorge, M. moorei dominates the scene from the entrance gates to the National Park, throughout the established camping areas along the winding creek and up both sides of the sloping gorge to the sheer cliffs. Even the other dominant species in the area, an undescribed palm of the genus Livistona, takes second place to the grandeur that is this cycad.

The largest specimens I have seen in the Gorge stand like sentinel gate posts either side of the walking track. These were easily four metres high at the apex of the trunk without the added height of the up-curving blue-green fronds which were up to 180cm in length. Many Macrozamia species do not have above ground trunks but this is not the case in M. moorei which has an extremely stout caudex in the mature plant up to 80cm in diameter and with leafbases defined by persistent remnants. 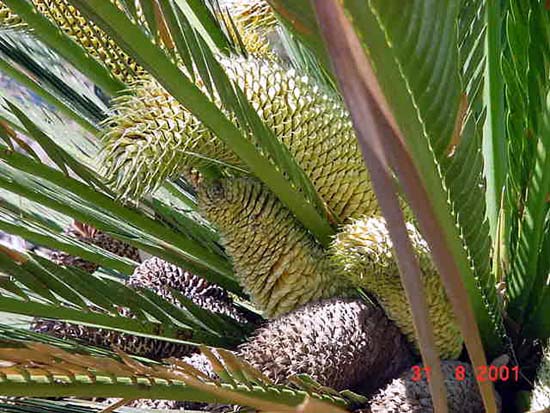 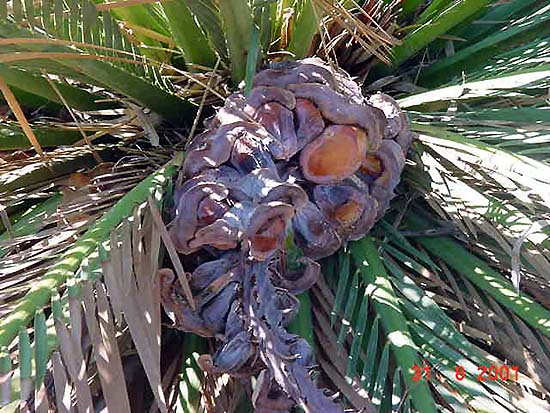 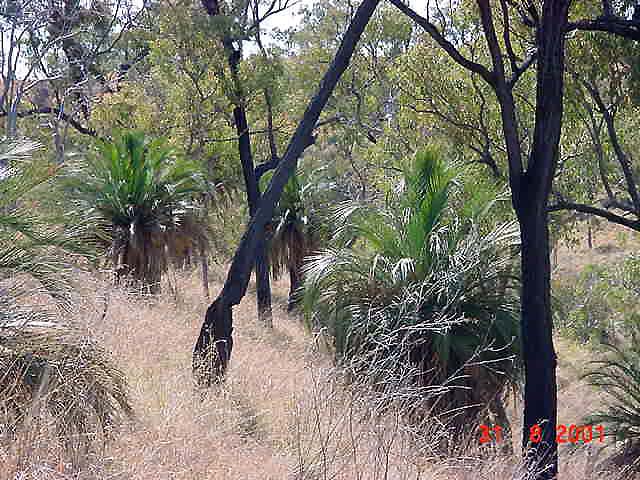 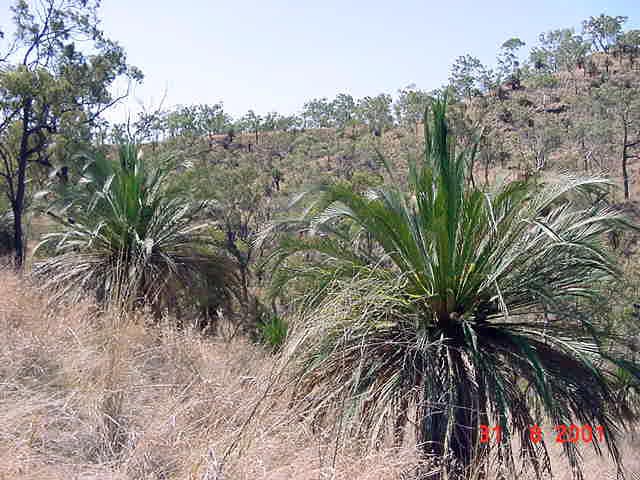 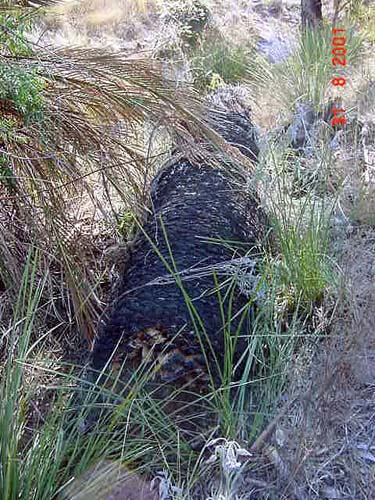