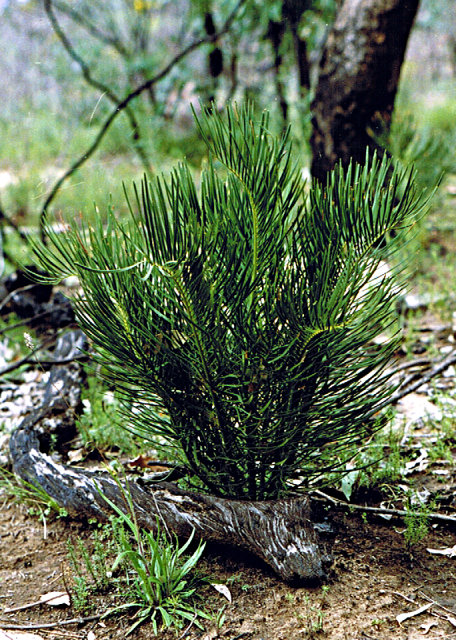 Macrozamia heteromera is a small (Section Parazamia) cycad that is endemic to New South Wales. It has a subterranean caudex and normally has fronds with divided pinnae.

M. heteromera was named by C. Moore in 1884 after its divided pinnae (which were observed to be "different" and "variable"). In 1998, the M. heteromera complex was the subject of a major revision by David Jones, which resulted in two new species with divided pinnae, M. glaucophylla and M. polymorphya, being segregated from M. heteromera, after being identified by Jones as separate and distinct species. 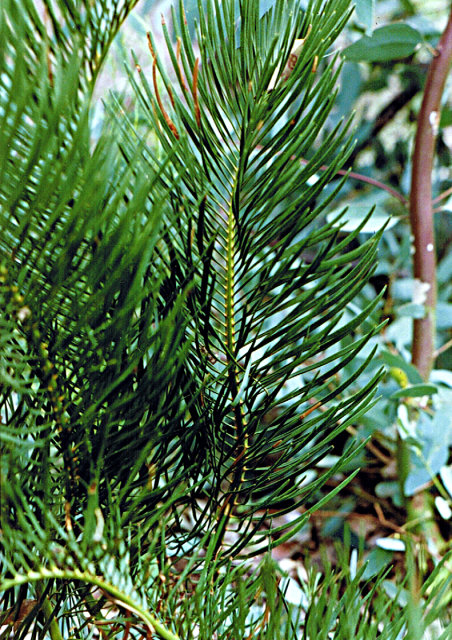 This species has a fairly widespread distribution range in north-western New South Wales and grows in and around the Warrumbungle Ranges, to the west of Coonabarabran.

M. heteromera generally grows under a eucalypt canopy on undulating foothills, or stony hillsides, in the Warrumbungle Ranges. It usually grows in a pattern of more-or-less scattered individual plants, though, occasionally, it forms isolated, more populous, localised stands. This species does not tend to form large dense stands.

One-third of the annual average rainfall at Coonabarabran falls in summer, with the balance of the rainfall being spread evenly (on a seasonal basis) over the rest of the year. 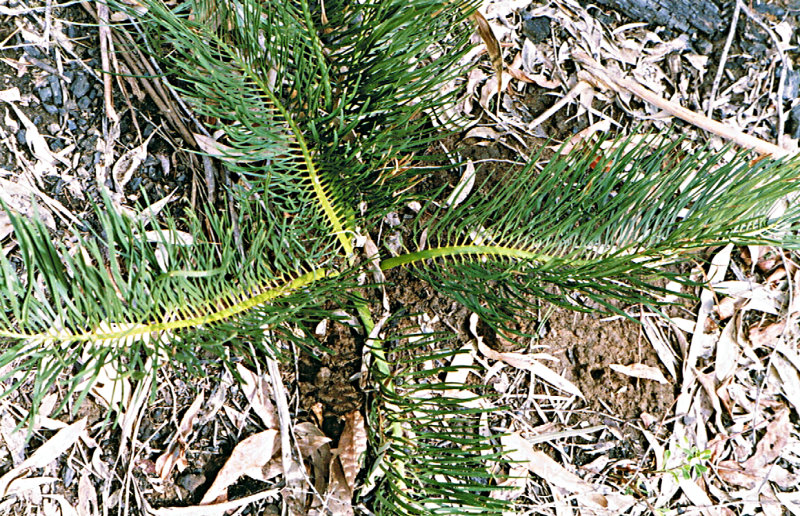 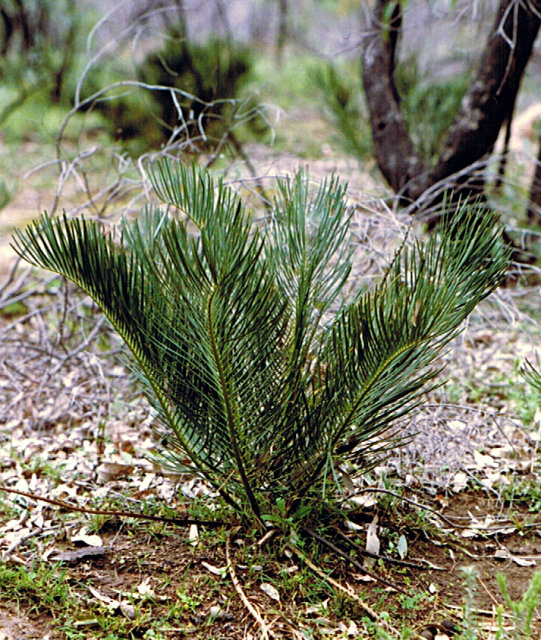 The principal characteristics of M. heteromera are:

The number of fronds per plant varies up to a maximum of 8-10 fronds, with a norm in the 4-6 range. New fronds generally rise from the caudex in a more or less erect stance, with the apical section tending to curve slightly. Occasionally the apical section is recurved.

M. heteromera generally has fronds with narrow divided pinnae, with a typical simple division into 2 sub-leaflets. It is not uncommon, however, to see pinnae that birfurcate very close to the rachis and split into two "arms", which can both divide to form 4 sub-leaflets.

The pinnae on M. heteromera are angled forward and generally rise in a "V" shape from the rhachis; though the lower pinnae tend to sweep sharply forward at an acute angle to the rachis, with the balance of the pinnae generally extending from the rachis in a reasonably symmetrical manner, though the sub-leaflets do overlap each other. 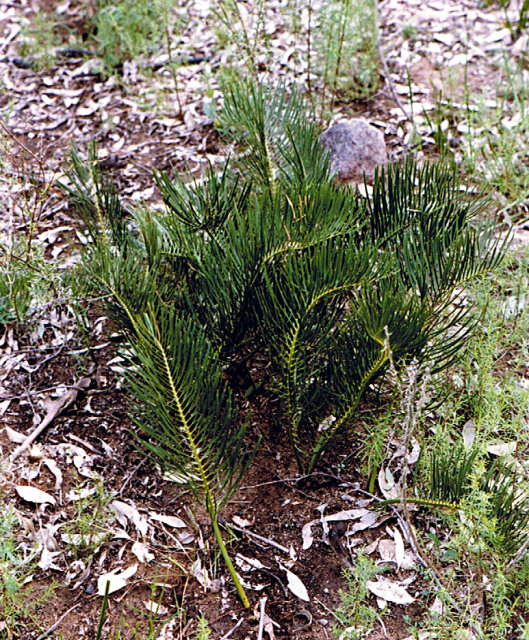 Coning occurs on a very irregular basis, like most inland Macrozamia species. Female plants usually have solitary cones, though plants with 2 cones are not uncommon; while male plants can have up to 4 cones.

M. heteromera, incidentally, is not the species associated by some writers with the mass poisoning of sheep in the Coonabarabran district in 1929. The species involved is, without any doubt, M. diplomera. Confirmation of this comment can be obtained by reference to a veterinary report (about the actual poisoning episode) that appeared in the June 1930 Agricultural Gazette of New South Wales and which carried a photograph of one of the offending plants. 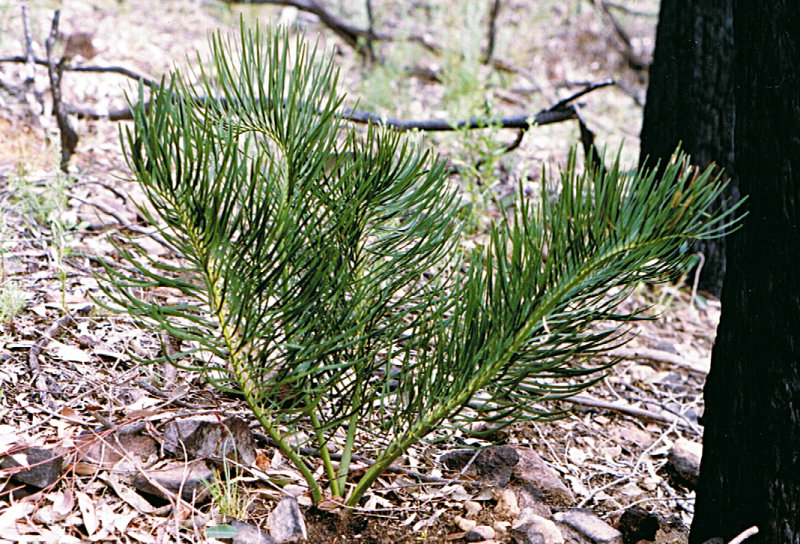 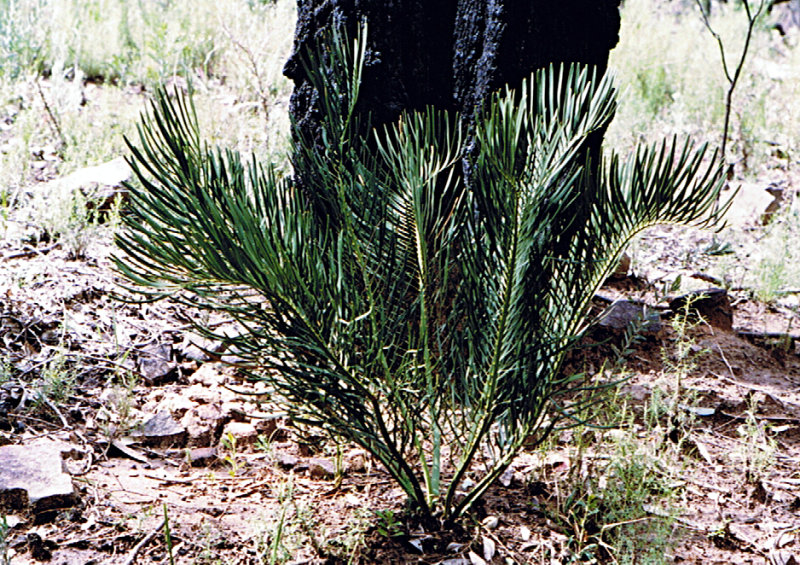 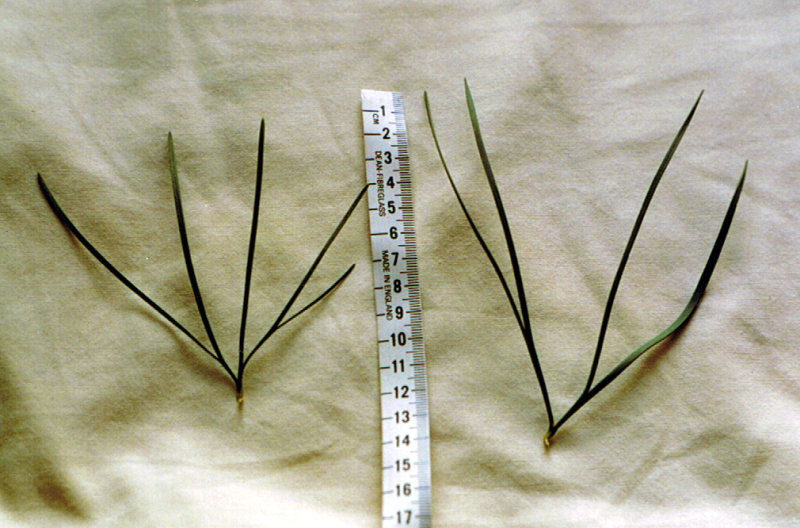 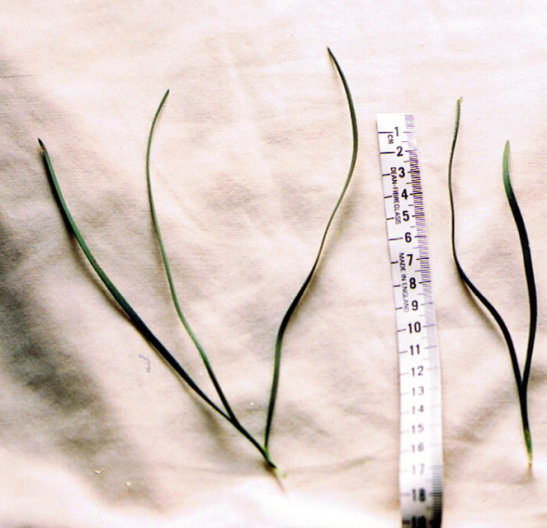 Craig Thompson and Paul Kennedy (Text & Figures1-9)
Note: This article is a revised version of a previous article by Paul Kennedy about Macrozamia heteromera
that was published in Vol. 59 of Principes minor in November 1992, prior to the 1998 revision of the M. heteromera complex by David Jones.