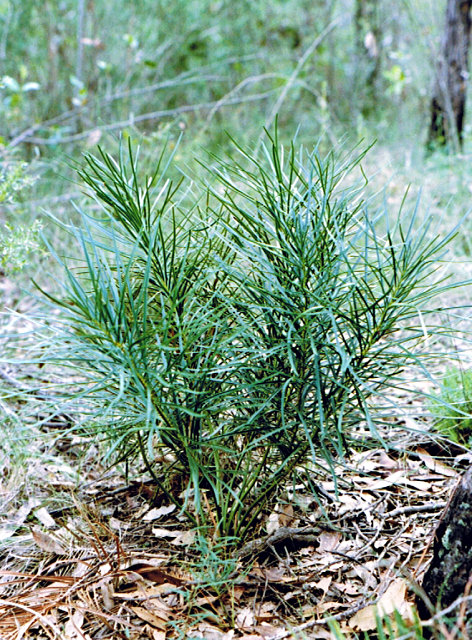 Macrozamia flexuosa is a small (Section Parazamia) cycad that is endemic to New South Wales. It has a subterranean caudex and multi-twisted rachises.

Following a revision of L A S Johnsons 1959 separation of Macrozamia pauli-guilielmi into 3 sub-species, M. flexuosa (previously M. pauli-guilielmi ssp. flexuosa) was recognized as a separate and distinct species by David Jones in 1991. It is named after its multi-twisted rachis, on the basis that it is sinuous, like a coiled snake.

M. flexuosa has a distribution range which is centred around the Hunter Valley and extends to the southern sections of the mid-North Coast. M. flexuosa can be found growing in the Cessnock region on flat, poor quality clay-based soil, under a eucalypt canopy with a thick, bushy Bursaria sp. understorey.

Cessnock (elevation 62 metres) has an annual average rainfall of 769 mm (spread over 102 rain days) with winter minimum and summer maximum temperatures (reached at least once per week in July and January) of -0.4 and 36.1°C. respectively. Frosts occur on an average of 28 days per year.

Over 60% of the annual rainfall at Cessnock falls during summer and autumn. The percentage seasonal rainfall pattern is as follows: Summer: 34%, Autumn: 28%, Winter: 15% and Spring: 23%. 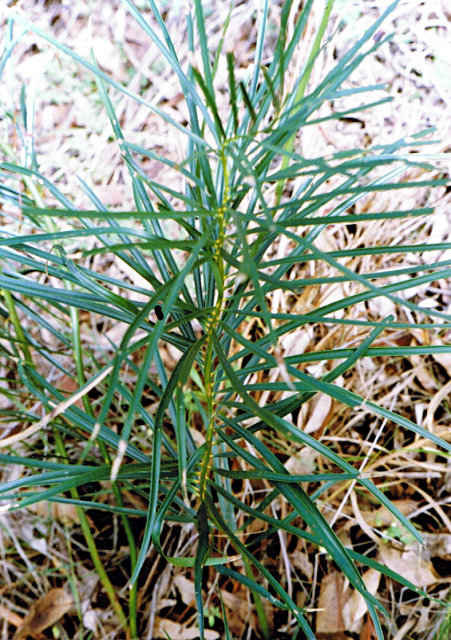 The principal characteristics of M. flexuosa are:

ranging up to a maximum length of approximately 1 metre

in comparison with an average frond length of 60-80 cm

M. flexuosa normally has an unbranched subterranean caudex and grows under a eucalypt canopy in a pattern of large stands of numerous scattered individual plants and, occasionally, small groups of plants. 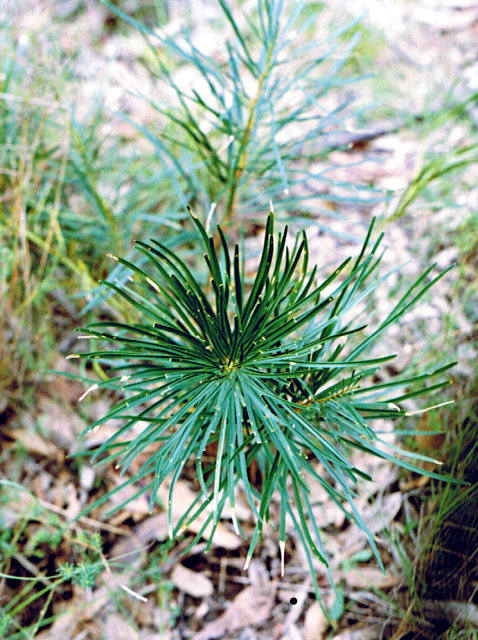 Figure 3. M. flexuosalooking down on frond.

The rachises on M. flexuosa normally twist through 2-6 complete 360 degree revolutions, with the average number of twists usually numbering 3-4.

In similar manner to other species with multi-twisted rachises, the pinnae on M. plurinervia fronds appear to extend radially from the rachis (like the branches of a tree) but, in fact, the rachis itself spirally twists through a number of complete 360 degree revolutions.

Because of the spiral twisting of the rachis, the pinnae normally extend in various directions from the rachis and ultimately form the basis of a frond structure with a more or less spirally ascending spread of pinnae. The pinnae are normally angled slightly forward (from the rhachis), with the apical pinnae often being inclined at a more acute angle to the rhachis. The angle between the rhachis and the median pinnae is usually about 45-50 degrees. 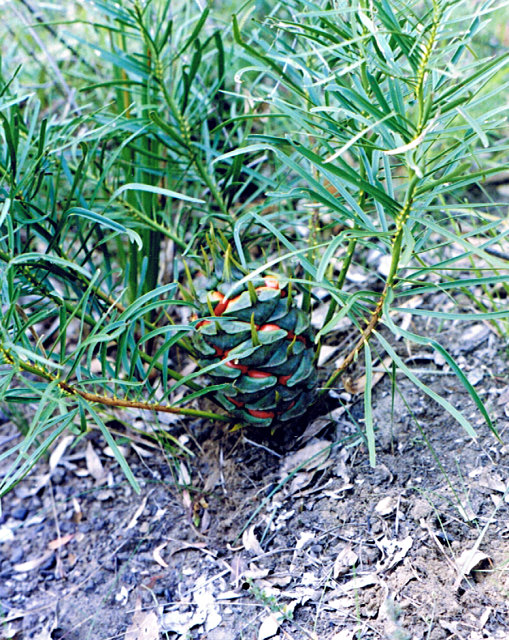 Female cones are usually solitary, though plants with two cones are not uncommon. Male plants can have up to 3 cones. Coning occurs on an irregular basis, though probably more frequently than most of the inland Macrozamia species.

M. flexuosa is reasonably common in the Newcastle area and is recorded as growing alongside and hybridising with M. reducta (previously part of the M. communis complex) in coastal suburbs of Newcastle.

Further inland, near Cessnock, a large stand of M. reducta can be found growing between two disjunct stands of M. flexuosa with some obvious hybrids being evident. In one of the above locations, a large stand of M. flexuosa can be found growing in and around the town rubbish dump. This is not a unique situation as it also occurs with stands of both M. communis and M. spiralis. 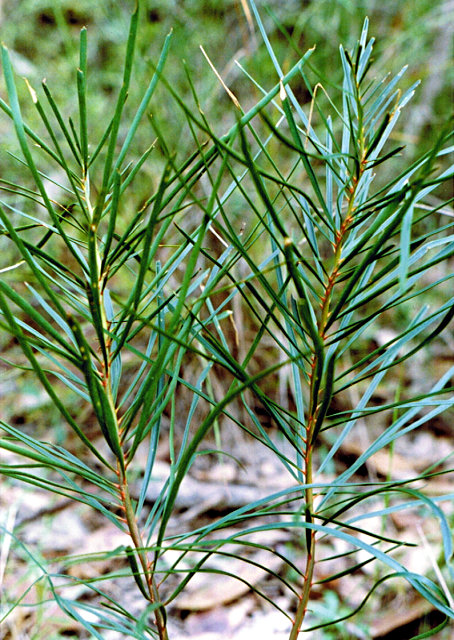 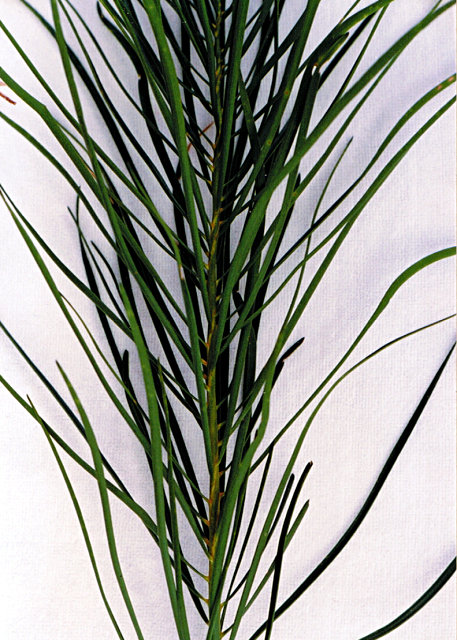 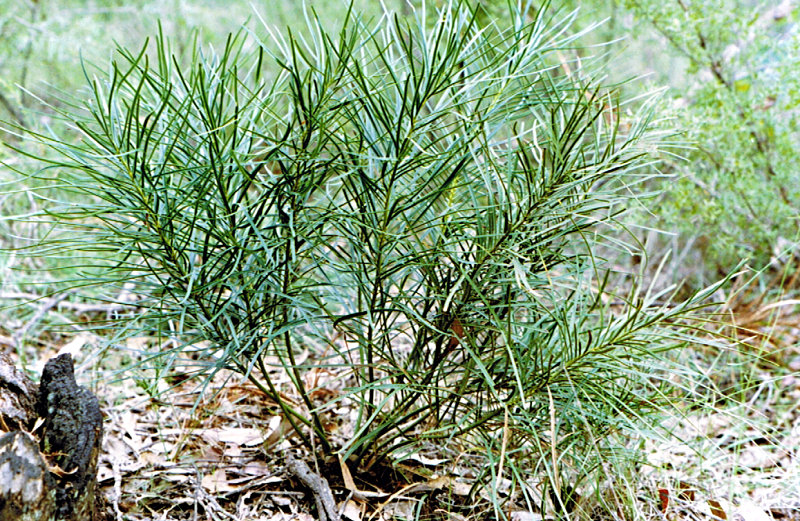 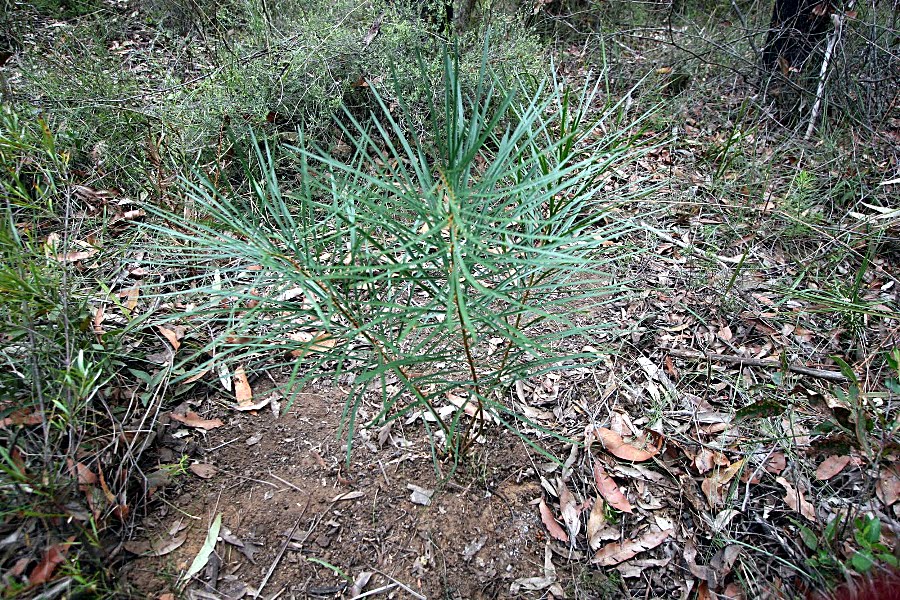 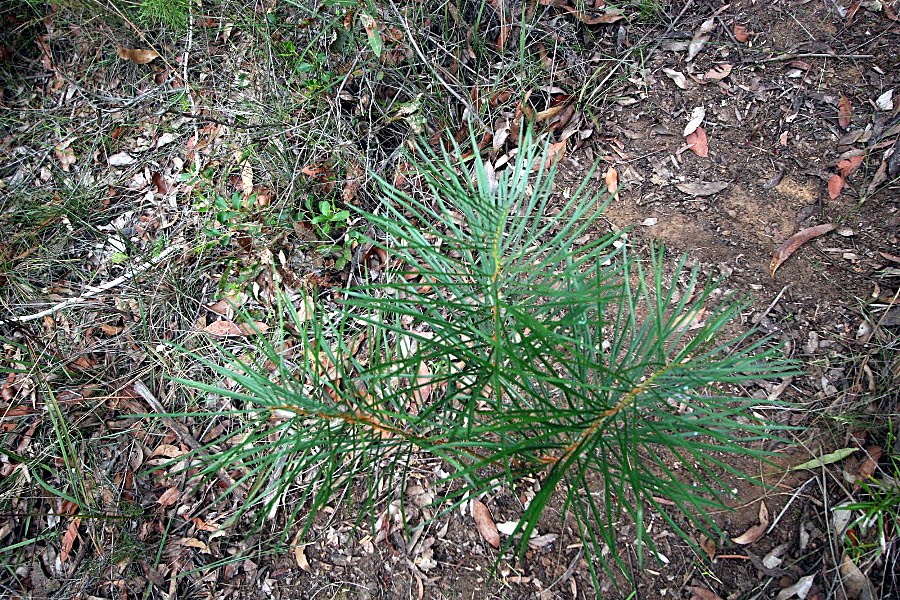