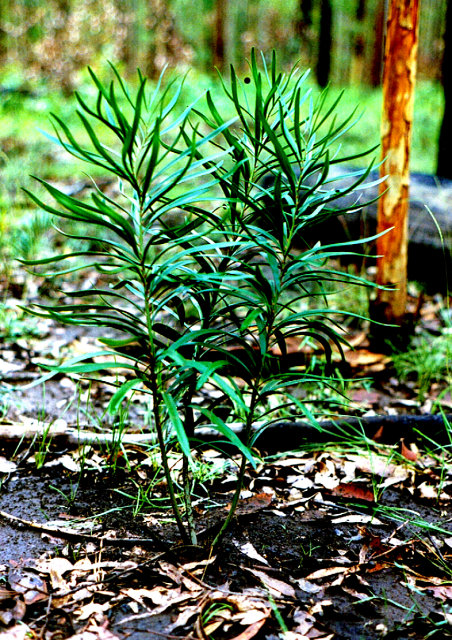 Macrozamia fawcettii is a small (Section Parazamia) cycad that is endemic to New South Wales. It has a subterranean caudex and a strongly spirally-twisted rhachis.

M. fawcettii was named in 1884 by C. Moore after C. Fawcett who originally collected the species.

Macrozamia fawcettii has a limited distribution range, which is confined to the far north coast (and adjacent ranges) and which extends roughly from near the coastal city of Coffs Harbour, north to near Casino and then west to areas surrounding the town of Tabulam (which is situated on the Richmond Range at an elevation of 555 metres).

M. fawcettii can be found growing on undulating hillsides, under a eucalypt canopy, in the foothills of the Coast Range, near Coffs Harbour.

Coffs Harbour (elevation 5 metres) has an annual average rainfall of 1708 mm (spread over 144 rain days) with winter minimum and summer maximum daily temperatures (reached at least once per week during July and January) of 2.6 and 28.9°C. respectively. Frosts occur on an average of 6 days per year though a higher incidence of frosts could be expected on the nearby ranges.

Two-thirds of the annual rainfall covering the overall distribution range of M. fawcettii falls in summer and autumn. The percentage seasonal rainfall pattern is as follows: Summer: 37%, Autumn: 29%, Winter: 15% and Spring: 19%. 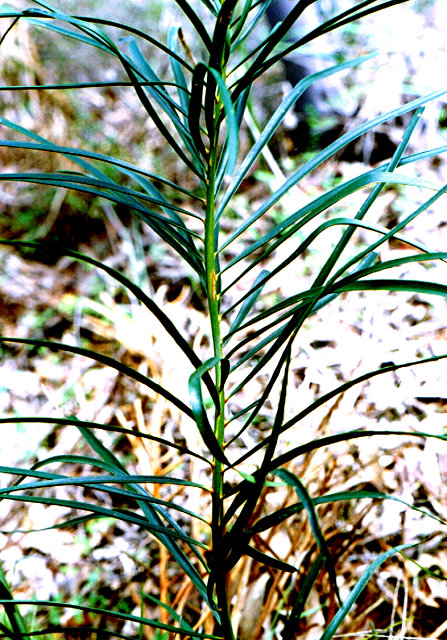 The principal characteristics of M. fawcettii are as follows:

This species normally has an average of 4-6 fronds ranging up to a maximum of approximately 10-12 fronds, although plants with two or three fronds are not uncommon. The fronds generally rise from the caudex in a more or less upright manner, though it is not unusual to find plants with fronds extending from the caudex at various angles, ranging from being almost vertical to spreading at an angle of 30-45 degrees (to the perpendicular). In near-coastal areas, the fronds normally grow up to an average length of 60-70 cm, though the fronds on some plants reach up to 1 metre in length. On the inland ranges, however, the plants are much more robust and can have fronds which grow up to 1.3 metres in length.

In effect, because of the twisting of the rachis, the pinnae extend in various directions and ultimately form be basis of a frond structure with a more or less spirally ascending 360 degree spread of pinnae (see photo of end-on profile of frond). The pinnae normally extend slightly upwards from the rachis, with the apical pinnae often being inclined at a more acute angle to the rachis. Despite extending in various directions from the rachis, the normally flat-surfaced pinnae twist slightly at the base and, generally, face uniformly upwards.

Cones on both male and female plants are usually solitary, but plants with two cones are not uncommon. Coning occurs on an irregular basis, though undoubtedly on a more frequent basis than most of the drier-habitat inland Macrozamia species. We have seen this species cone on a large scale basis in successive years at one particular habitat location (though the same plants were probably not involved in successive conings). 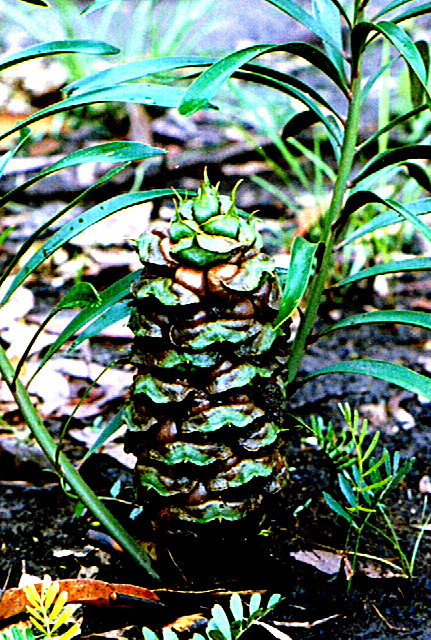 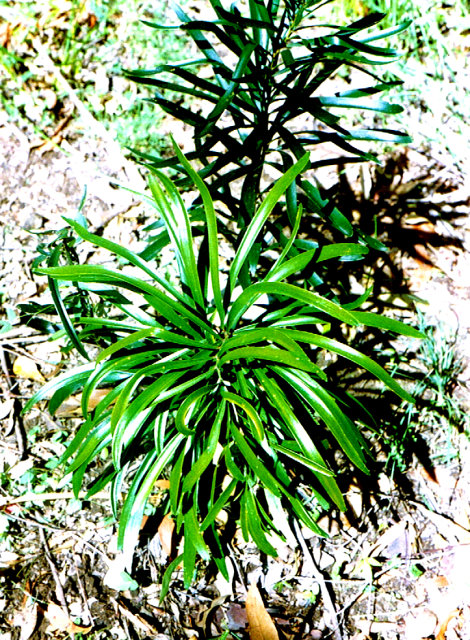 M. fawcettii grows reasonably quickly from seed, unlike most other New South Wales Section Parazamia species which normally grow extremely slowly from seed. The flesh on M. fawcettii seeds varies in colour from orange to red to dark red and often adheres strongly to the outer shell. On a comparative basis, its seeds are generally the most difficult New South Wales Macrozamia species seeds from which to remove the flesh, unless they are first soaked in water for a long period of time.

Despite being small, M. fawcettii is a very attractive cycad, principally due to its broad, glossy pinnae. With age, the pinnae on new fronds undergo a colour transformation and change from an initially bronze (or sometimes light green) to a dark green colour. As the fronds age, they sometimes become unsightly due to damage from leaf-rolling insects.

Unlike M. diplomera caudices, which can have a 1.5 metre long whipcord-like tap root, the caudices of M. fawcettii sometimes do not have a root system at all as they seem to rot away at the point where they (possibly) encounter a water-table which is relatively close to ground level.

In respect of New South Wales cycads, M. fawcettii is related to three other (Section Parazamia) species; M. flexuosa , M. plurinervia and M. concinna (a new species which was named by David Jones in 1998). These three species all have multi-twisted rachises, but M. fawcettii is easily distinguishable from these other species, because of its glossy and much broader, flat-surfaced, pinnae. 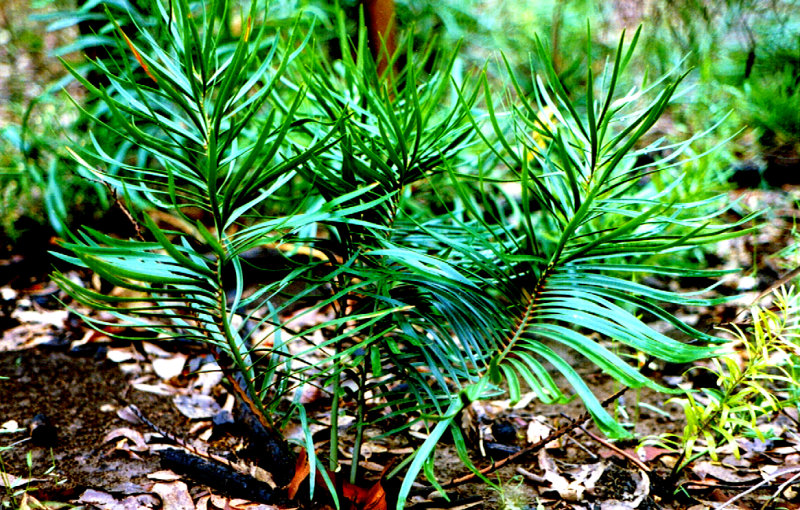 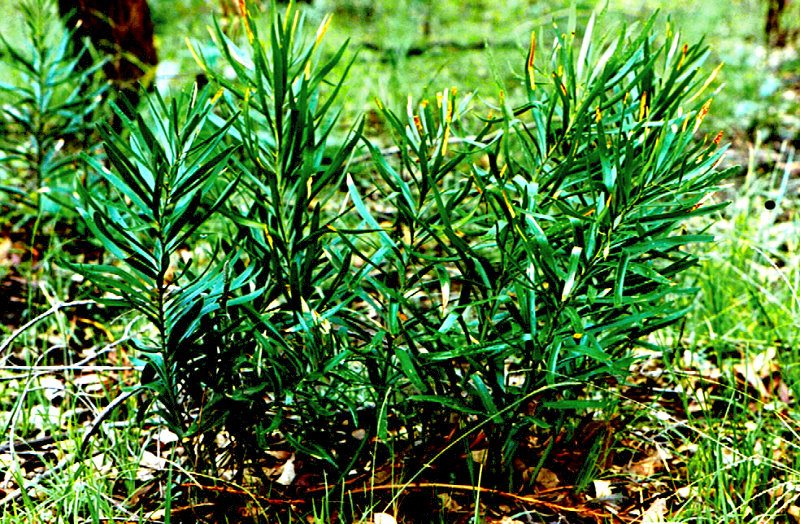 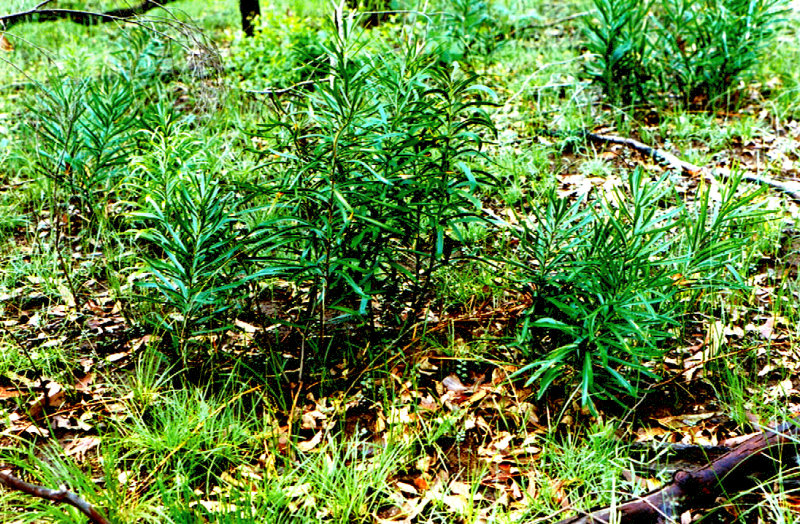 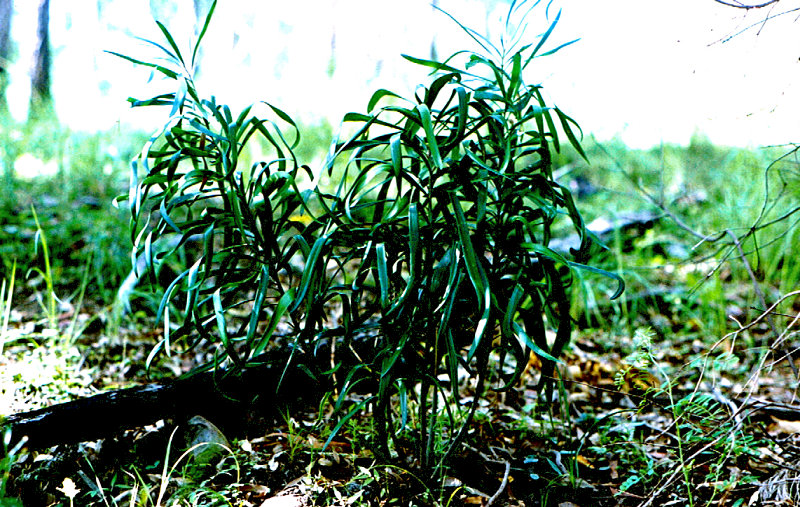 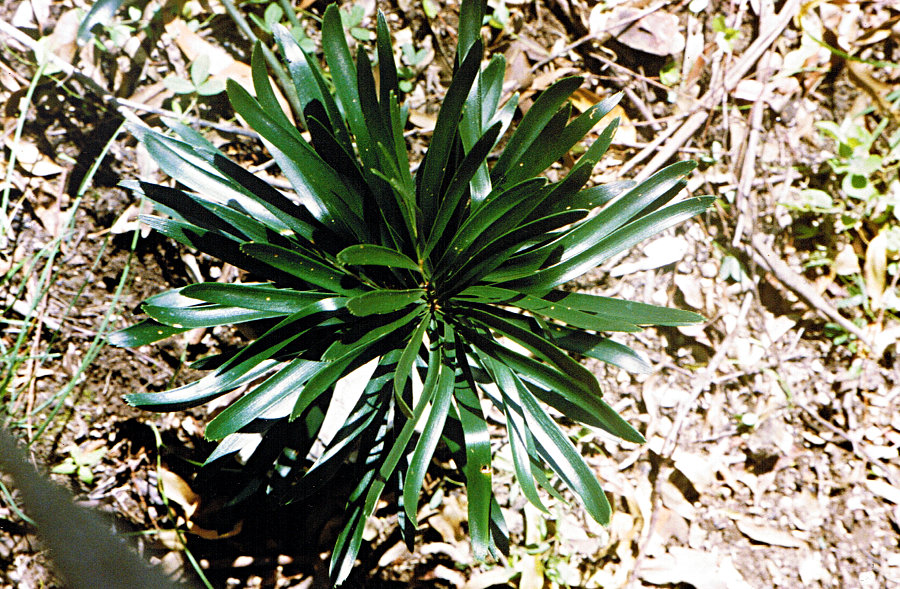 Figure 9. Looking directly down on M. fawcettii frond in habitat. 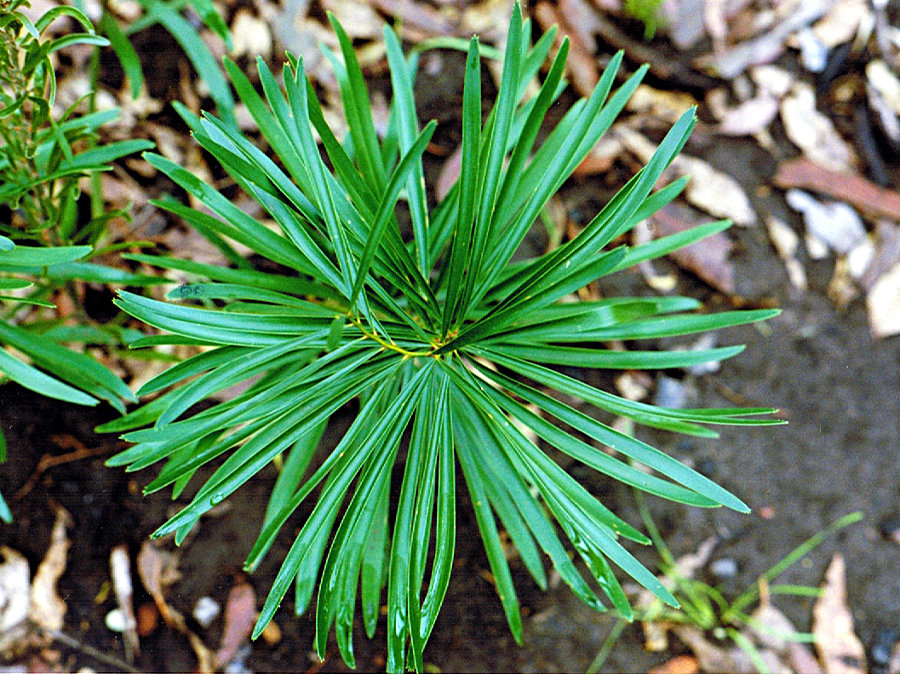 Figure 10. Looking directly down on M. fawcettii frond in habitat. 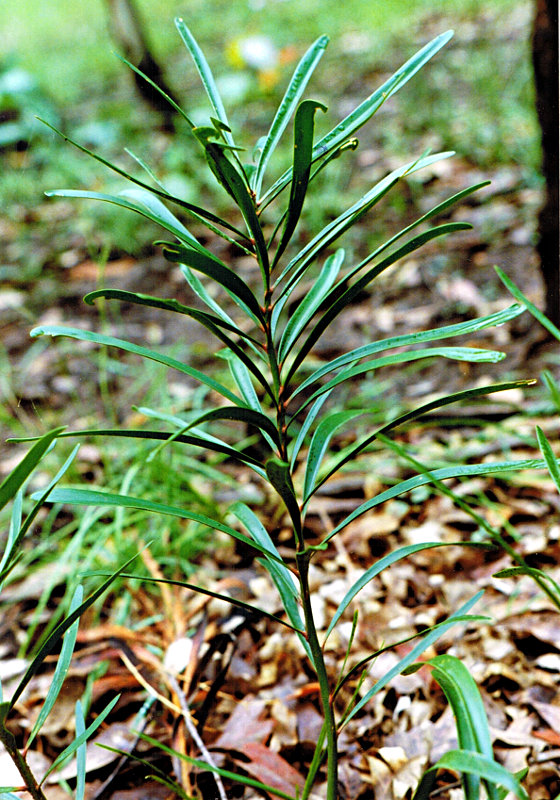 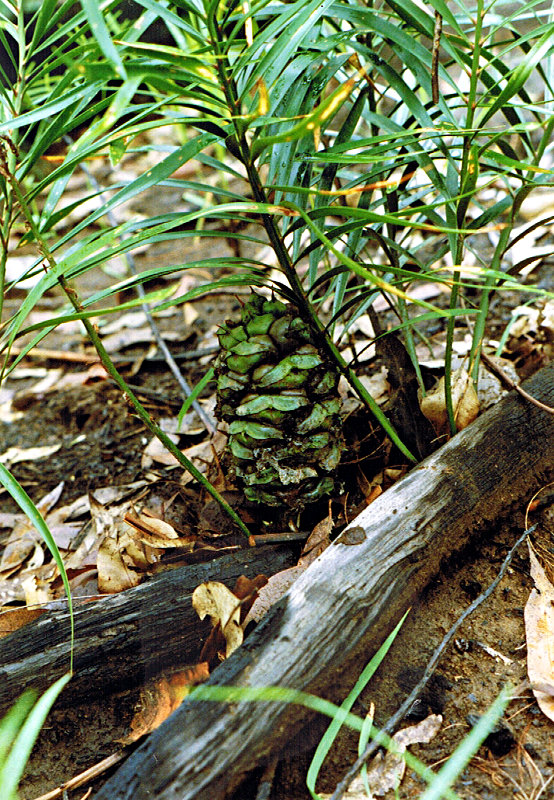 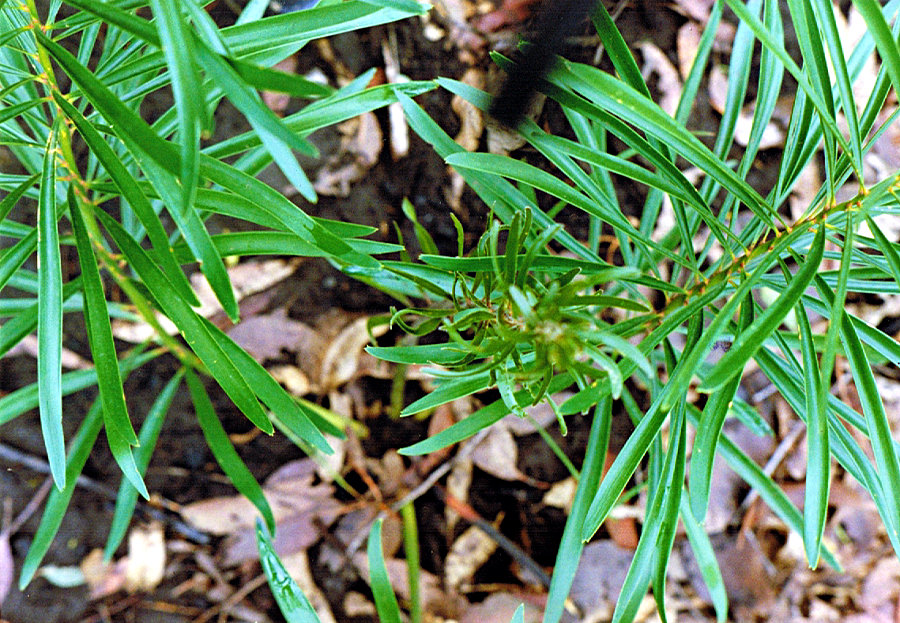 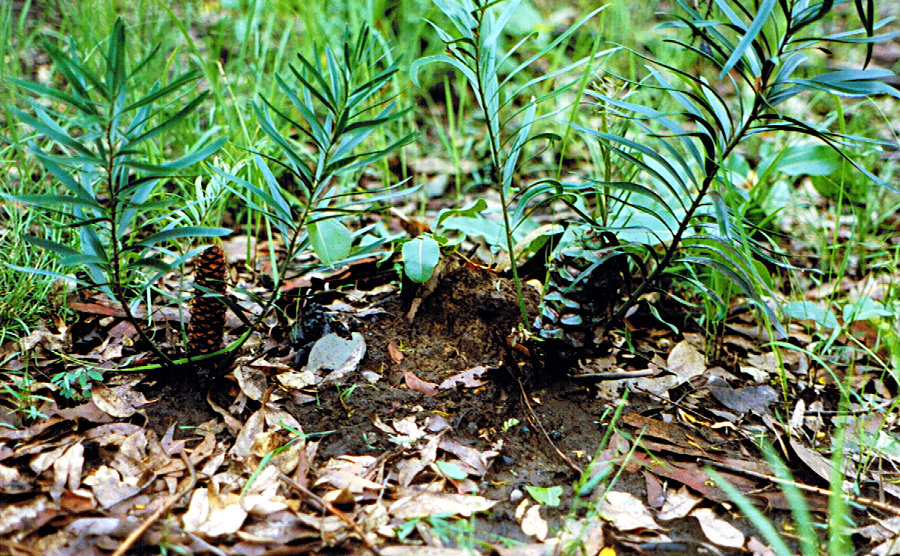 Craig Thompson and Paul Kennedy (Text and Figures 1-14)
Note: This article is a revised version of a previous article written by Paul Kennedy that appeared in Issue No. 70 of Principes minor in September 1994 and in Vol. 51 of Palms & Cycads in April 1996.