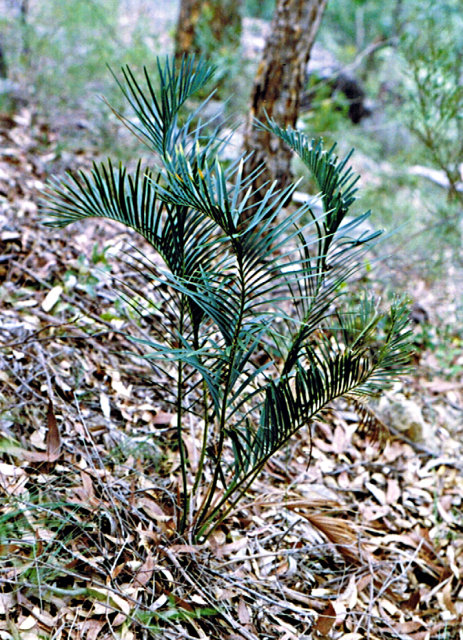 Macrozamia elegans is a medium sized (Section Parazamia) cycad that is endemic to New South Wales. It has a subterranean caudex and fronds that normally have a moderate spiral twist.

M. elegans was described and named in 1998 by Ken Hill and David Jones, when it was recognised as a separate and distinct species. It was named after its elegant and graceful appearance. It was previously known by local cycad enthusiasts as "robust spiralis".

M. elegans has a very limited habitat area on the Blue Mountains, west of Sydney. The distribution range of this species is restricted to an area emanating in an arc, in an easterly to north-easterly direction, from the small town of Bilpin (elevation 606 metres). 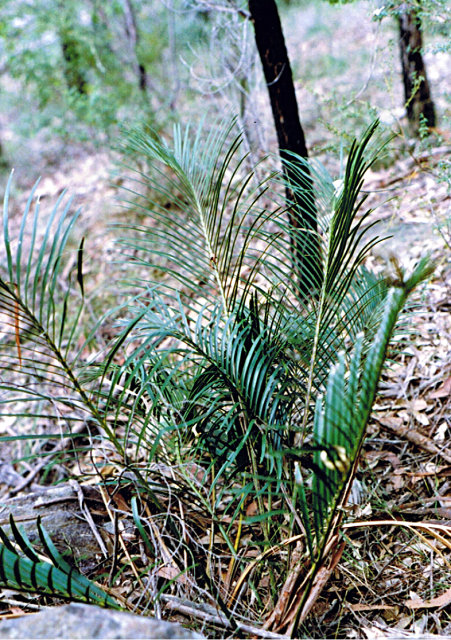 There is no Weather Station near the habitat location of M. elegans, so we had a choice of using the data from Katoomba (elevation 1015 metres) on the upper Blue Mountains or Richmond (elevation 20 metres) at the base of the Blue Mountains. Katoomba is 31 km south-west of Bilpin (and 409 metres higher), while Richmond is 26 km south-east of Bilpin (and 586 metres lower). We chose Katoomba on the basis that Bilpin is an apple-growing area and the cooler conditions at Katoomba compared with Richmond would be more appropriate.

Approximately 60% of the annual rainfall at Katoomba falls in summer and autumn, with the balance being spread, almost equally, between winter and spring. 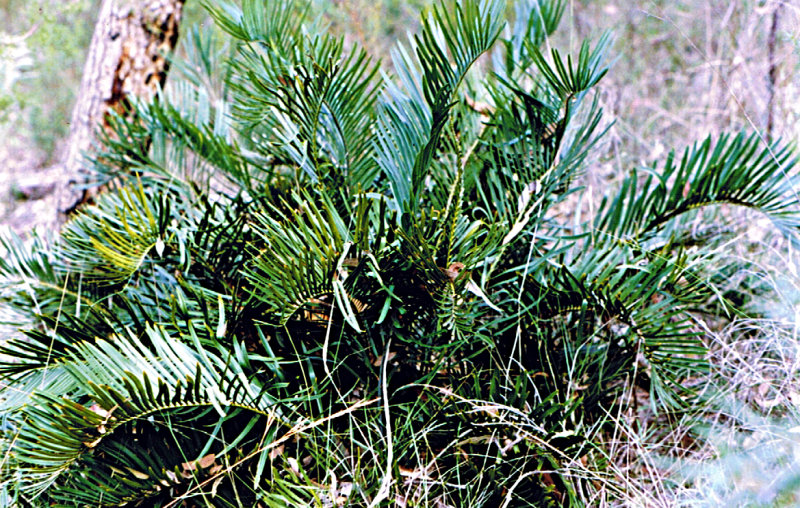 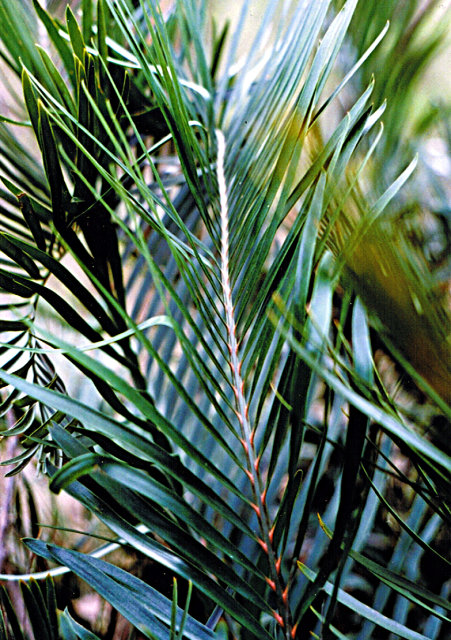 The principal characteristics of M. elegans are as follows:

M. elegans plants usually have between 3 to 10 fronds, though occasionally the number of fronds can exceed 10. The norm is about 4-6 fronds The fronds are normally moderately spirally twisted, though sometimes they have no twist at all. 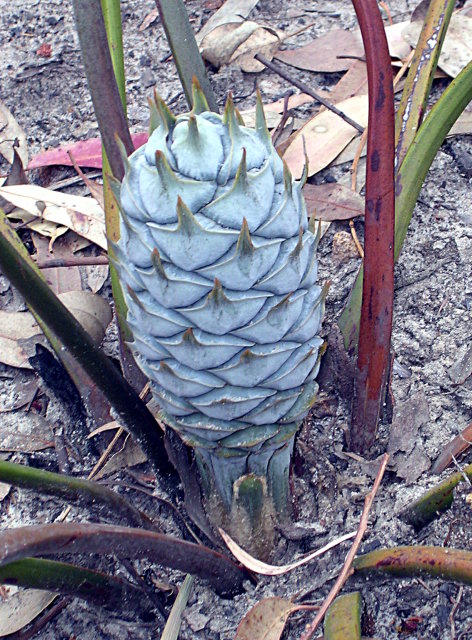 Male and female cones initially are a powder blue colour and are quite striking in colour compared with most other Macrozamia species. Cones on both male and female plants are usually solitary, though either male or female plants can produce 2 cones.

On an affinity basis, in respect of New South Wales cycads, M. elegans is closely related to M. spiralis, from which it was segregated. M. elegans has fronds, pinnae, cones and seeds that are larger than those of M. spiralis. In essence, M. elegans is a size-increased M. spiralis; just as, conversely, M. reducta is, in effect, a size-reduced M. communis. 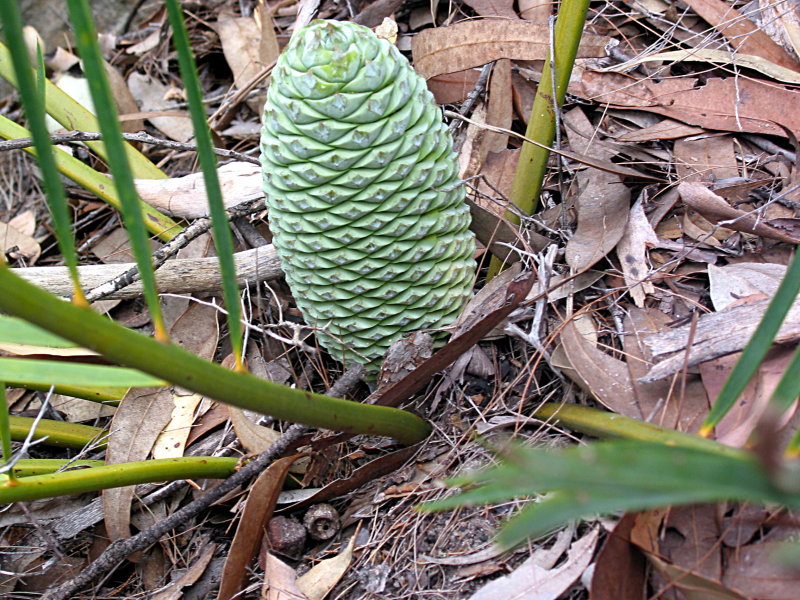 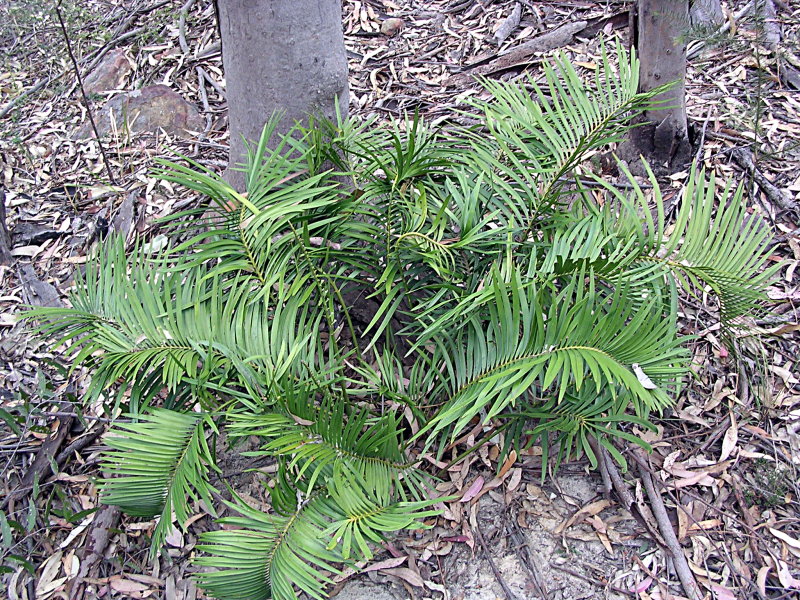 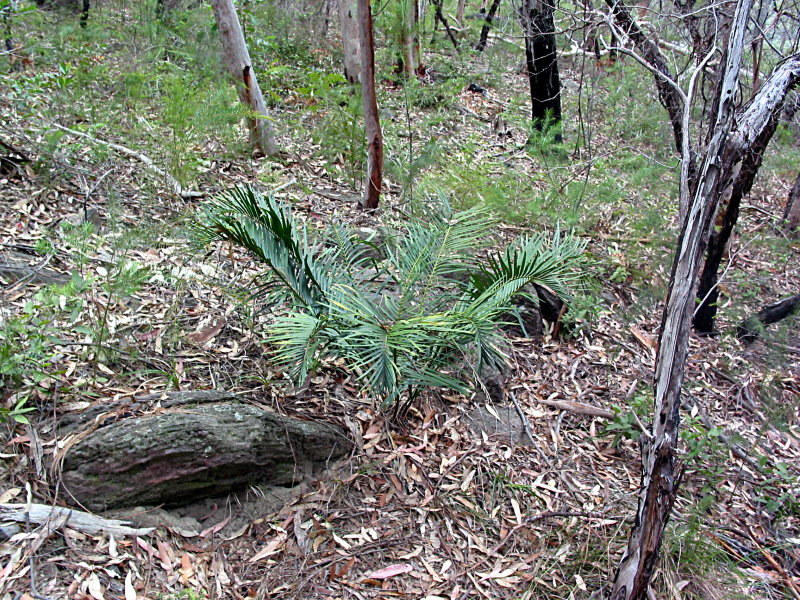 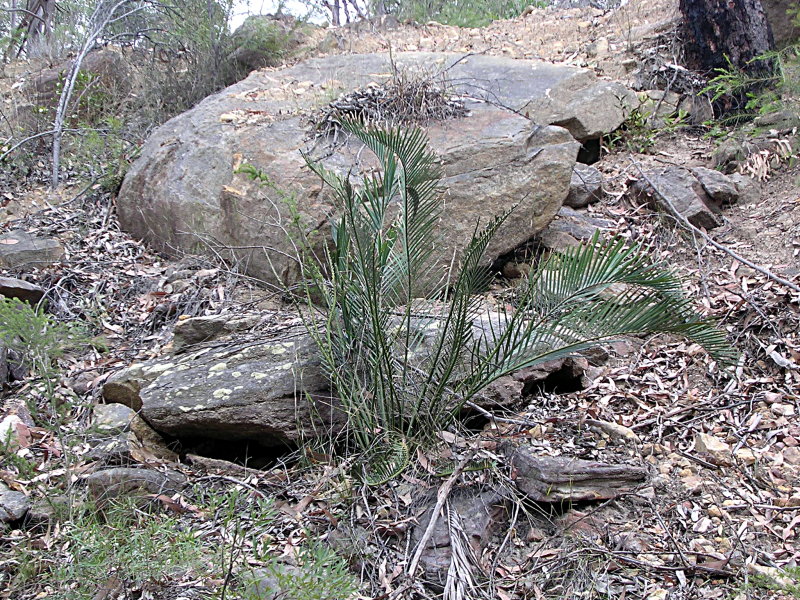 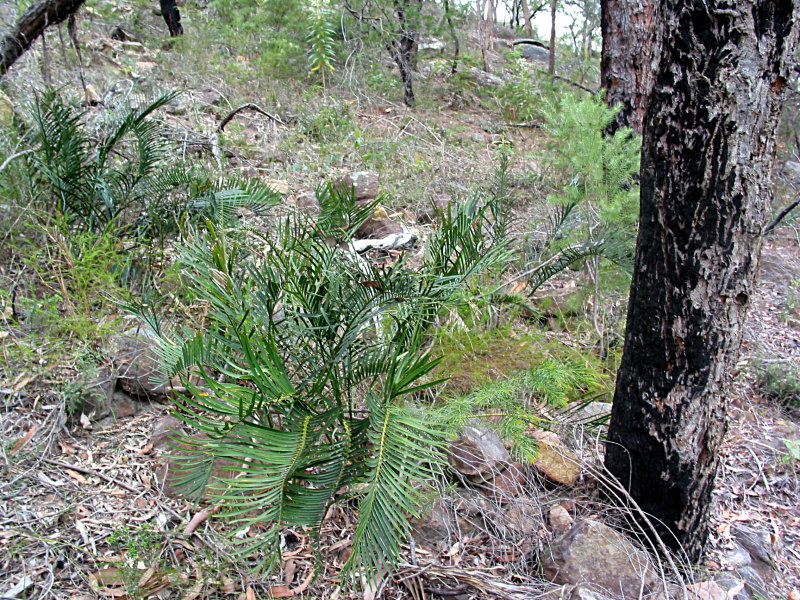 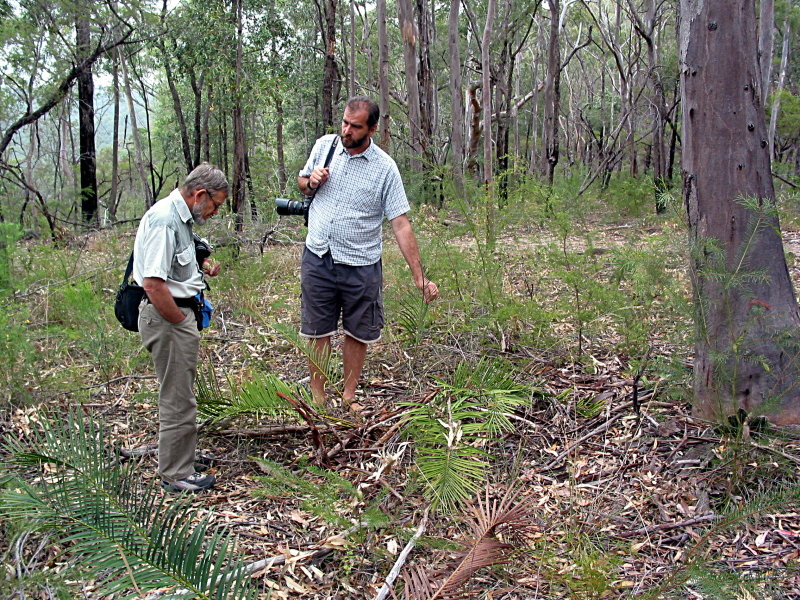