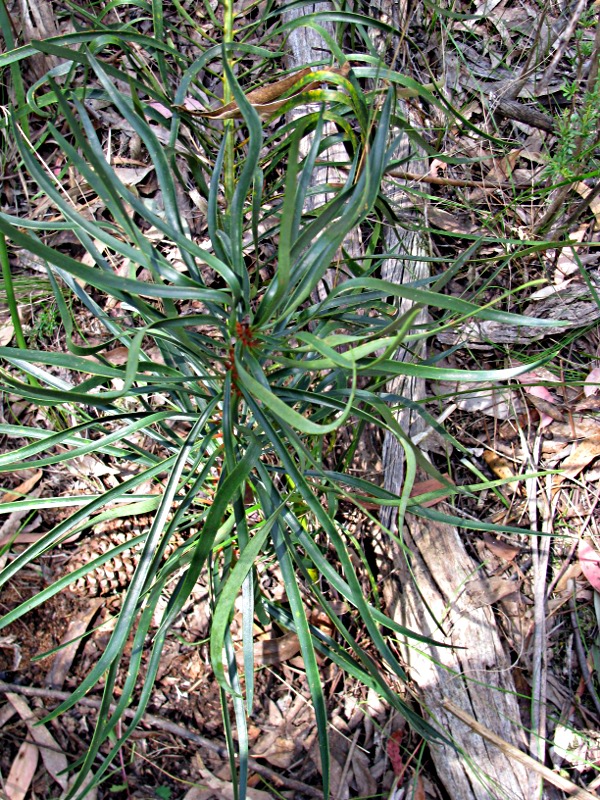 Macrozamia concinna is a small (Section Parazamia) cycad that is endemic to New South Wales. It has a subterranean caudex and spirally twisted rhachises.

M. concinna was described and named in 1998 by David Jones, when it was recognised as a separate and distinct species. It had previously been identified under the M. pauli-guilielmi umbrella as a sub-species (M. pauli-guilielmi ssp. plurinervia). It was named after its neat and trim appearance.

The distribution range for M. concinna extends from the Upper Hunter Valley north to the Nundle/Hanging Rock region.

M. concinna usually grows on steep hillsides and slopes at high altitudes, ranging from 800 to 1,200 m. It normally grows under a eucalypt canopy, with a medium to dense under-storey. It can be found growing near Hanging Rock, at an elevation of approximately 900 m. 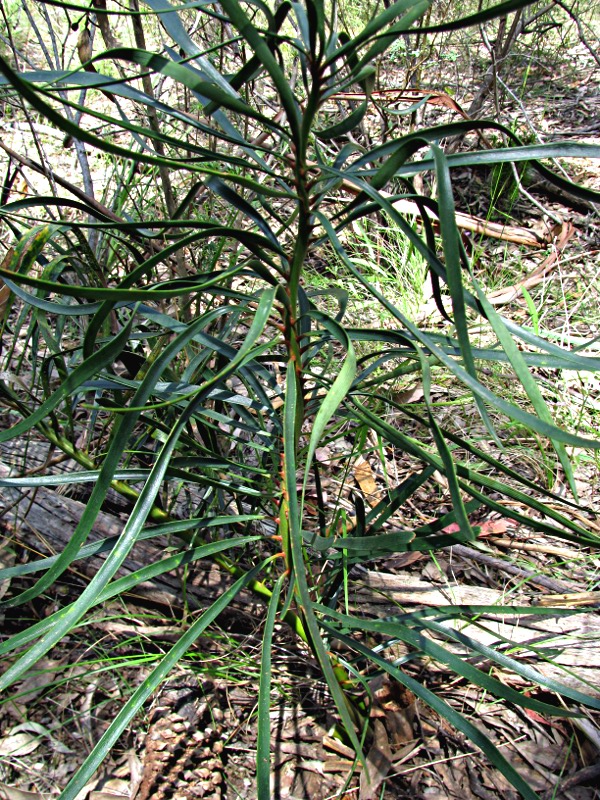 In 1990 we escorted Dr Piet Vorster (past-President of the Cycad Society of South Africa) on a trip around New South Wales to look at various cycads. During the trip Dr Vorster photographed several M. concinna plants (then known as M. pauli-guilielmi ssp. plurinervia) that were either partially or almost completely covered in snow (see Figures 11-14 below). Some of Dr Vorster"s photographs have recently featured in articles published about M. concinna.

The principal characteristics of M. concinna are: 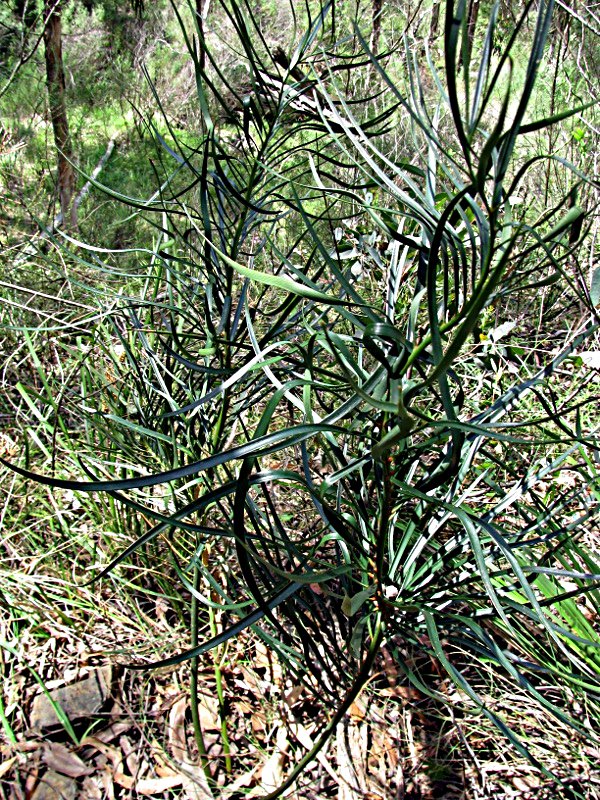 Plants normally have up between 1 and 5 fronds. Plants with 1 or 2 fronds are not uncommon.

In similar manner to other species with multi-twisted rhachises, the pinnae on M. concinna fronds appear to extend radially from the rhachis (like the branches of a tree) but, in fact, the rhachis itself spirally twists through a number of complete 360 degree revolutions. The pinnae extend more or less laterally from the rhachis, with the apical pinnae extending at a more acute angle. The number of complete twists of the rhachis can vary from a single twist to multiple twists. Occasionally, some fronds do not twist at all.

Cones on female plants are usually solitary. Male plants can have 1-2 cones. Coning occurs on an irregular basis, 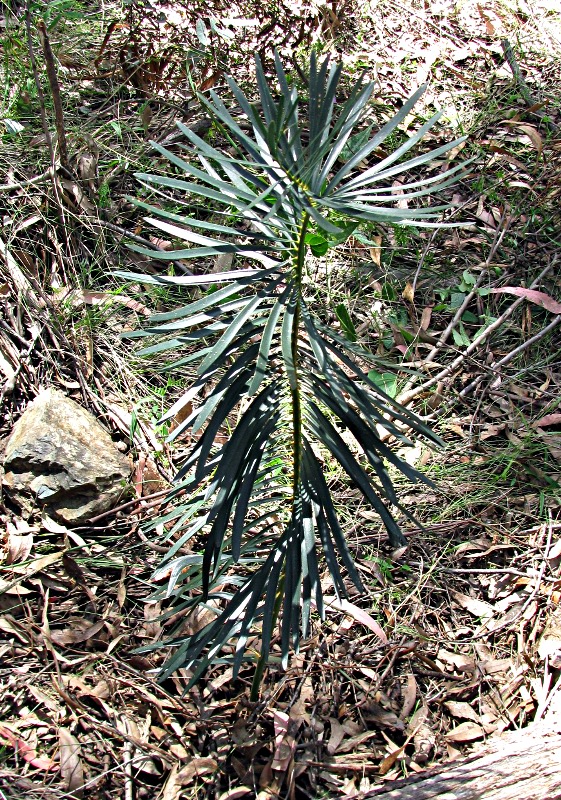 M. concinna is geographically isolated from other cycad species and hybrids are non-existent.

M. concinna is related in varying degrees to each of the other three New South Wales cycads with multi-twisted rhachises (M. fawcettii, M. flexuosa and M. plurinervia). It has a close relationship to the larger M. plurinervia, (from which it was segregated) but is more akin in size and general characteristics to M. flexuosa. 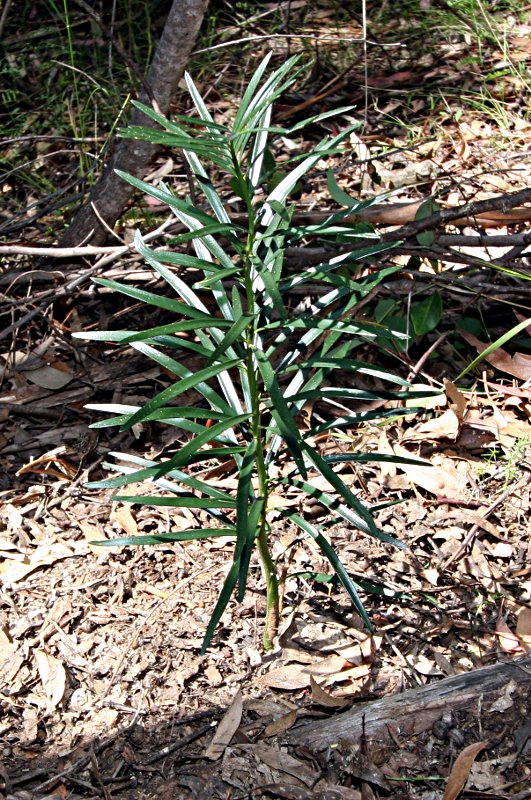 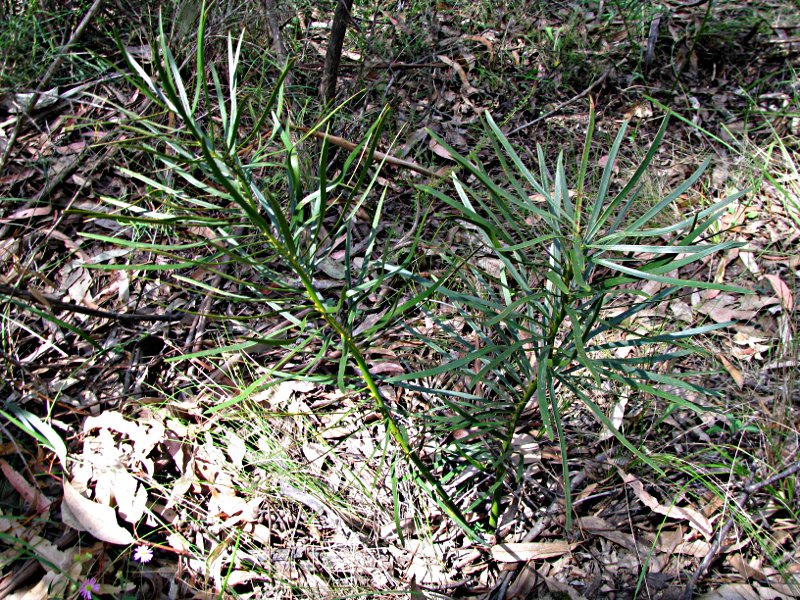 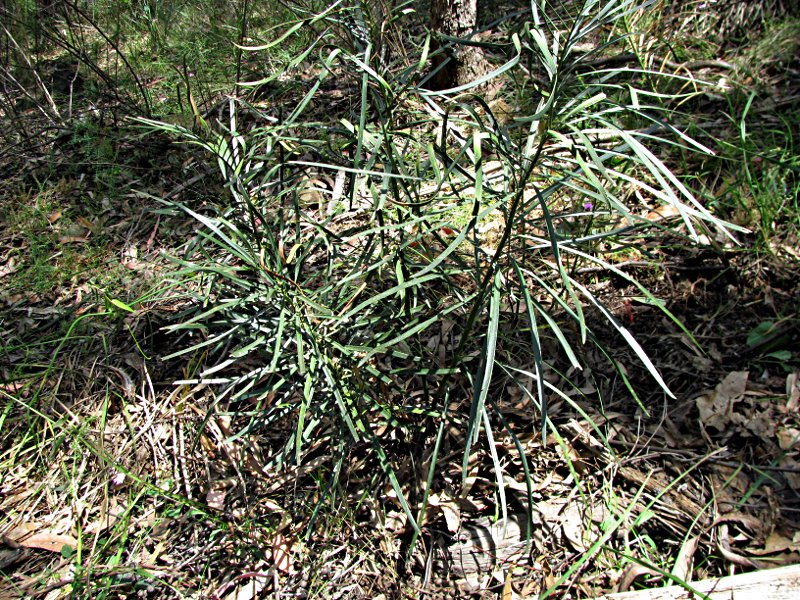 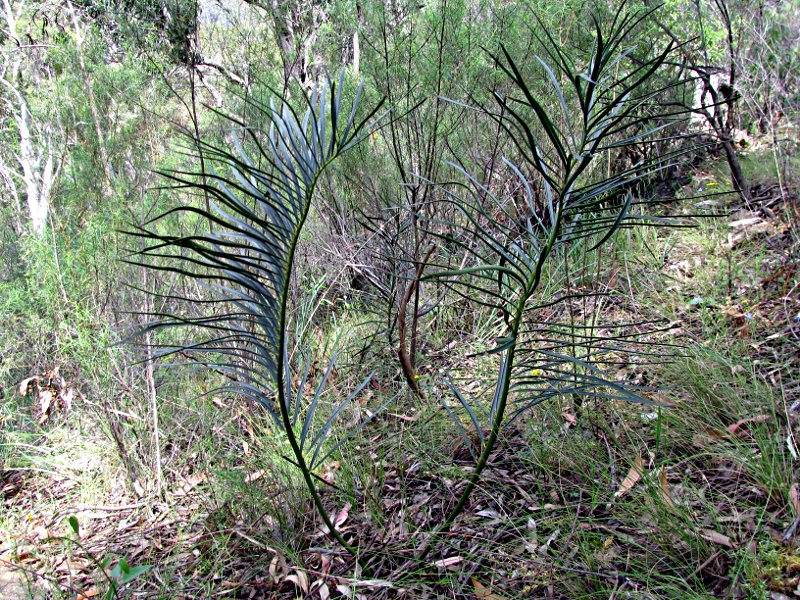 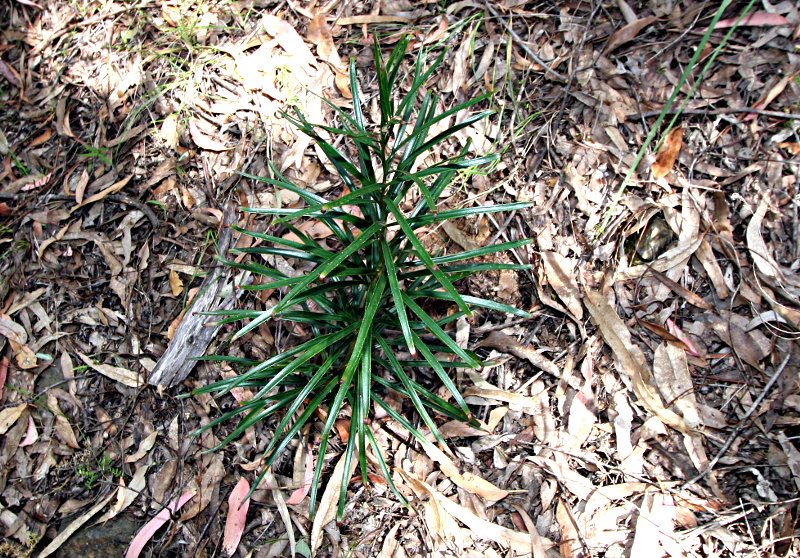 Figure 9. Looking down on M. concinna. 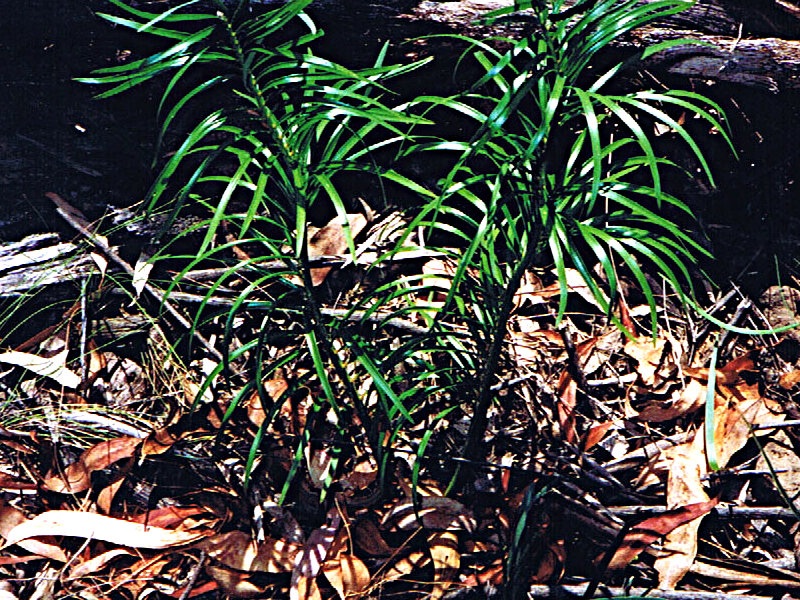 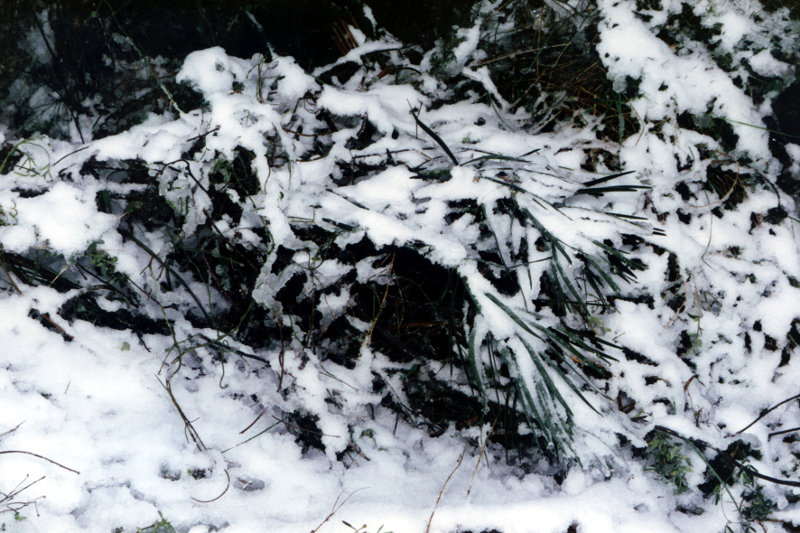 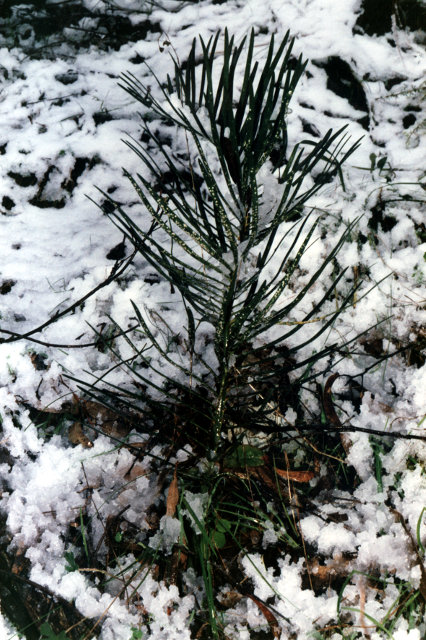 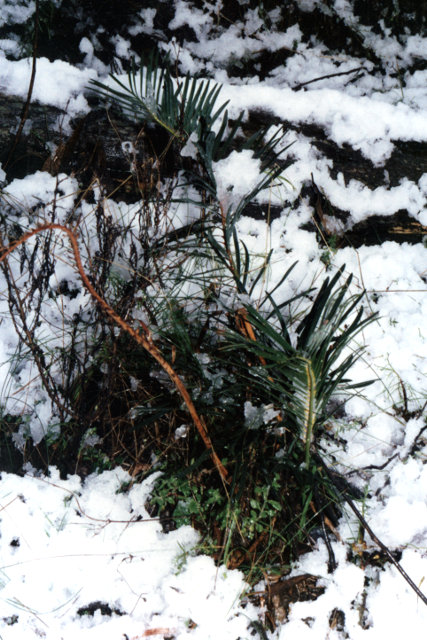 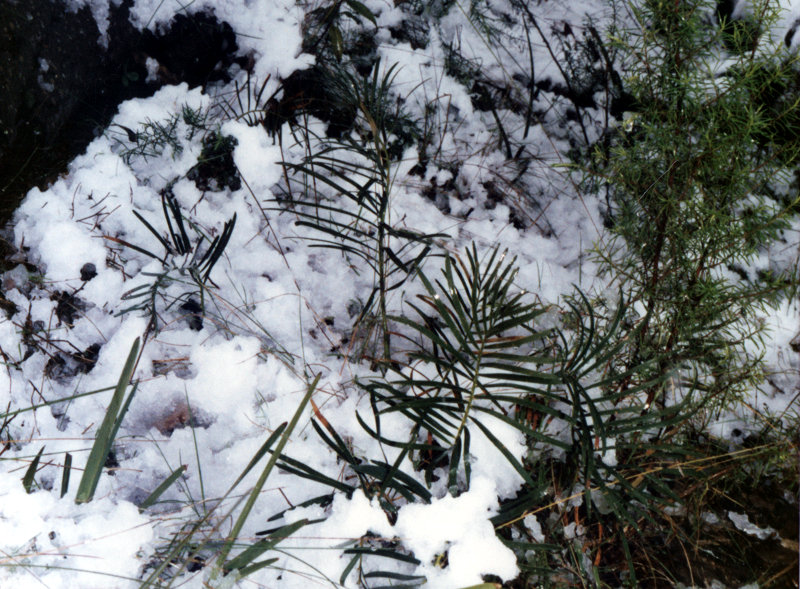