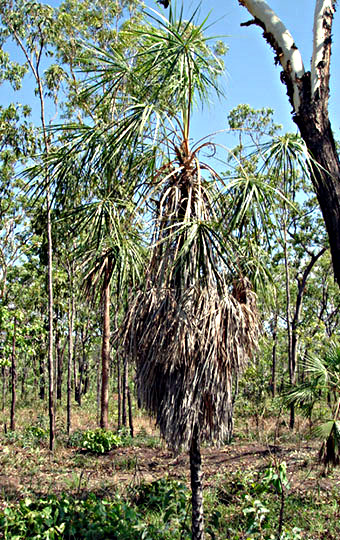 In July 1988, during geological exploration in the vicinity of Westmoreland Station in remote far northwest Queensland, Jenny Birch (J.B.) encountered an unexpected population of a Livistona species. Somewhat scattered on the northern sides of a weathered sandstone tract rising to 269m, the most dense stands appeared in the steep-sided gullies and pockets within the range. Fruits were collected, details noted and photographs taken. Unfortunately the significance of the occurrence was not recognised, so samples of leaves and infloresences were not collected. Subsequent determinations (A.K. Irvine, J.L.D.) have placed the palm as Livistona inermis R. Br.

To verify the authenticity of the claim, the Queensland Herbarium (Bris) was contacted. A collection labelled Livistona inermis (Farrell, F.T. 815 20th Dec. 1977) was acknowledged, the locality at which it was collected noted as 20° 21' S by 139° 44'E which is approximately 100 km northwest of Mount Isa, and 300km east*southeast of Westmoreland.

The locality, a tributary of the Gregory River and within the limits of the known distribution of L. rigida, introduced an element of doubt as to the correct naming of the Farrell collection. Subsequently, an examination of that collection was undertaken and it was determined that it was indeed L. rigida and not L. inermis as labelled. Notwithstanding other disclosures of misrepresentations or obscure collections of this species, it appears that the J.B. collection from Westmoreland is the first substantiated report of L. inermis in Queensland.

With their reddish petioles, clean trunks and graceful form, Livistona inermis make handsome stands in the Westmoreland area. Extreme variation in height is noticeable - odd specimens are 2 or 3 times the average height which is otherwise uniform.

The palms occur on Westmoreland Station in far north-west Queensland. The region has a monsoonal climate with the 920mm annual rainfall concentrated in two months of the year. The estimated extent of this population covers from 17° 24' S to 17° 28' S and 138° 09' E to 138° 17' S. This is about 65km inland from the Gulf of Carpentaria and 20km east of the Queensland/Northern Territory border. The rocks are predominantly sandstone conglomerate of the Westmoreland formation overlying volcanics in parts. The palms appear to grow almost exclusively on the sandstone and soils derived from it, densest at the bases of weathered cliffs. In at least one site, volcanics are at shallow depth. Occasional palms grow in cracks and depressions on the ridges. The area is prone to strong "gully winds" for an hour or so each night. These would rapidly strip senescent leaves during the dry season and probably contribute to the relatively clean trunks of the majority of the palms in the population. 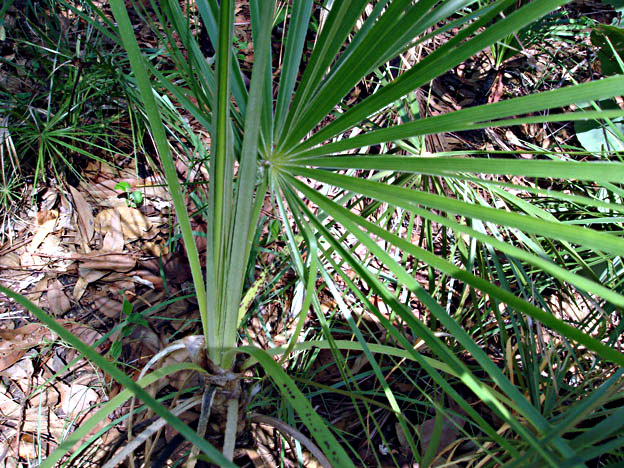 Hitherto, the recorded distribution of this species was considered confined to the Northern Territory, throughout the Top End from the Adelaide River to Nourlangie, including Katherine Gorge where it reaches its highest population density, and on the islands in the Gulf of Carpentaria including Groote Eylandt, Maria Island and the Sir Edward Pellew Group as well as the aforementioned (but incorrectly determined collection) site at about 100km north-west of Mount Isa. The type locality is the Sir Edward Pellew Group, which is some 240kin north-west of the Westmoreland stand. It is mentioned as occuring in Queensland (Brock 1988) but without further details. 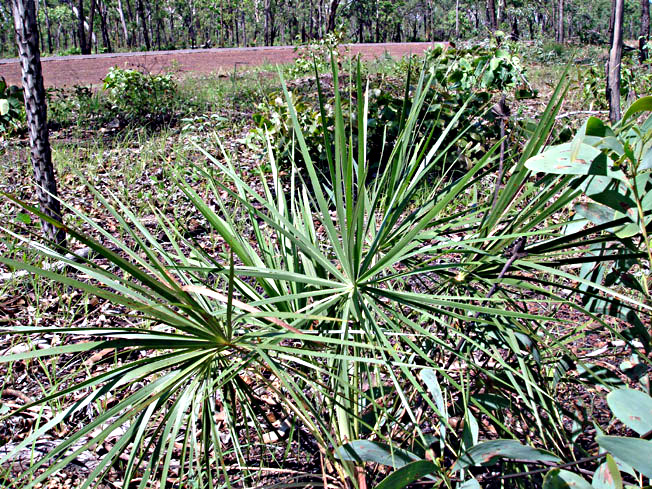 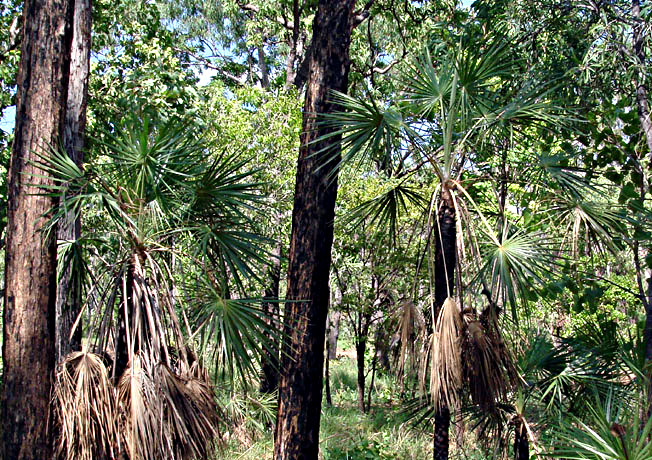