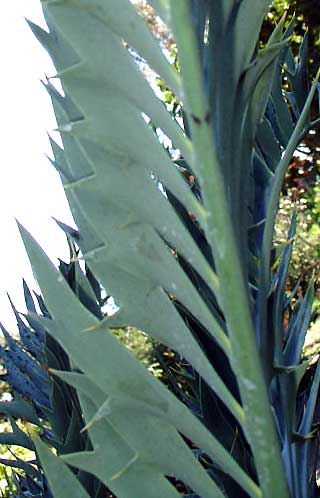 Open rocky areas, or light forest, near the Bushmans River, and Fish River of the Eastern Cape Province, South Africa.

A small (to 1m) clumping cycad with up to 6 stems. Blue green, pointy, erect leaves.

One of the famous group of "blue" cycads. Initially classed as a variant of E. horridus but eventually given its own rank. A highly variable plant. 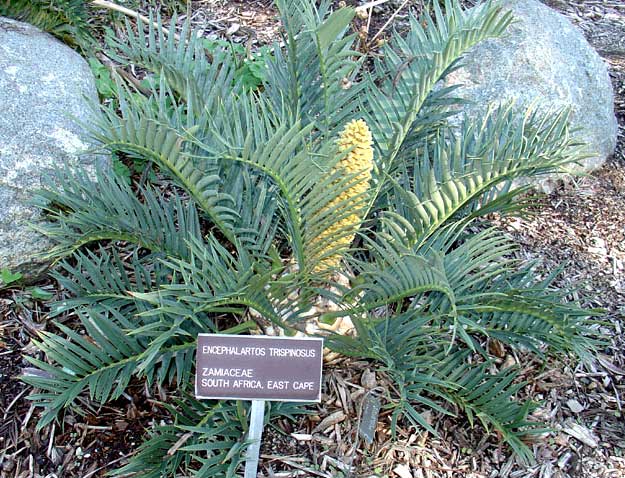 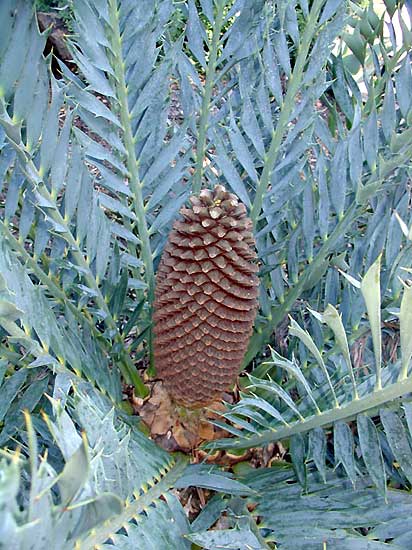 Figure 3. A nice blue E. trispinosus with a male cone. 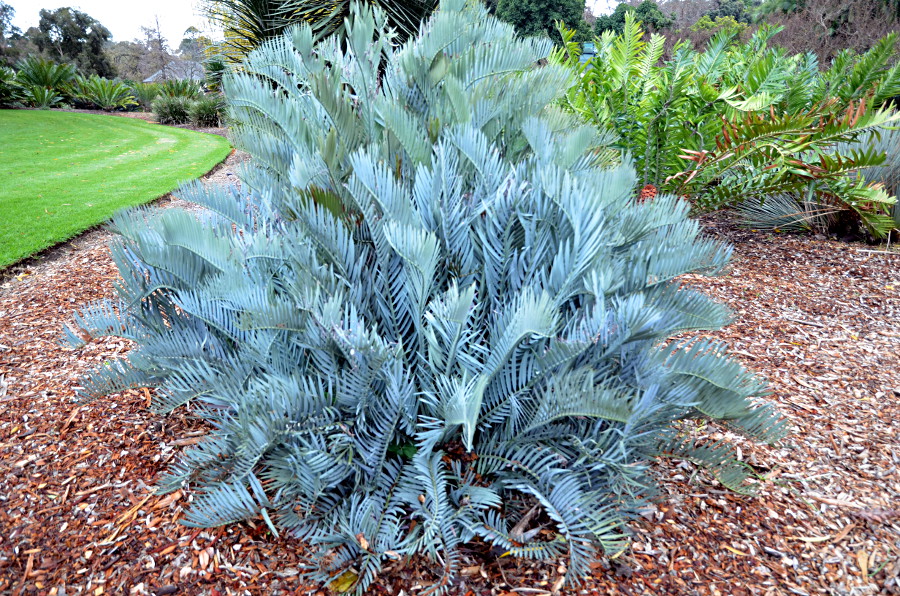