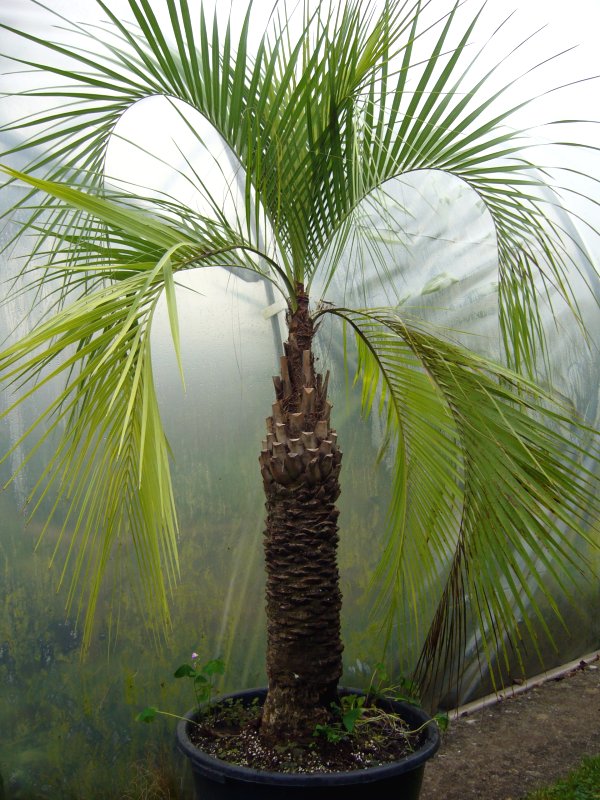 This Butia comes from South central Brazil. It is a very rare Butia and only found in a small number of locations.

A very small trunked and elegant Butia named after its purple flowers and fruit, although this is not the rule and some forms also carry yellow flowers and fruit. The leaves vary from bluish-grey to green. The seed tends to be rather small in size and ovoid. It is the only Butia to have a spineless petiole (see Figure 2).

It is not known in cultivation, although it shows considerable resistance to frost, taking at least -6°C and probably more. Due to its small elegant size it would make the perfect palm for a tropical look in cold areas although its very slow growth would be a limiting factor. It can also grow in subtropicals locations. Aside from its cold hardiness it is also a very drought and wind resistant. 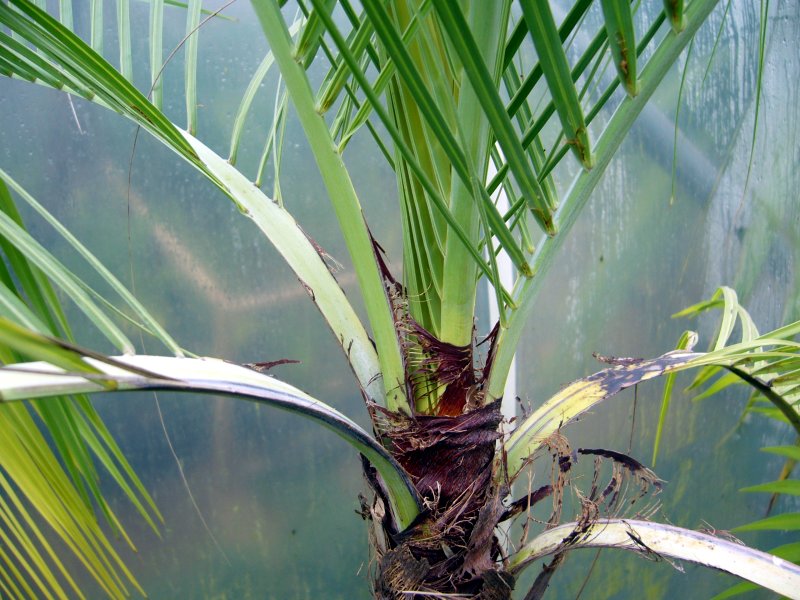