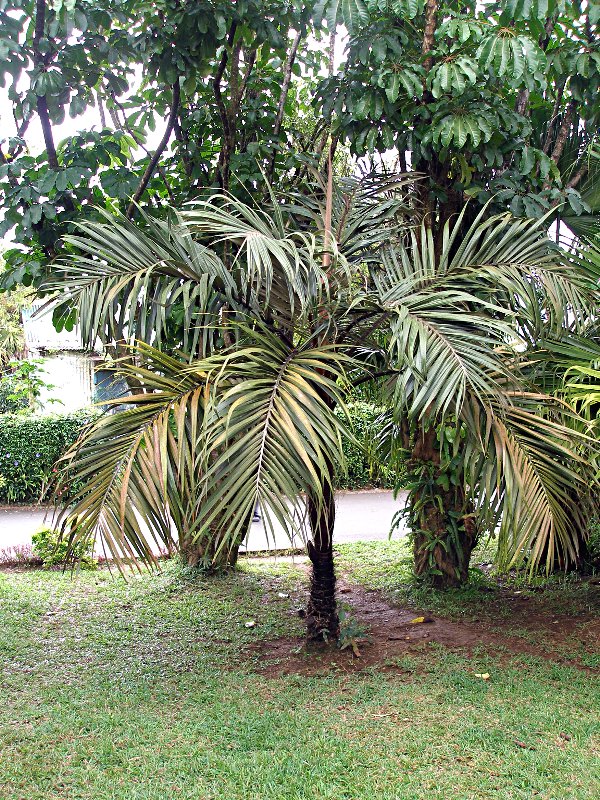 Discovered in 1969 by Marc D'Unienville, who was trying to locate seed of Acanthophoenix for his friend Jean - Alain Laloutte, he brought sample material of T. ferox to Mr.Laloutte, who recognised this as different to any other palm found on Mauritius. Field studies of T. ferox placed it in the Oncosperma alliance of arecoid palms, although studies of the pollen indicated that it was unlike pollen of the Oncosperma type and showed more resemblance to the pollen of Jessenia and Scheelea.

The late Harold Moore Jr. named this palm Tectiphiala from the Latin tectus (covered, concealed) and phiala (a flat bottomed drinking vessel, saucer, bowl) with reference to the side view of the flowers , which are at first obscured by the overlapping buds.

This heavily armoured monoecious palm grows at a height of 500-650 metres above sea level, at two localities on the central plateau, namely: Crown Land Declerc near Mare Longue and Bois Sec which are protected reserves and where the last herds of Java deer are to be found. 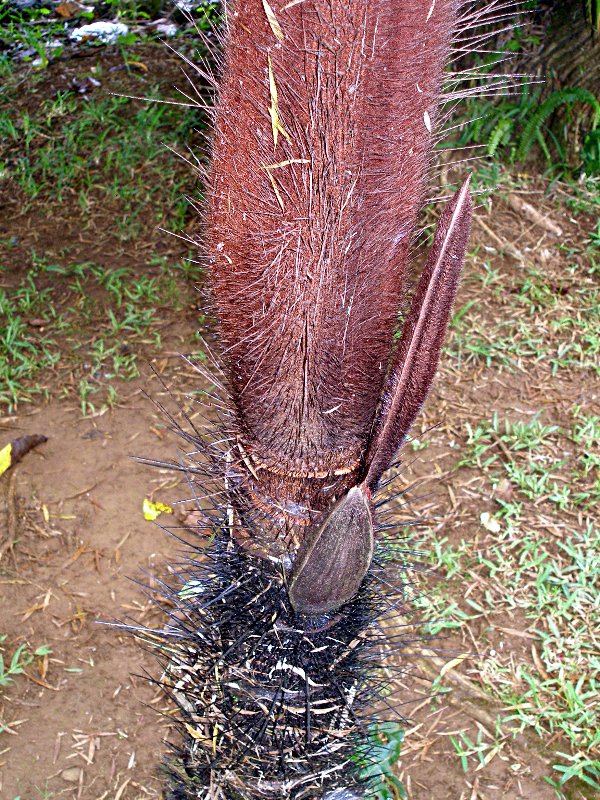 The central plateau receives an annual rainfall of 5000mm, making access to these localities extremly difficult, as these palms grow in very marshy conditions. The entire natural occuring specimens number 28. The three palms visited only had single stems although literature cites T. ferox as being cespitose with mostly two stems, one larger than the other, covered with stiff grey-black spines 150mm long. The spathe is up to 300mm long and is densely spiny. The orange-yellow flowers are arranged in groups of two females and one male, in six vertical rows throughout the rachillae. The ovoid fruits are blue-black, 11mm long by 6mm in diameter and have the scent of ripe blue berries. No seeds were found in the vicinity of the adult plants but no doubt these could have been scattered by the birds feeding on the fruits. An inspection of the soil revealed this to be heavy clay, rich in Magnesium and more or less acidic. It would appear that the requirements of Tectiphiala ferox are abnormally specific and cultivation extremly difficult, although I have heard that the Durban Botanic Garden has a seedling. It would be wonderful to see this palm introduced into this garden. 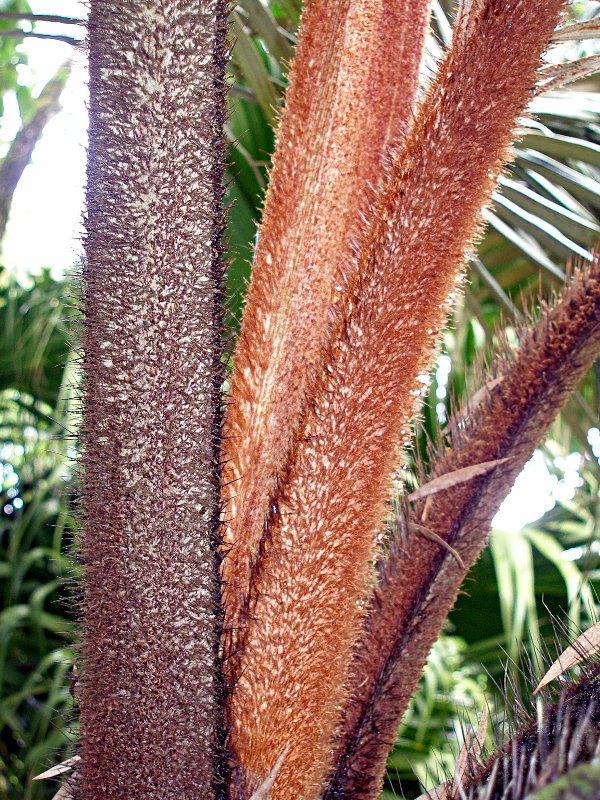 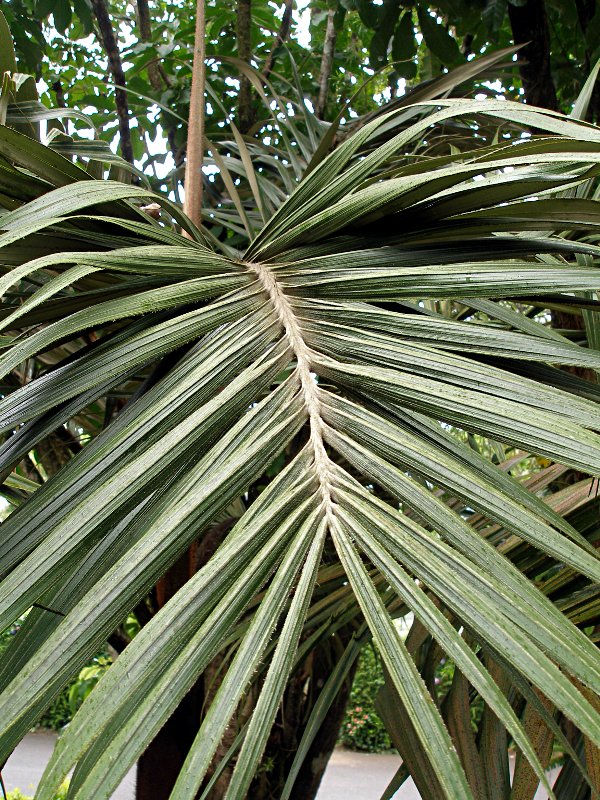 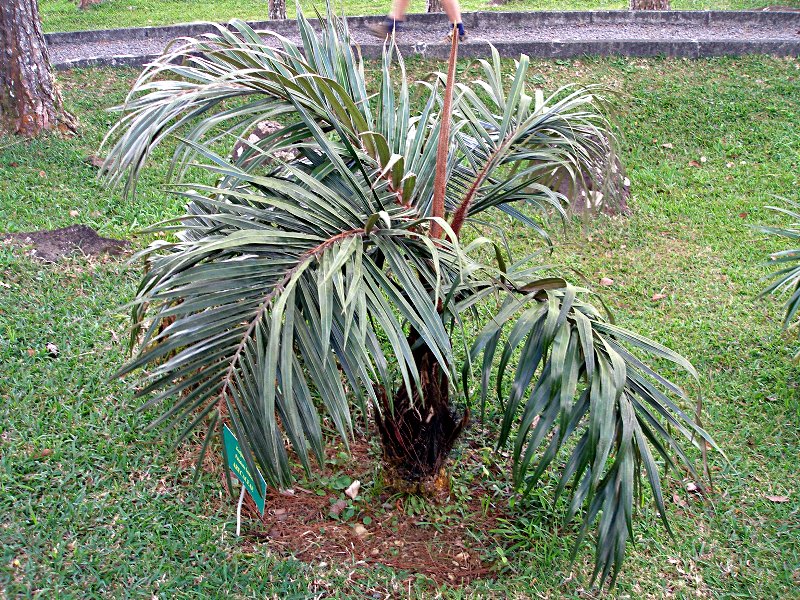