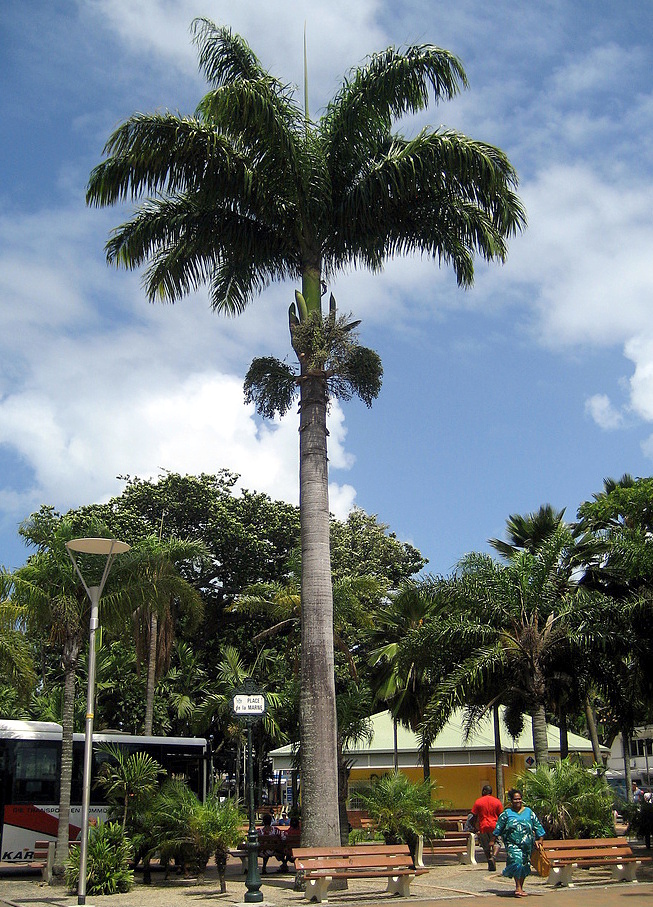 Rainforest of Cuba and Honduras, possibly naturalised in Southern Florida as it has readily elsewhere, including Costa Rica, Guyana etc. Formerly, the Florida population situated just north of its naturally occurring growing range was regarded as of a separate species, R. elata, but that determination is no longer accepted. Hybridises freely with Roystonea_oleracea particularly in Hawaii and other places where both species are commonly cultivated in close proximity.

This is quite a popular palm, and often grown in suburban gardens. Due to their size, however, this isn't recommended, since once the palm gains size, the falling leaves can be a hazard, both to the gardener, and any unfortunate plants which happen to be underneath it. Many are also planted by municipalities and private develpments only to have their outer leaves constantly and prematurely removed, as a safety precaution. This weakens the palms leading to stress and mineral deficiencies, diseases and insect attack, the result, abnormal growth and declining palms. Ultimately they end up being replaced. Once they attain a reasonable size, they are very difficult (and expensive), to remove. However given suitable planting sites they are an unmisable part of the sub-tropical and tropical landscape.

Recommended, for parks and wide driveways, highway sidings etc without direct, incidental or accidental traffic beneath etc, wherever a large stately looking palm is required. 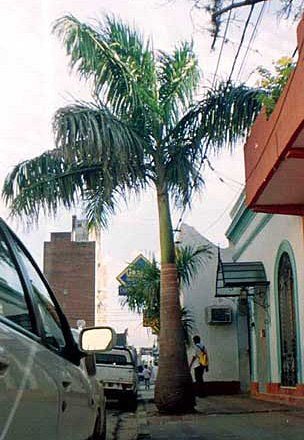 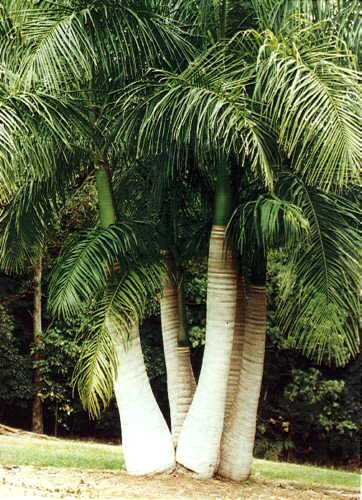 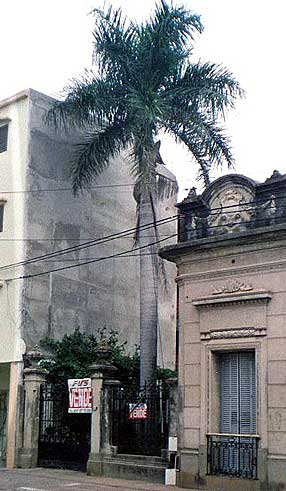 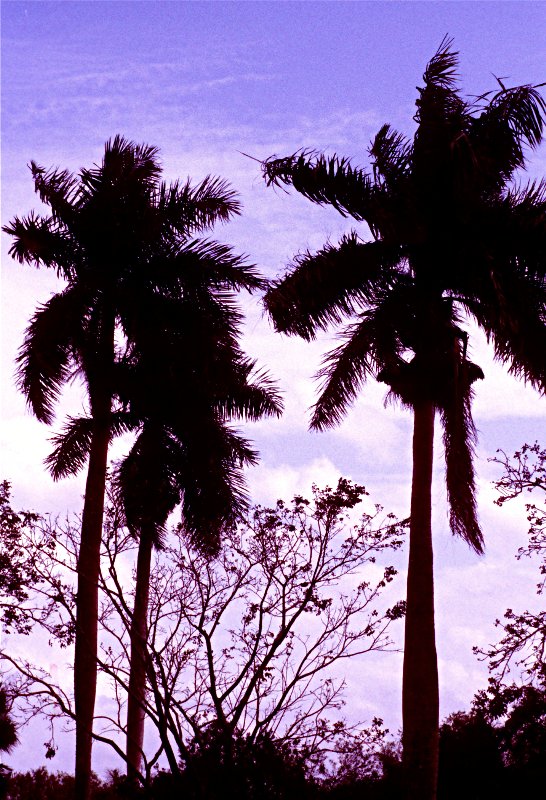 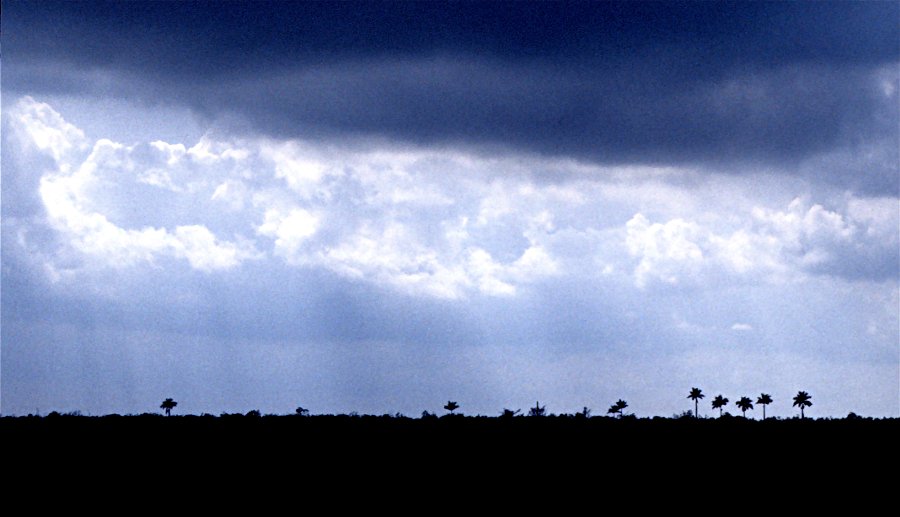