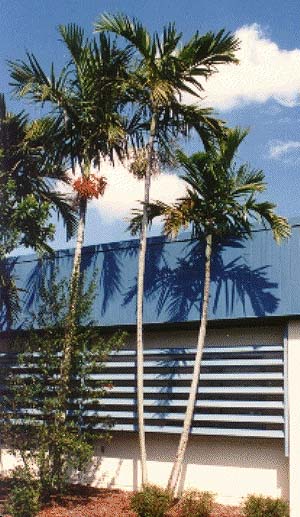 This is a single, slender, grey trunked palm to 10m. It carries a small head of semi-erect leaves, each pinnae notched in the typical Ptychosperma fashion, and produces bright red fruits. 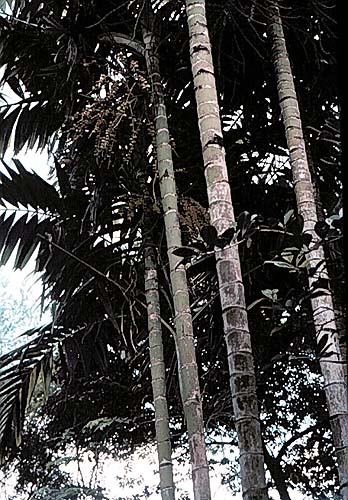 Solitaires are produced in the thousands by nurseries in the south as indoor or patio palms. Given a shady spot, they grow slim and elegant, holding a crown of dark green leaves above a green crownshaft. Irrigation, fertilizer and mulch are necessary. No garden would be without the odd corner to accommodate a specimen or two. Not used very much in public plantings, but popular locally (Northern Territory) as a tub palm. Becoming very popular with landscapers because the leaves aren't as big and hard to deal with as the widely used Archontophoenix alexandrae.

The small red fruit are quickly cleaned and the ridged seed put in shallow trays, where most will germinate in three months. Standard horticultural practice will produce a 1.5m specimen in 2 years, ready to plant in a semi-shaded position. They do equally well in sun or shade, but extremes of heat or dry wind will scorch even the most well watered mature specimen. 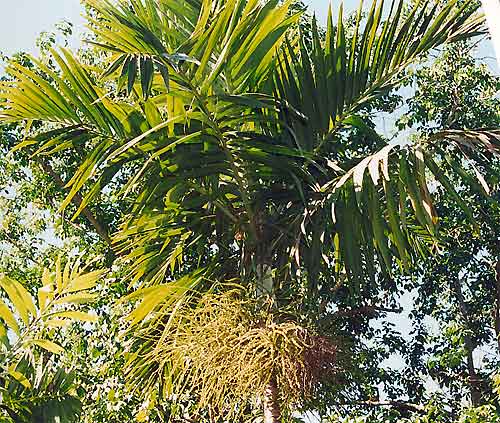