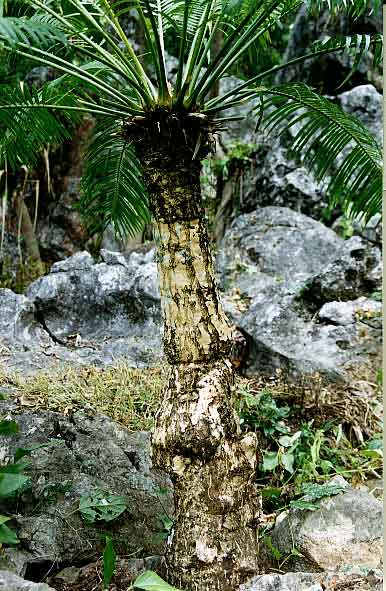 A tall cycad to between 8-10m high, with the stem being almost white, and sometimes getting 2 or 3 heads per plant.

The C. sp. 'Wilailak' has the characteristic of losing the old leaf attachment very soon after senescense leaving a clean caudex which has a flaking cork like outer surface. Last year after the commencement of the wet season two of the three specimens developed a dramatic longitudinal split through the caudex extending from below the soil level up to almost the apex of the growth centre; the split went as far as the centre of the plant. There were no complications from this rather severe means of caudex expansion, the surface of the injury quickly calloused and the surface took on the general appearance of the rest of the caudex surface, after 12 months all that is apparent is a shallow depression on the caudex. This species does suffer some sun scold to the foliage on severe days. The plants are located in the tropics at sea level in the Cairns region. 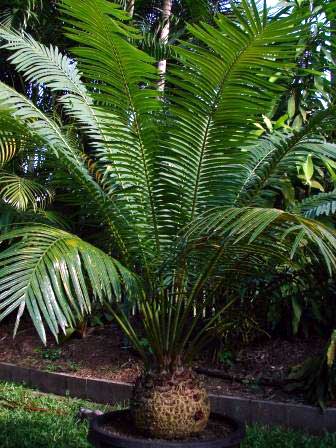 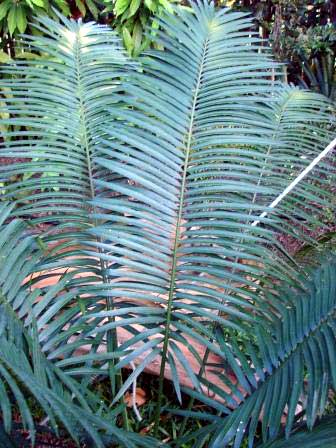 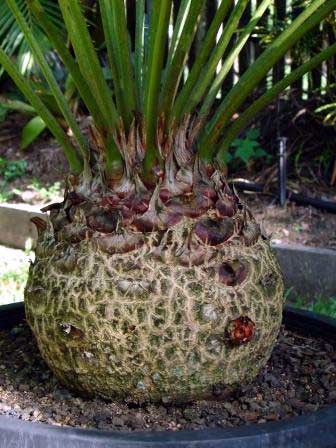 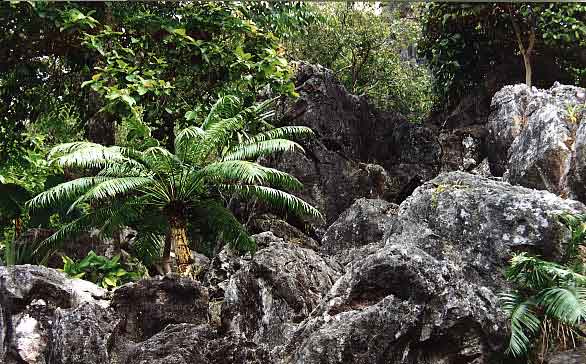 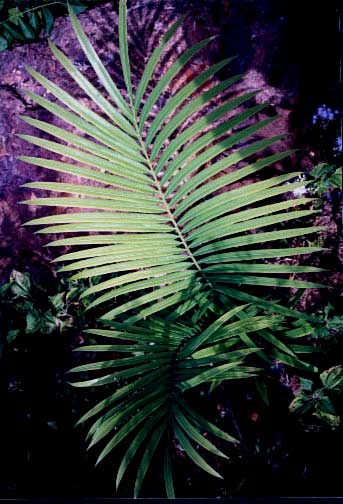 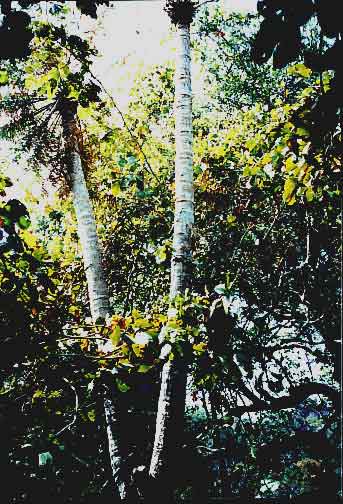