Difference between revisions of "Cycas desolata"

In late 1993 a population of Cycas, from an area north-west of Charters Towers, was reported by R. Fensham (Queensland Herbarium) and its fronds keyed to C. cairnsiana according to Hill's (1992) key. As no C. cairnsiana was known for this locality it became the subject of some interest. An investigation in early 1994 showed it to have several distinct differences from C. cairnsiana and also C. platyphylla, a closely allied species, resulting in a unique taxonomic status for the Cycas was named Cycas desolata P.I. Forst. 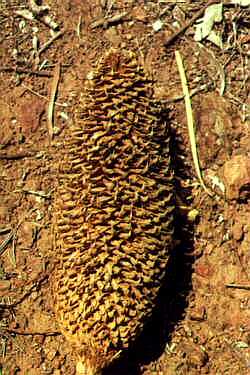 Forster (1995) reports C. desolata "... unique in Australian species of Cycas with respect to the blue foliage, fronds without basal spines on the petiole, leaflet margins re-curved, leaflet base gradually narrowing proximally, leaflets straight and relatively long (180-210 x 3.8- 5 mm) and the small broadly triangular megasporophyll lamina." He further adds, "C. desolata is a striking cycad because of the blue coloration of the foliage and the large size of some individuals." One plant at the type locality is cited as "...exceeding 7 m in height...".

C. desolata is known from at least two plant populations that occurs over an area of about 40 km in eucalypt woodland on shallow skeletal soils or low rocky outcrops and is a relatively common plant in its habitat. The specific epithet given in the naming of the species desolata refers "...to the ruinous or desolate nature of the habitat where this plant occurs. " 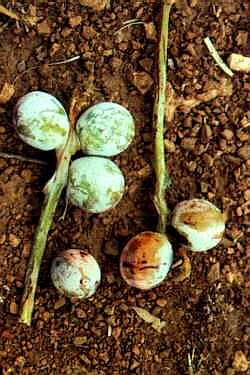 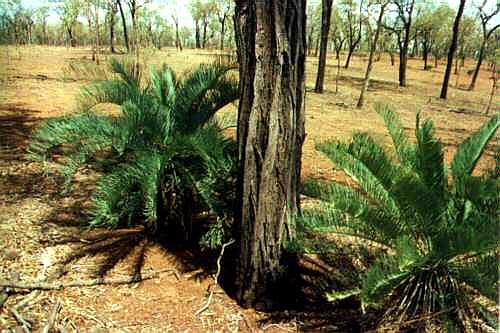 Extracts reproduced with permission of the Editor from:
Forster, P.I. (1995). Cycas desolata (Cycadaceae), a new species from north Queensland. Austrobaileya 4(3):345-352.