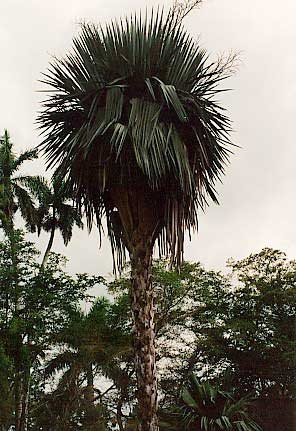 C. rigida is a Cuban endemic that has a disjunct distribution. The typical gray form is from the savannasof Western/Central Cuba, but faraway populations occur in Eastern Cuba, in the mining areas of toxic metal soils between Moa and Baracoa.

An extremely distinctive and unusual, medium sized Copernicia, which has steep, wedge-shaped, circular leaves with sharp spikes that funnel into its center, giving it a very noticeable "shuttlecock" appearance.

Some botanists are raising the possibility that C. rigida is carnivorous. It leaves form a very effective trap for small animals, which die and rot there, providing nutrients for the plant. This possibly evolved after the last ice-age, when C. rigida's habitat was a desert. 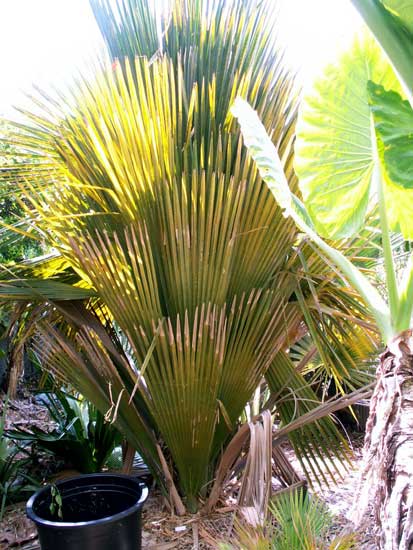