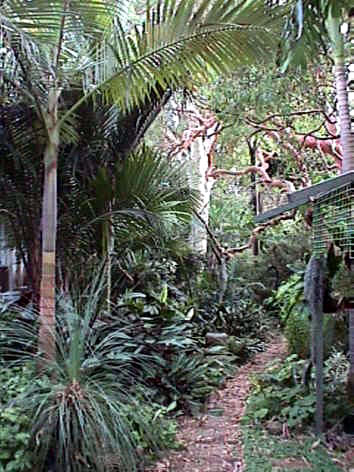 Figure 1. The Garden. (With an Archontophoenix purpurea on the left).

Near the coast winters are not very cold no frosts and summers are not very hot, not many days above 30°C. Sydney is rather humid, which some people dislike, but many palms love it. Average yearly rainfall is 1200mm, but quite unpredictable as to when it will arrive: short droughts make watering essential from time to time. Some shelter from drying westerly winds, but frequent strong southerlies. Parts of Sydney have good soil, but ours is on sandstone: shallow, poor, and sandy; good drainage but no natural nutrients at all. Gardens must be built up with both organic material and inorganic fertilizers, extra potassium and magnesium as well as trace elements. Another factor is shade, of which we have an abundance, [Fig.1] from big old remnant trees Eucalypts, Angophora costata (Sydney Redgum), Glochidion (Cheese Tree) and Pittosporum, as well as other natives added over the years Melaleucas, Brachychytons and

In 1971 a Howea forsteriana in an old garden next door provided the seed from which our oldest palm was grown. It took over twenty years before it was itself fruiting. Meanwhile we planted a whole grove of about sixty of them, various sizes, many grown from seed, as well as many others around the garden. This is an ideal palm for Sydney. Another slow one, bought about 1976, was Livistona chinensis. Growing in about 20cm of soil, it kept blowing over in the southerly until it was able to lean against some steps. Now it has a nicely curved 2m. trunk and has flowered but has not as yet set fruit. A Golden Cane (Dypsis lutescens), bought about the same time as an indoor plant (not multi-planted!) and later planted out beside the swimming pool has also flowered in recent years, without setting fruit. The name Parlour Palm attracted an impulse buy in 1976. Later identified as Chamaedorea elegans, it also has done well in a group outside. In those days the choice of palms to buy was quite limited. A trip to the Gold Coast brought half a dozen palms described as Princess Palms - which we later identified as Archontophoenix alexandrae. It was some years before our local palm, the Bangalow, A. cunninghamiana, became available. But Cocos plumosa, (now Syagrus romanzoffiana) was appearing in quantity. One remains, with 8m. of trunk. A Cuban Royal, Roystonea regia was 2m. tall when brought home from the Gold Coast in 1983. Its crown was rather tattered by the southerly for years, but now with 3m. of trunk it looks as a Royal Palm should. 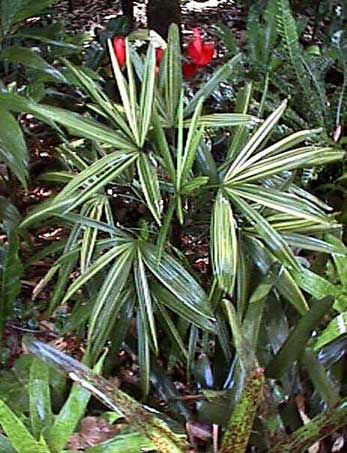 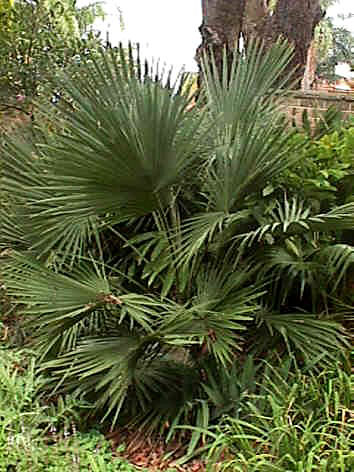 The Royal Botanic Gardens, with its numerous thickets of Chamaedorea costaricana, contributed seeds from which have grown many clumps - ideal for screening off the neighbours. It must be confessed that in those days we did not realise that Chamaedoreas need both sexes to set seed, and we grew a nice clump of Chamaedorea microspadix for several years, wondering why it did not fruit, before we acquired the other sex. Now we have over 30 species of Chamaedorea in the garden, most of them setting seed, sometimes with help for pollination. [Chamaedorea brachypoda, Chamaedorea oreophila,Chamaedorea nubium] Since joining the [[www.palms.org" International Palm Society and what is now theSydney Branch of PACSOA in 1985, the proliferation of palms available, plus Seed Bank seeds, has allowed us to learn from experience which palms will grow here and which won't. There are now over 150 species in the ground. The Genera that do well include Rhapis, including a variegated R. excelsa "zuikonishiki" [Fig. 2], Pritchardia, Caryota and Brahea [Fig. 3] all the Braheas were grown from seed. Most Australian palms do well, although Livistona other than L. australis do better in Western Sydney where summers are hotter. Some are slow, like Licuala ramsayi, but look good even when young. Laccospadix australasica of both forms and most Linospadix except L. apetiolata are happy enough [Linospadix palmeriana], as are all the Archontophoenix species and all four species from Lord Howe Island. Ptychosperma elegans has set fertile fruit.[Fig. 4] Of the newer Madagascan palms, Ravenea rivularis stands out. [Fig.5.]. 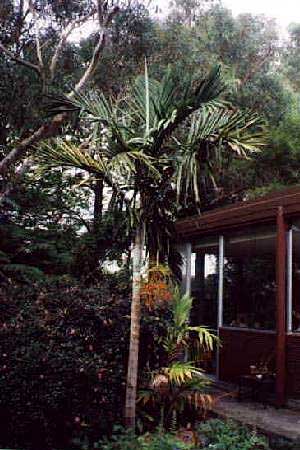 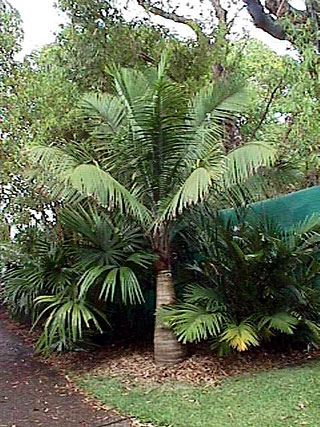 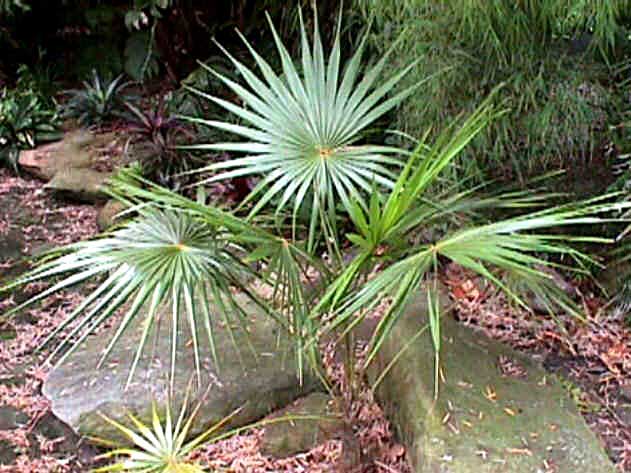 Ian Edwards (a member of the Sydney Tropical Garden Society).