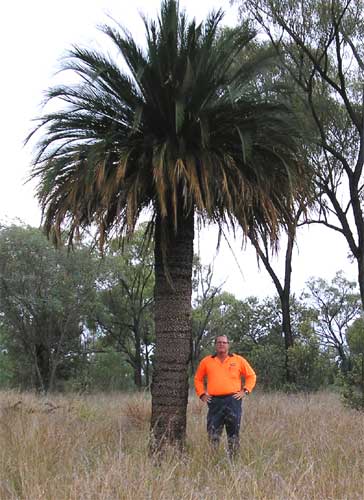 Several species were important food sources for Australian Aborigines, after extensive processing to remove toxins. They typically pounded and then soaked the seeds in water for a week, changing the water daily or else in a running stream. The pulp was then made into cakes and roasted over hot embers.

The more abundant species have also been recorded as livestock poisons. Most species have at some time gone under the common name of Burrawang, although this is somewhat in error. The word is from the Dharuk language (the people originally of the Sydney and Illawarra region), "barawan[g]", referring to 'M. communis. The term Burrawang has since been applied by European writers to most other Australian cycads (Macrozamia|Macrozamia, Lepidozamia|Lepidozamia and Cycas|Cycas)