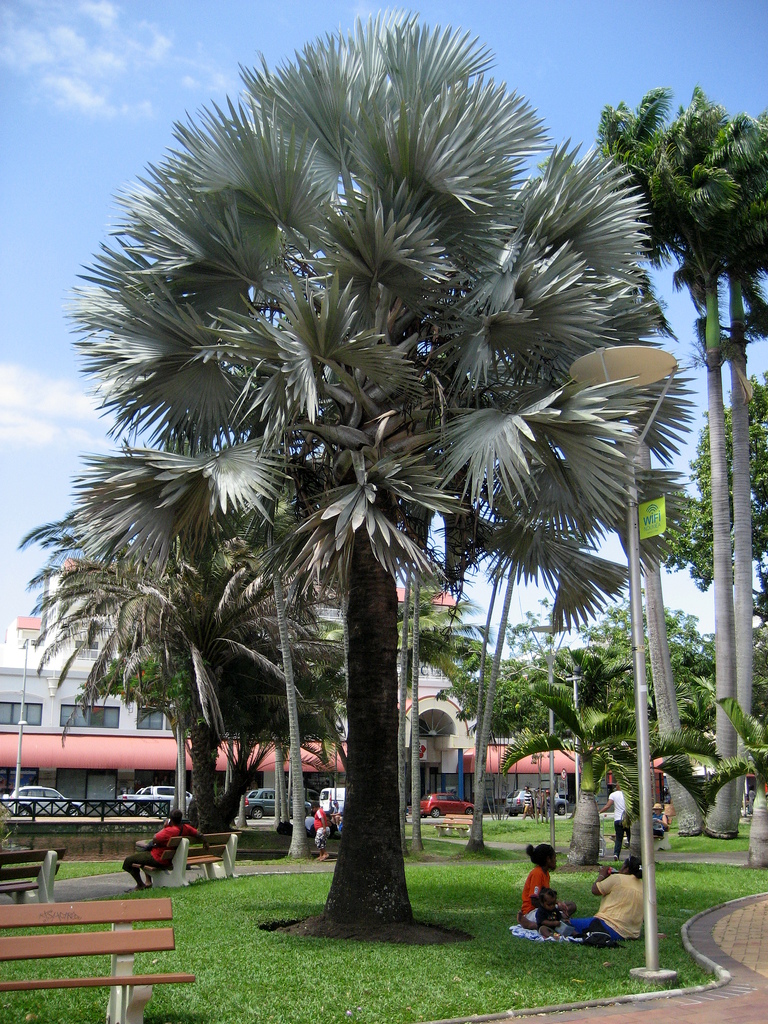 A spectacular tropical/sub-tropical fan palm with huge blue-grey fan leaves up to 3m (9 feet) across. It has stout, smooth, grey trunk to about 10m (35 feet). There is also a green leaved form.

It is dioecious which means that it has male and female plants.

It was named after the 19th century German chancellor, Prince Otto von Bismarck, and is one of the few palms named after a politician.

A very spectacular palm, and well worth a position in any garden that can accommodate it. It requires a sunny, warm, and well drained position and is drought, and frost tolerant. The blue form is more cold tolerant than the green form, and can survive light frosts. A reasonably fast grower for a large fan palm.

It is notoriously sensitive to root disturbance, and so is very difficult/impossible to transplant, and also need care when potting up or planting out. Make sure none of the roots are broken, and definitely don't trim any back. 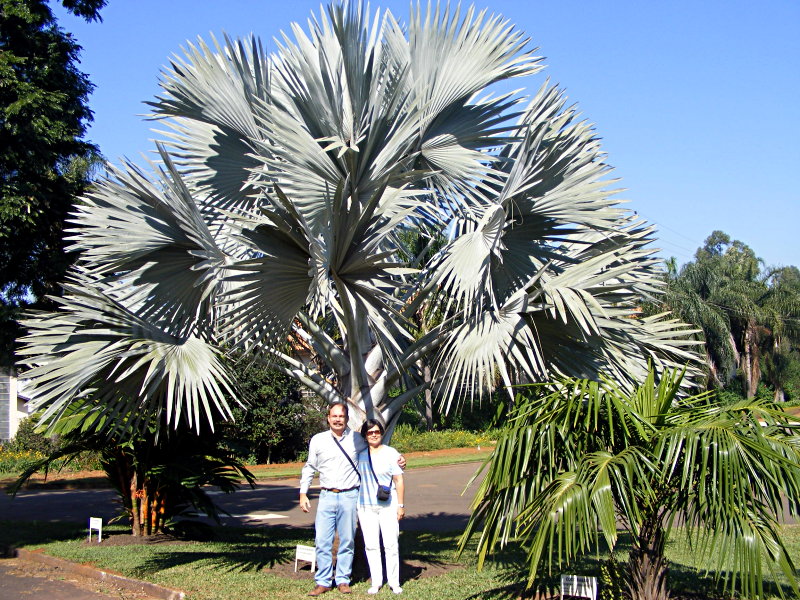 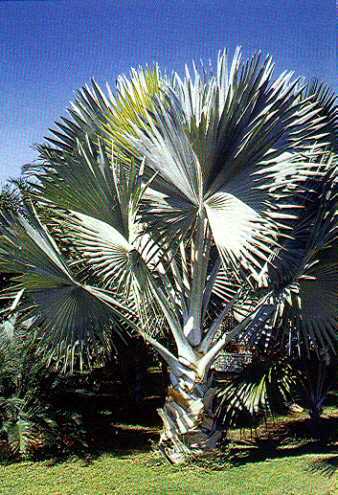