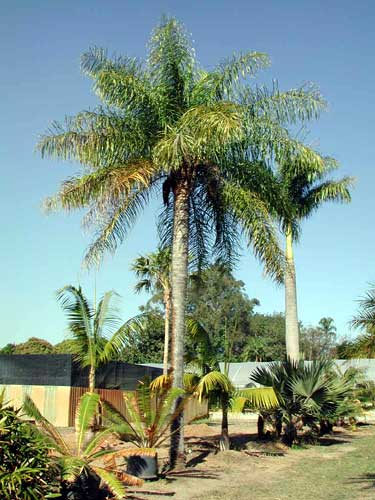 Figure 1. A. aculeata in south-east Queensland.

Many (most of the 30 or so species of Acrocomia are now just considered variants of this species). A. chonta, A. chunta, A. totai

Found in open forest between Mexico and Argentina.

A large, viciously spined, solitary palm to about 15m, with a grey trunk, black spines, and long, plumose leaves.

The habitats of Acrocomia aculeata in Argentina, is located inside great forest in the north of the country, especially in the frontier with Bolivia and along the Rivers Paraguay and Parana (see the map).

The trunk, rachis, leaves and fruits is covered by long, hard and black spines, and that which, is the reason so that it is not appreciated for cultivation in gardens and parks. However, it is commonly grown in cities and gardens.

The fruits are green and yellow when they mature and seeds germinate very slowly when fresh.

The Acrocomia looks like Syagrus romanzoffiana but with a shorter canopy and spines. It tolerates cold, and the pulp of their big fruit is edible when is mature and is called by the local people "candies of the indians".

The latitude 29° 30' S is, approximately, the southern limit of this species and tolerate cold to -5°C

A very hardy palm, growing as far south as Sydney (in protected pockets). Likes full sun, and lots of water, but good drainage. Seed takes up to 6 months to germinate, and seedlings are very slow. 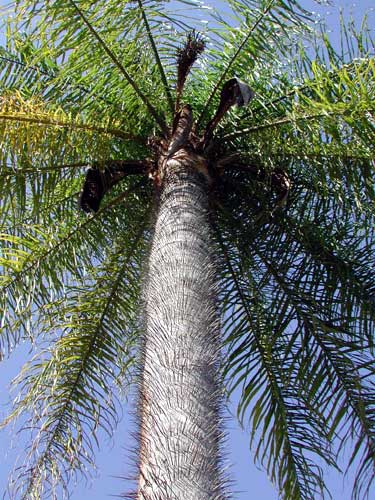 Figure 2. Looking into the canpoy.

Figure 3. Trunk close-up (you just want to give it a good cuddle, don't you :) 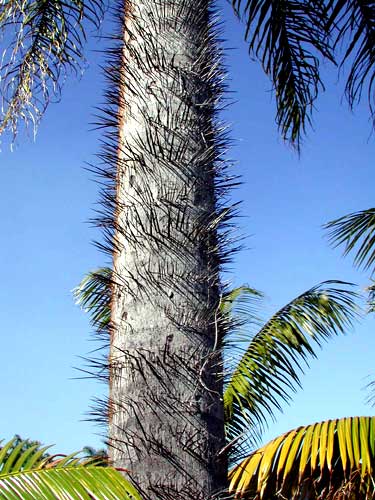 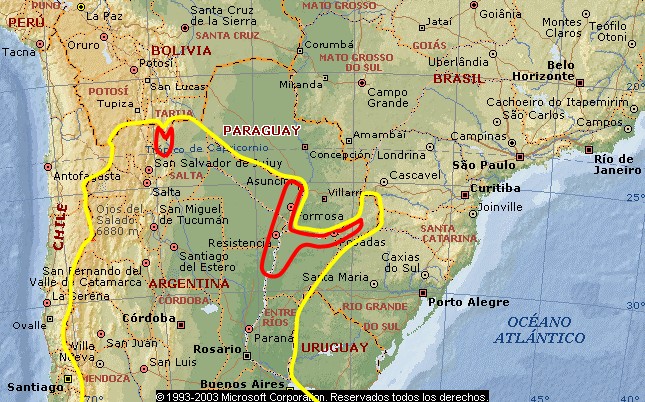 Figure 4. Approximate location of A. aculeata habitat in Argentina.